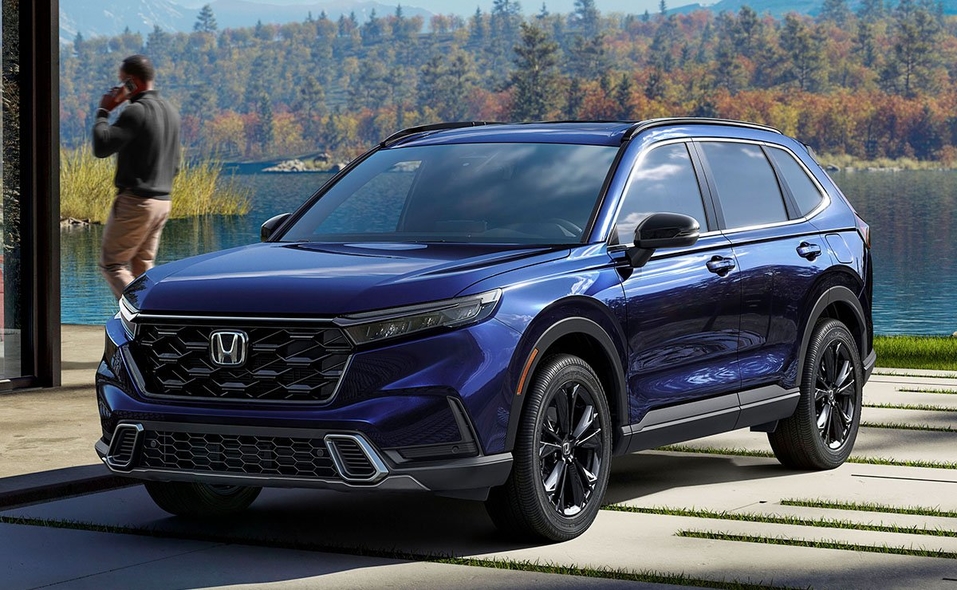 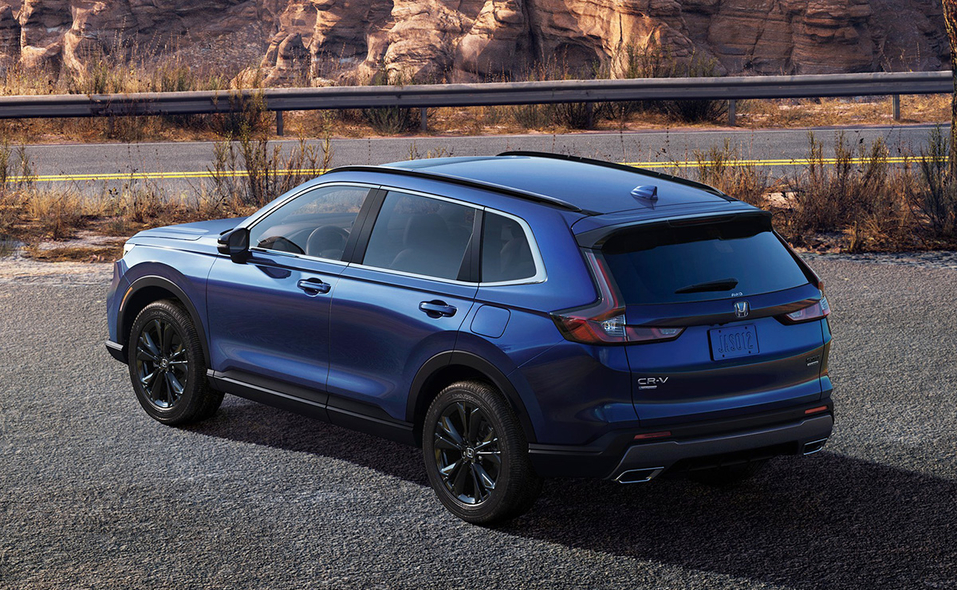 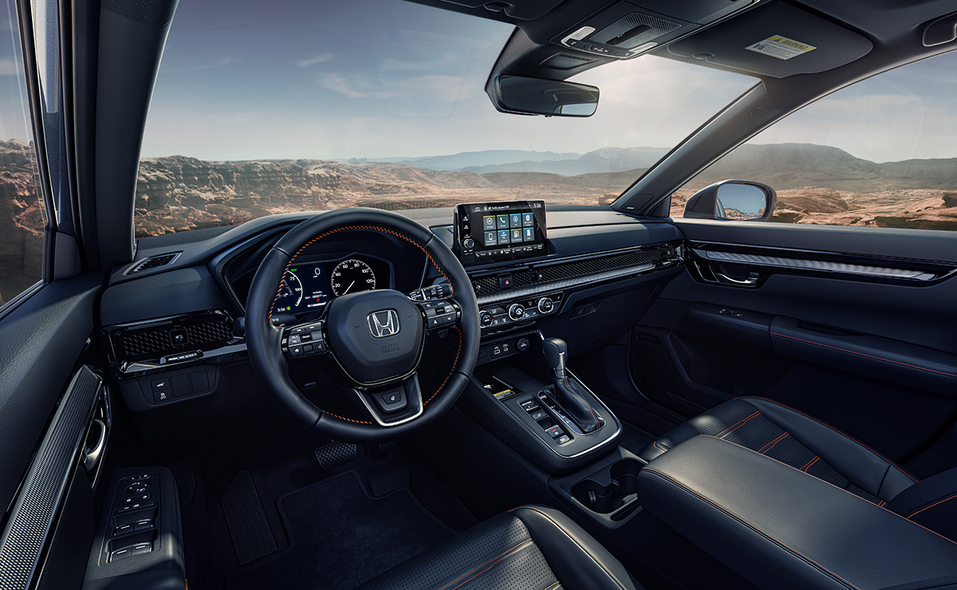 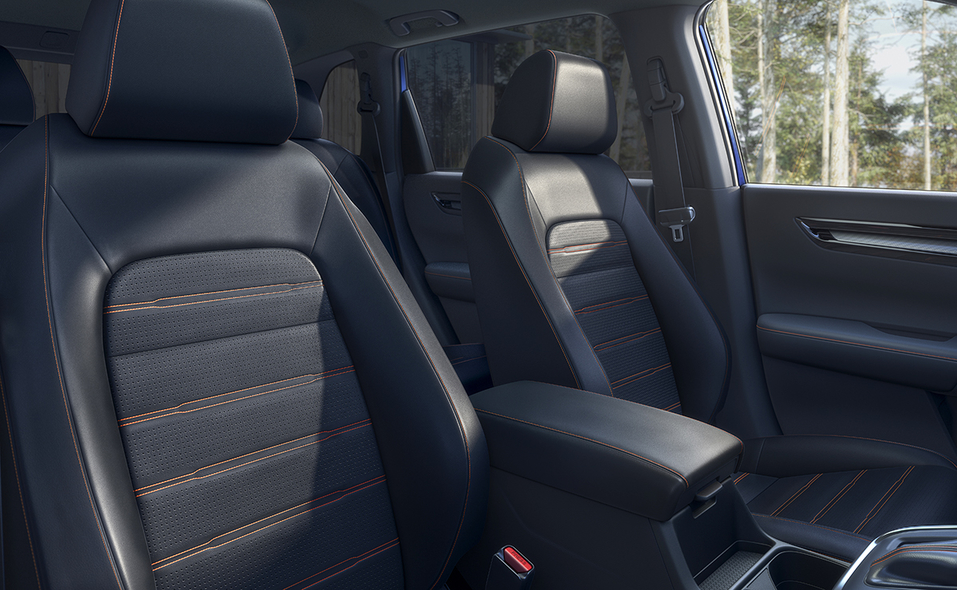 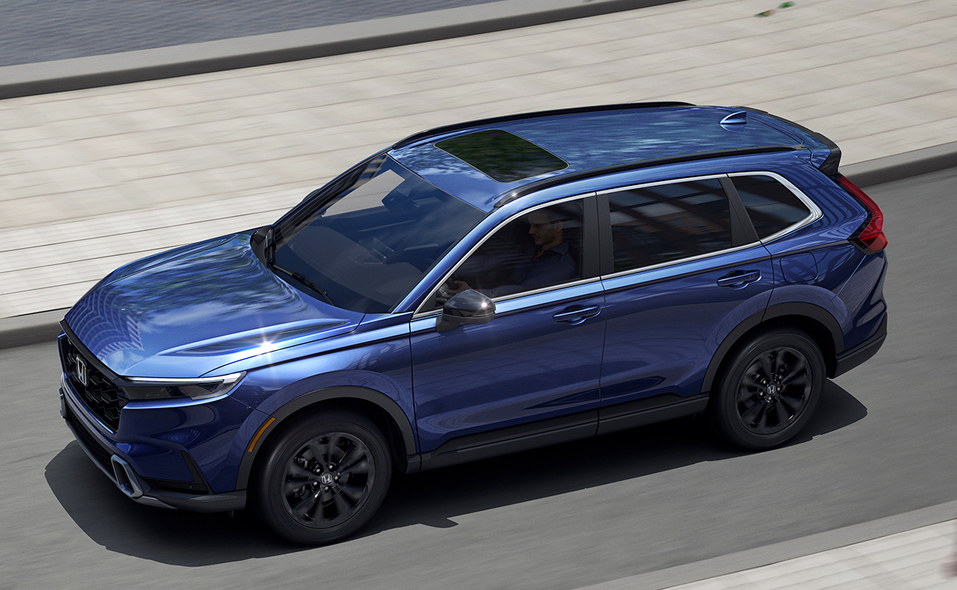 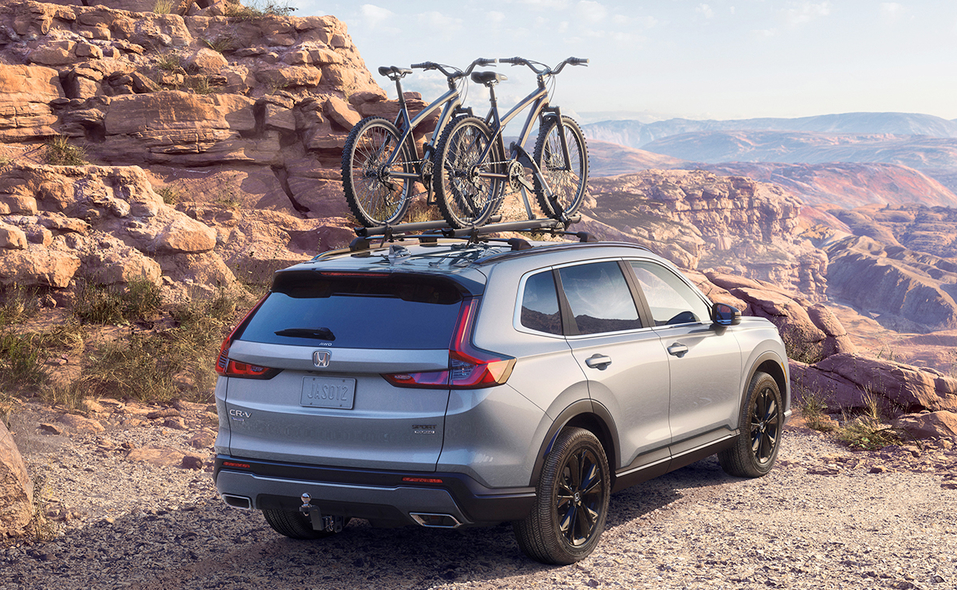 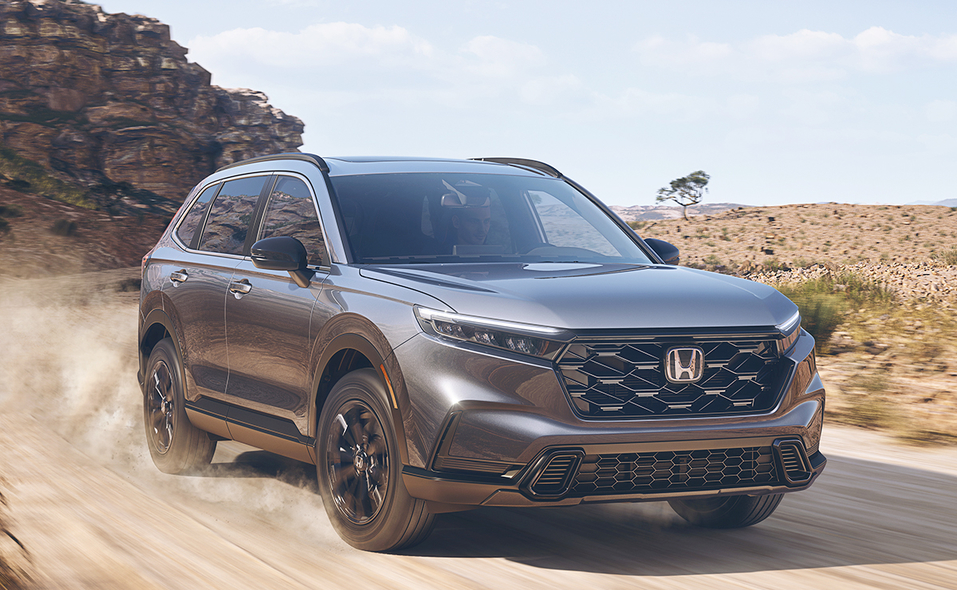 Honda's sixth-generation made-in-Canada 2023 CR-V compact crossover is bigger, sportier and will feature a hybrid trim positioned at the top of the Canadian lineup that the Japanese automaker hopes will entice half of all buyers to go green.

In addition to a new fuel-sipping hybrid, the latest CR-V represents a major advance over the outgoing model in terms of style, ruggedness, tech and driving dynamics, according to Mike Kistemaker, assistant vice president of Honda sales at American Honda. Kistemaker says the CR-V, the No. 2 compact crossover last year in Canada after the Toyota RAV4, has played an important role for Honda in the past and will continue to do so in the future.

Honda is boosting output of gasoline-electric versions of the 2023 CR-V substantially because the company expects the new hybrid trim — the CR-V Touring — will represent about half of all sales.

The hybrid push with the CR-V is the first tangible sign of a "serious electrification effort on Honda's part," according to Ed Kim, president and chief analyst of AutoPacific. "Going 50 per cent hybrid on Honda's top seller is aggressive, and by sheer numbers, the carbon emissions savings for its … lineup will be significant," Kim said.

The hybrid trim is not only aimed at luring new buyers at a time of record gasoline prices, they are also designed to keep the CR-V competitive with the RAV4. The two rivals dominate the compact crossover segment, now the largest in the industry.

"RAV4 has a very strong hybrid mix and that's one of the attributes that has propelled it to the upper ranks of the sales charts," Kim said.

The CR-V Touring hybrid trim will be powered by a new, fourth-generation two-motor hybrid-electric system. The 2.0-litre, inline four-cylinder delivers 204 hp and 247 pound-feet of torque.

Horsepower drops from 212 on the outgoing model, but torque increases more than 10 pound-feet, giving the CR-V a 1,000-pound towing capacity. That's an upgrade from the current model, which is not rated to tow.

The CR-V Touring comes only with awd.

The gasoline-powered LX, EX-L and Sport models also get an updated front-wheel drive, turbo 1.5-litre engine refined for better emissions performance. Awd can be added to all models.

Output for the gasoline models remains the same at 190 hp and 179 pound-feet of torque. Peak torque arrives 300 rpm earlier, between 1,700 and 1,500 rpm, which improves response. Engine noise also has been reduced.

Honda did not disclose fuel-efficiency ratings for the 2023 model.

Just like the recently launched, second-generation HR-V subcompact crossover, the CR-V will feature standard Hill Descent Control, giving the driver control on slippery or steep roads when driving between three and 20 km/h. A Snow mode joins the Normal and Econ modes, and the top-shelf Touring adds a Sport mode.

Consumers will find generous space enhancements in the new CR-V. Overall length is increased by 6.8 cm (2.7 inches) with a  4-cm (1.6-inch) longer wheelbase. A slightly wider track gives the crossover a broader appearance.

Styling on the new CR-V aligns with Honda's new design direction found on the Civic and HR-V that includes a low horizontal beltline, long hood and LED headlights. The 2023 CR-V's large, upright grille can also be seen across Honda's light-truck lineup and is likely to be featured on an update coming on the three-row Pilot. The LX trim comes with 17-inch steel wheels while the EX-L and Sport have 18-inch alloys and the Touring comes with 19-inch allow wheels.

The base of the A-pillars have been pushed nearly 13 cm (five inches) rearward, seven cm (2.8 inches) outward and 3.5 cm (1.4 inches) lower. The side mirrors also have been moved below the window panel to the door, increasing visibility.

The CR-V interior undergoes a complete redressing with higher-quality materials and less surface reflection in the instrument panel to reduce visual distraction. A honeycomb mesh that conceals the air vents spans the dash for a sleeker, less cluttered look.

The new proportions allow for more space between the front and rear seats as well as a tad bit more legroom for rear passengers, and the seats offer eight angles of recline.

Behind the back seat of both the gasoline and hybrid models is 1112.8 litres (36.3 cubic feet) of cargo space. That is an improvement for the hybrid models, which previously only offered 33.2 cubic feet of space. The rear load floor also can be lowered, increasing stowage to 39.3 cubic feet, and the 60/40 split in the seatbacks add additional loading flexibility. With the rear seats folded flat, cargo space expands to 2166.2 litres (76.5 cubic feet).

The LX gets cloth upholstery, and the EX-L and Sport both offer leather. Honda says new "body stabilizing" seats reduce fatigue over long hauls and that the steering wheel's angle is now more sedan-like.

The 2023 CR-V LX gets a larger 7-inch touch screen with Apple CarPlay and Android Auto compatibility as well as a 7-inch information display behind the wheel with a digital tachometer. The speedometer remains analog. A USB-A and USB-C port are built into the front storage area. The two Sport trims adds two rear USB-C ports.

Safety also is a large consideration for the new CR-V. The driver and passenger front airbags have been reengineered and redesigned to minimize brain trauma in angled frontal collisions. Honda also added standard knee and rear-passenger side airbags, increasing the number of airbags from six to 10.

Honda's Sensing suite of advanced driver-assistance technologies is standard and features a new camera and radar that have a wider field of view that Honda says improves the system's ability to recognize objects and therefore enhances the performance of the collision mitigation features.

The 2023 CR-V LX, EX-L and Sport gasoline-powered trims will go on sale this summer. Honda says the hybrid models will follow later in the year.