New 2024 Chevrolet Blazer EV builds on styling of its internal-combustion counterpart, with with a lower profile, as GM targets biggest segments 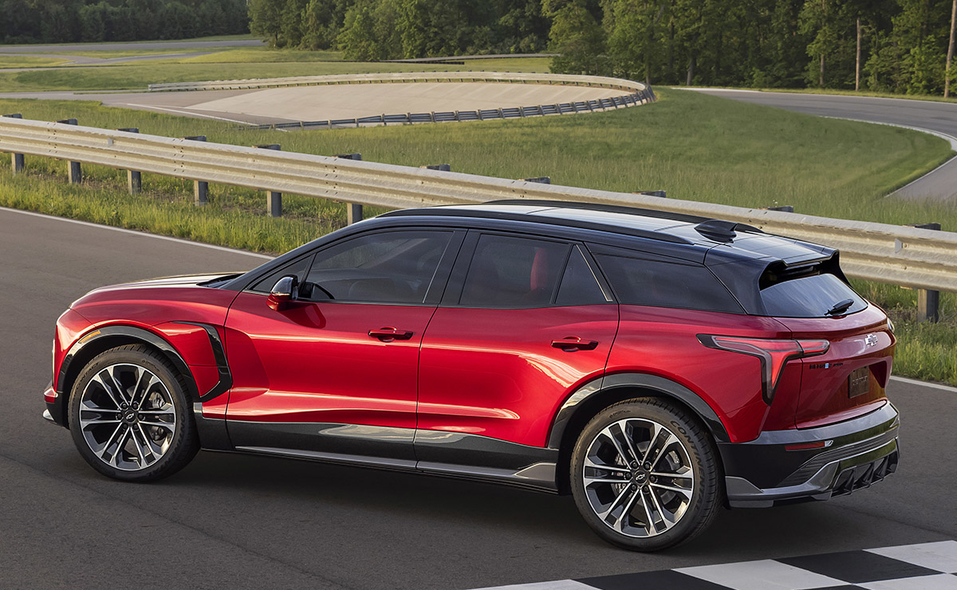 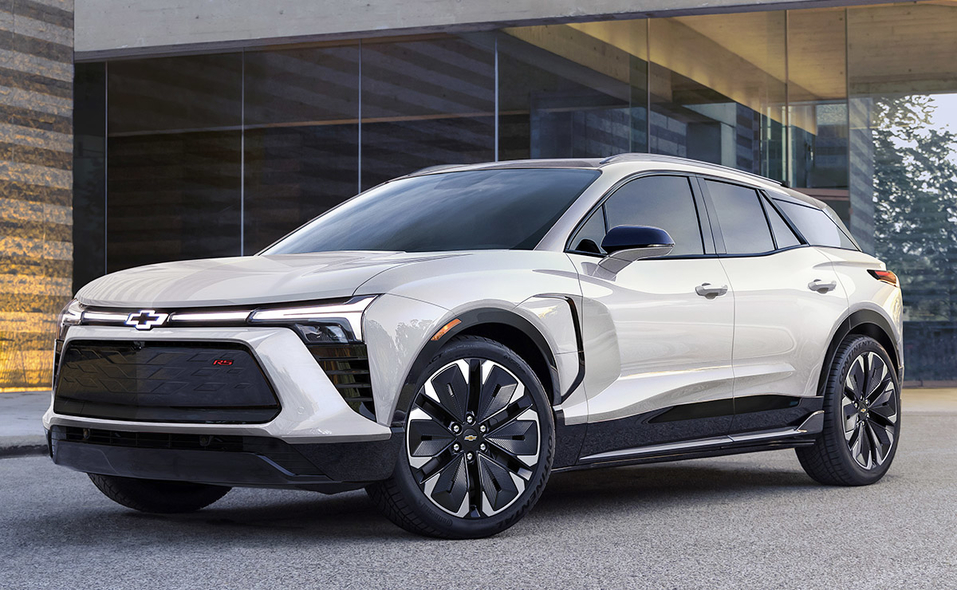 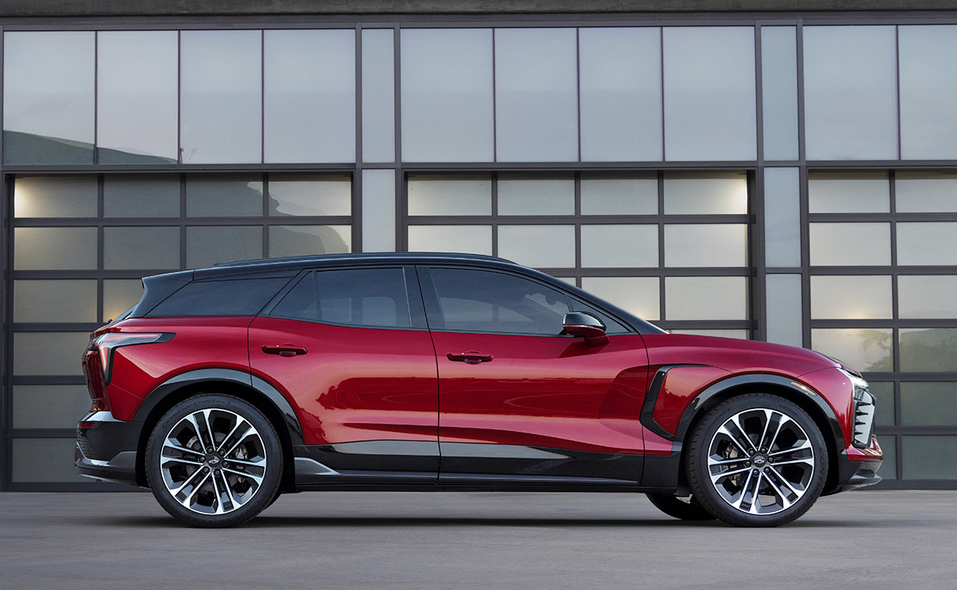 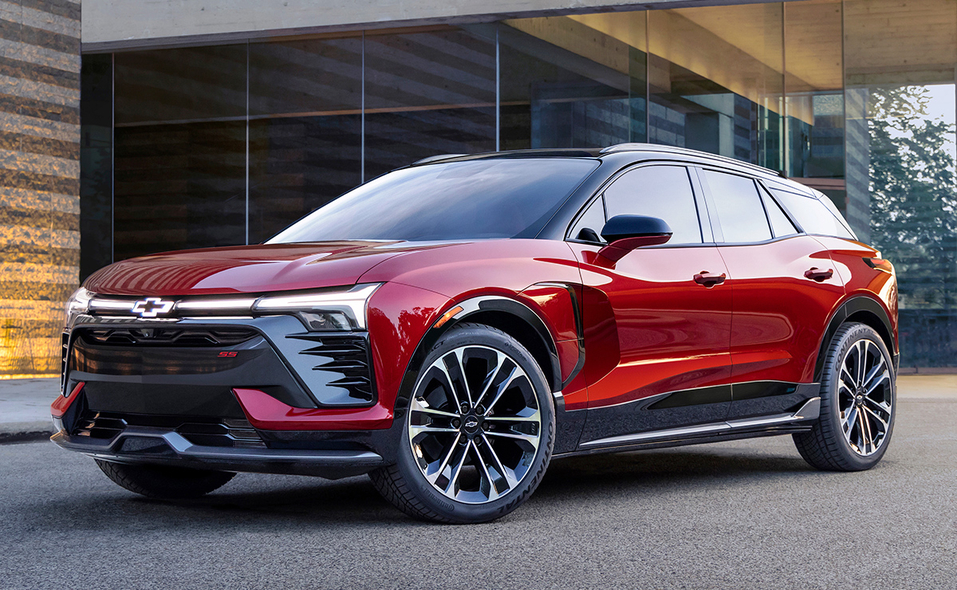 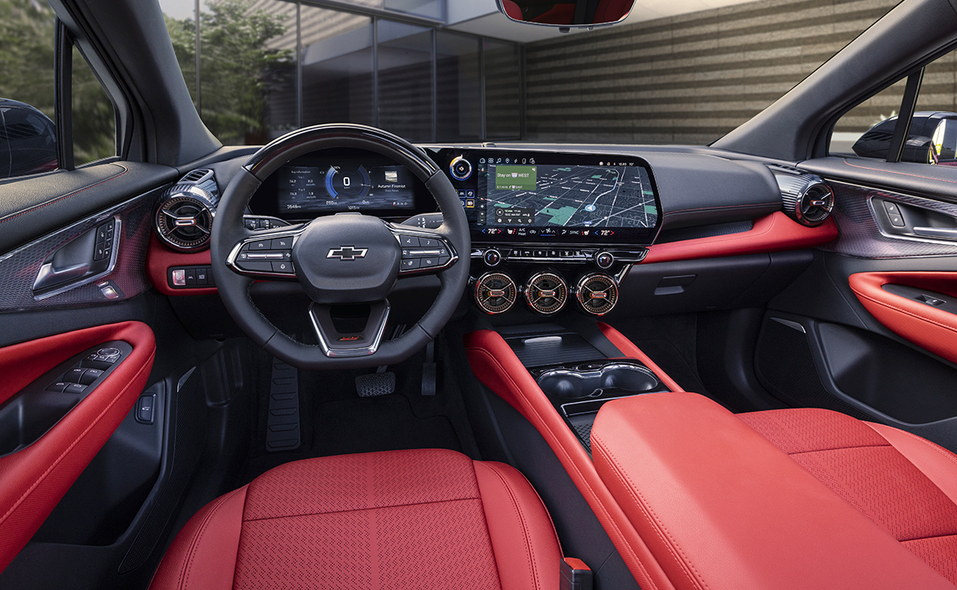 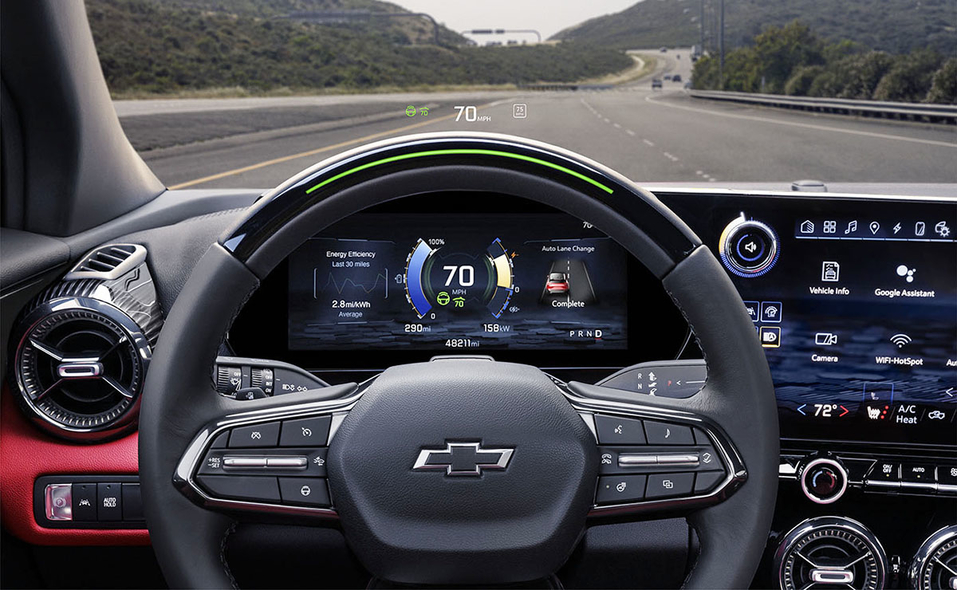 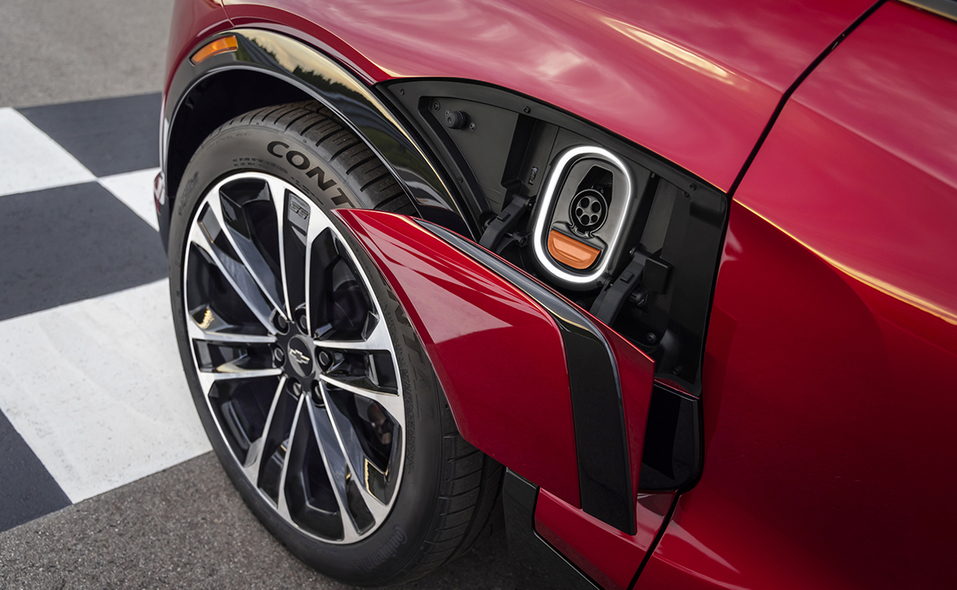 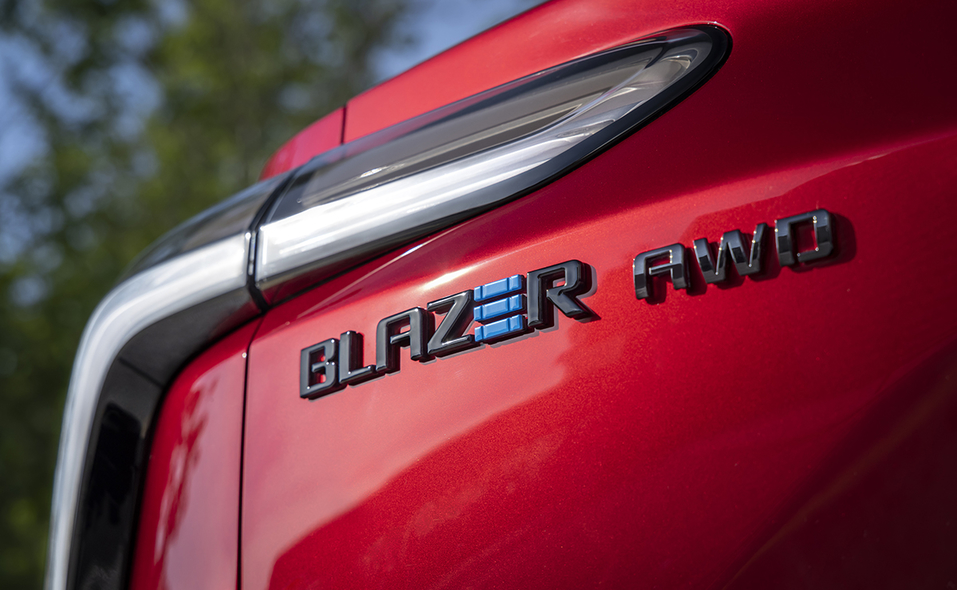 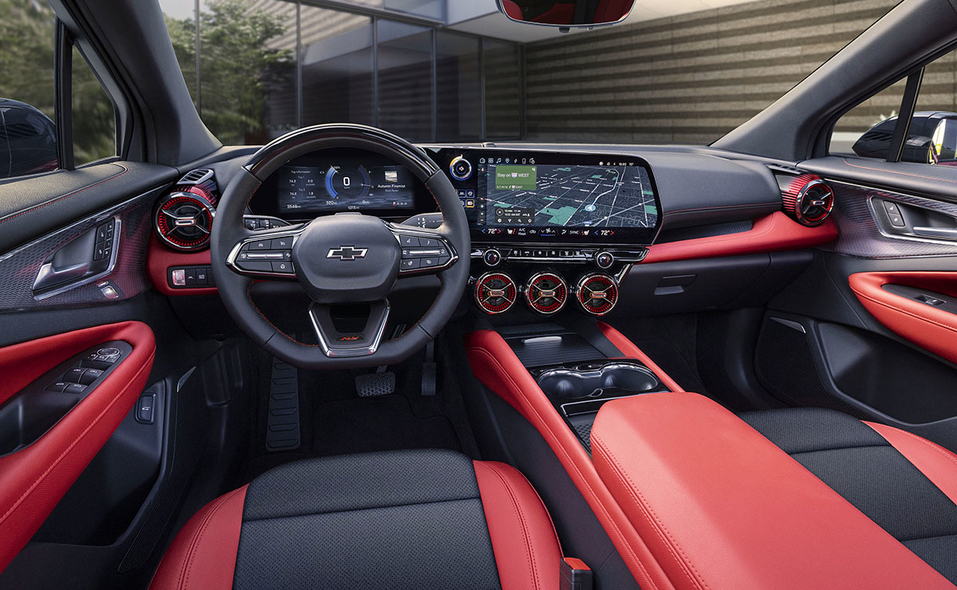 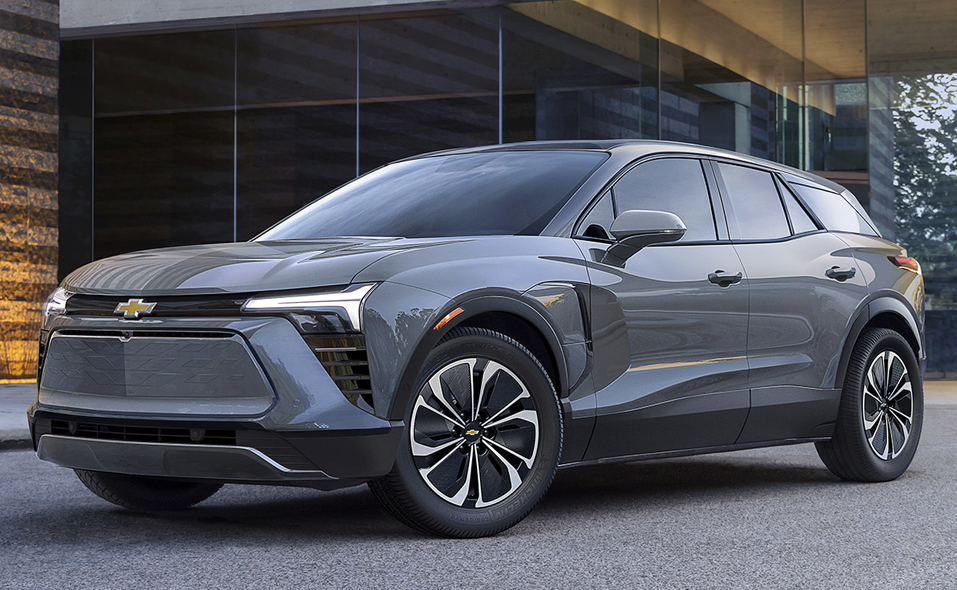 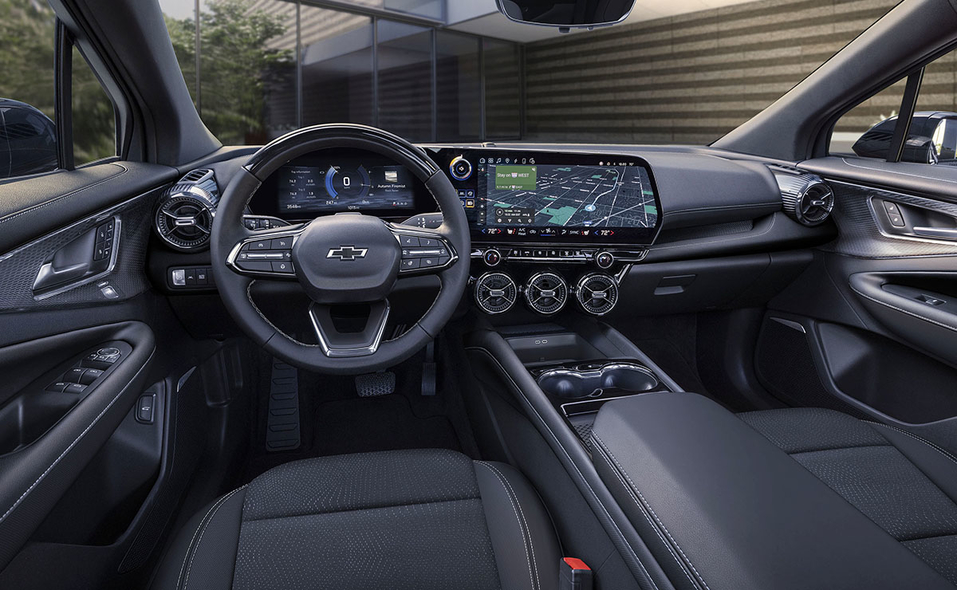 DETROIT — The Blazer EV, Chevrolet's first electric midsize crossover, builds on the design of its internal-combustion counterpart. Beyond that, the electric Blazer is forging its own path as Chevrolet targets electric vehicles in the biggest segments.

The EV "shares the Blazer name and spirit, but other than that, it shares absolutely nothing," Scott Bell, vice president of Chevy, told reporters this month.

Chevy plans to launch the 2024 Blazer EV in a trim-by-trim cadence beginning next summer, starting with the 2LT model priced at $56,598, including shipping. Eventually the nameplate will have starting prices ranging from $51,998 for the most basic version to $80,998 for an SS performance model.

Chevy also will build a police pursuit version. Depending on the trim level, the Blazer EV has a General Motors-estimated range of 397 to 515 kilometres on a full charge.

The crossover will be built alongside the gasoline-powered version, which was introduced in 2018, at GM's Ramos Arizpe assembly plant in Mexico.

The Blazer EV is the larger and higher-priced of two electric crossovers Chevy plans to roll out in 2023. The Equinox EV is expected to go on sale late next year, starting at about $10,000 less than the Blazer.

Both crossovers — like the GMC Hummer EV, Cadillac Lyriq and upcoming Chevy Silverado EV — will be powered by the Ultium battery platform GM developed with LG Energy Solution. Chevy executives declined to say where the Blazer's batteries will be assembled. Ultium plans to build battery cell plants in Ohio, Michigan, Tennessee and a fourth U.S. location it hasn't revealed.

Chevy's only EVs are the Bolt hatchback and crossover, both of which are powered by previous-generation batteries. In addition to the Blazer EV and Equinox EV, Chevy plans to start selling the Silverado EV next year.

"These are the three largest segments of the industry. They're the fastest-growing segments in the industry," Bell said. "At Chevy this is our strength. This is the core of our business."

Chevy freshened the gasoline-powered Blazer this year for the 2023 model year with updated exterior styling and infotainment. The brand will continue to invest in the gasoline version based on market demand, said Steve Majoros, vice president of marketing at Chevrolet.

"Our philosophy is always to be ready to go at the pace at which the market goes," he said. "We have to invest in both. And we are investing very aggressively in both."

The Blazer EV adopts the athletic styling of its gasoline-powered counterpart, but the Ultium platform gives the EV lower proportions because of the placement of the battery pack.

Each trim has a different character. The base LT has monochromatic styling and standard 19-inch wheels, and the RS top trim conveys a sportier appearance with a black grille, other black accents and standard 21-inch wheels.

The Blazer EV comes with three drive-system options: front-wheel drive, all-wheel drive and rear-wheel drive. The SS trim includes an awd system with 557 hp, up to 648 pound-feet of torque and a "Wide Open Watts" mode that allows the crossover to accelerate from 0 to 96 km/h in less than four seconds.

"The Blazer EV SS has the soul of a true sports car," Bell said in a statement. "And while it represents the pinnacle of performance for Chevy's EV lineup, all models offer stirring capabilities that will surprise and delight true performance devotees."

The interior of the 2024 Blazer EV with LT trim.

The police pursuit vehicle will be based on the SS, equipped with the largest Ultium battery in Chevy's lineup. It will be available in rwd or awd. The interior will be designed to accommodate police equipment and gear.

"The possibilities for the Blazer EV's commercial and law enforcement applications are almost endless," Ed Peper, vice president of GM Fleet, said in Chevy's statement. "Along with zero tailpipe emissions performance, it reduces the number and frequency of certain maintenance requirements typically associated with fleet vehicles."