Volkswagen's refreshed 2021 Arteon sedan will get a much-improved interior and infotainment system along with styling changes that will put it on par with the more expensive A5 sedan from sibling brand Audi.

The Arteon, which replaced the CC in Volkswagen's lineup and debuted in Germany in 2017, didn't go on sale in Canada until March 2019 and a month later in the United States because of delays over the implementation of a new global emissions testing regimen, known as WLTP.

The late launch, including delayed marketing, left an impact on sales in the U.S.: In the first quarter of 2020, Volkswagen sold just 788 Arteons in the United States. The automaker sold just 81 in Canada, though the COVID-19 crisis began eating into all new-vehicle sales in March. In 2019, U.S. sales tallied 2,449 while VW sold 456 in Canada last year.

Hein Schafer, senior vice president for product marketing and strategy with Volkswagen of America, said the freshening gives the German brand a chance to reset some of its missteps with the Arteon when it launched last year, including a marketing plan for a new nameplate that may have gotten lost in a crowded field.

"Our advertising campaign could have been larger," Schafer said. "Out of the gates, this particular segment is very highly incentivized, and to be quite honest, I think if we retrospectively look, we probably could have had a little bit more money to make sure that the car leases very well."

He added that with the update, Volkswagen will offer more standard equipment and looks "to be a little bit more aggressive with the lease offers to get a little closer to some of our competitors in the segment."

The changes to the flagship sedan were driven by responses it received from Europe, and as a result, the German brand redesigned the sedan's cockpit, upgraded the infotainment offering — including a new audio partnership with Harmon Kardon — improved the driver assistance offerings, and upgraded cabin materials.

As part of the changes, Volkswagen simplified the trim levels for the 2021 Arteon in the United States to just three: SE, SEL R-Line, and SEL Premium R-Line.

In Canada, there is only one model.

“We share the same “basics” with our friends to the south, but there will only be one trim level in Canada, and no options,” Volkswagen Canada spokesman Thomas Tetzlaff said in an email to Automotive News Canada. “Everything will be standard.”

Equipped with the Volkswagen Digital Cockpit, the Arteon will let drivers configure the instrument cluster to their preference, while a new steering wheel features touch-sensitive surfaces that control nearly all functions of the vehicle while ensuring that the driver maintains contact with the wheel.

The infotainment system on the 2021 Arteon features an 8-inch touch screen and will come standard on all models with integrated navigation and wireless app connect. Wireless device charging will also come standard. The latest interior will also feature new ambient lighting elements, including translucent door lighting that can be changed to any of 30 colors.

Volkswagen is also offering its most advanced driver assistance package in the 2021 Arteon. Called Travel Assist, it uses adaptive cruise control, lane keeping, forward collision monitoring, pedestrian monitoring and autonomous emergency braking to enable partially assisted automated driving from zero to any legal speed on U.S. public roadways. The 2021 Arteon will also receive dynamic road sign display, which uses a forward-facing camera to detect and read road signs and pass them along to the driver.

The Arteon's powertrain is unchanged for 2021, with a 2.0-litre turbocharged I-4 engine mated to an eight-speed automatic transmission making 268 hp and 258 pound-feet of torque. All-wheel drive will be optional on the SEL trim and standard with the SEL-Premium trim package.

Pricing for the refreshed 2021 Arteon was not announced. It is expected to be in U.S. dealerships in November. 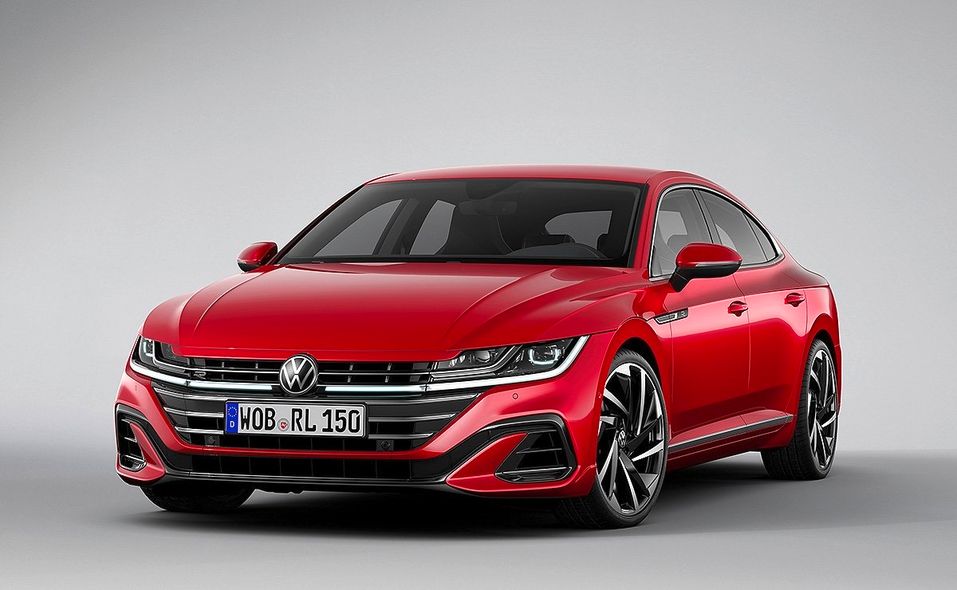 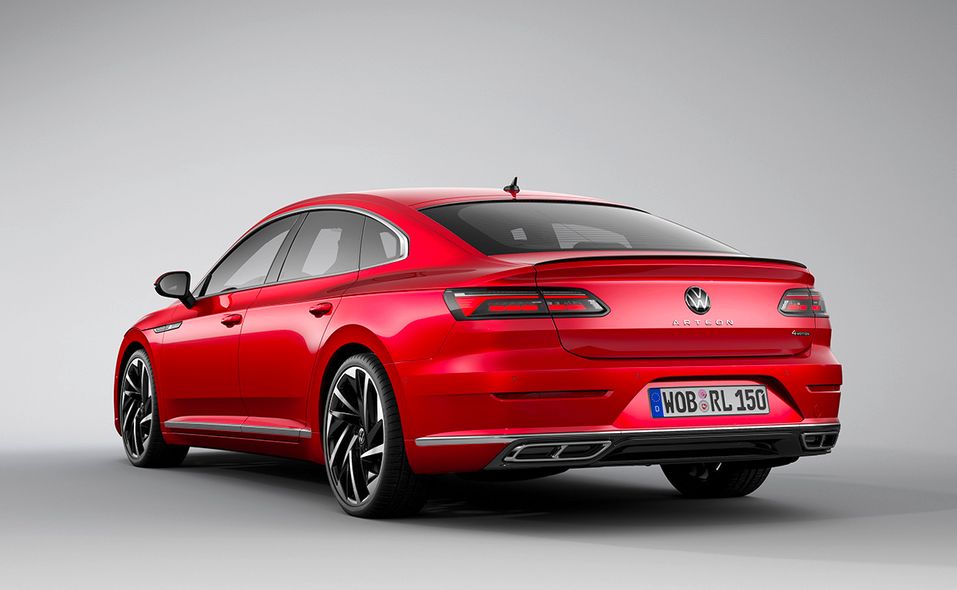 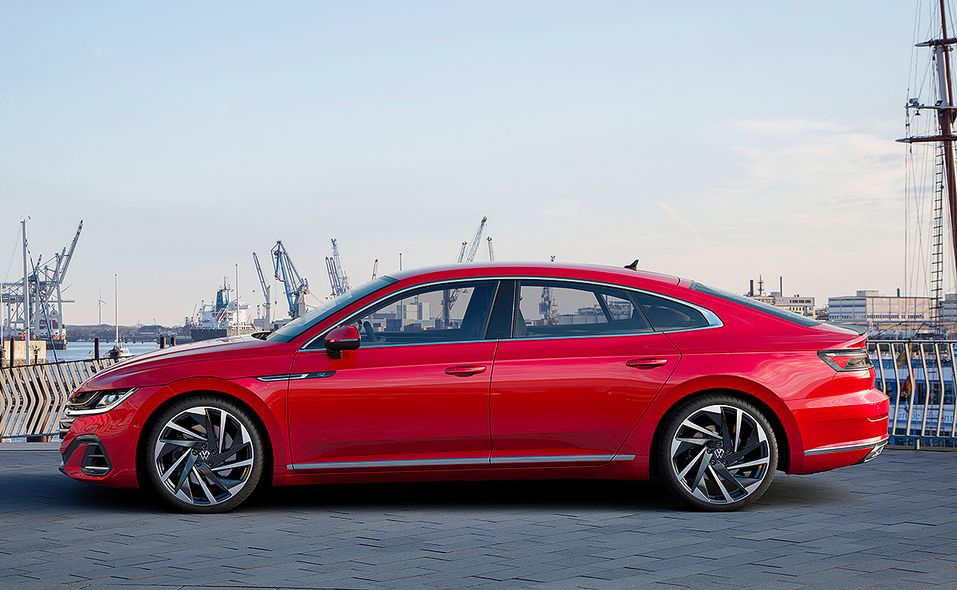 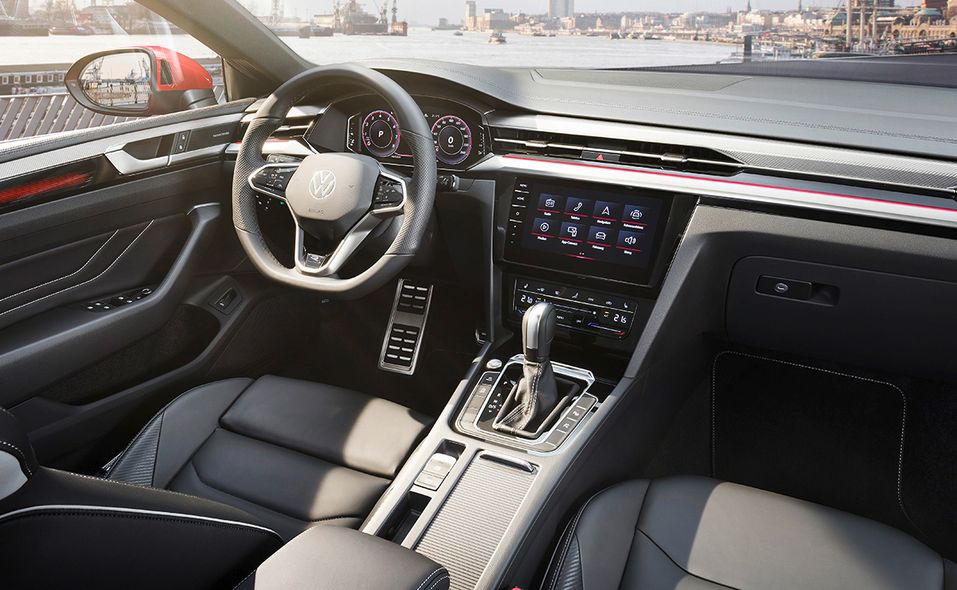 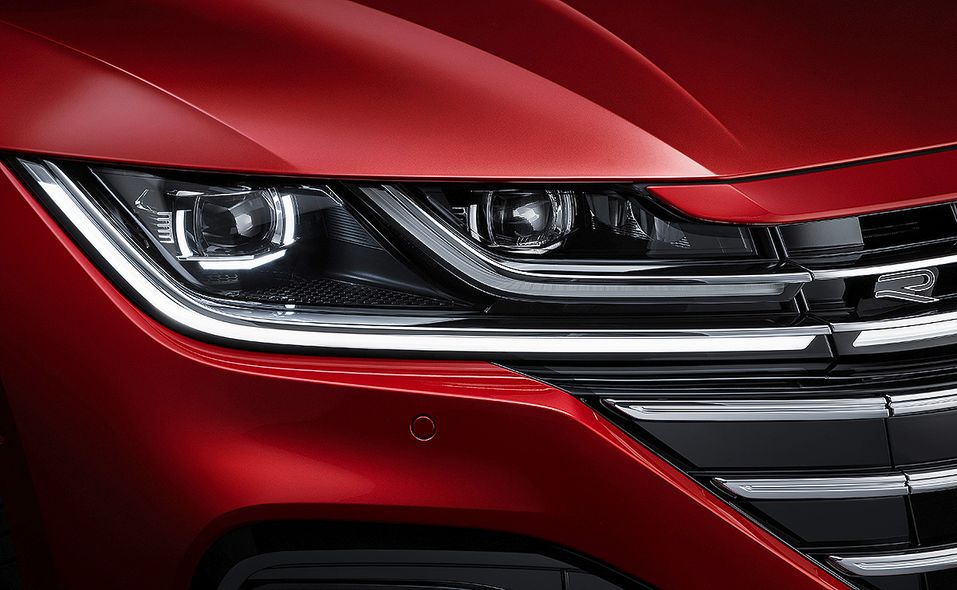 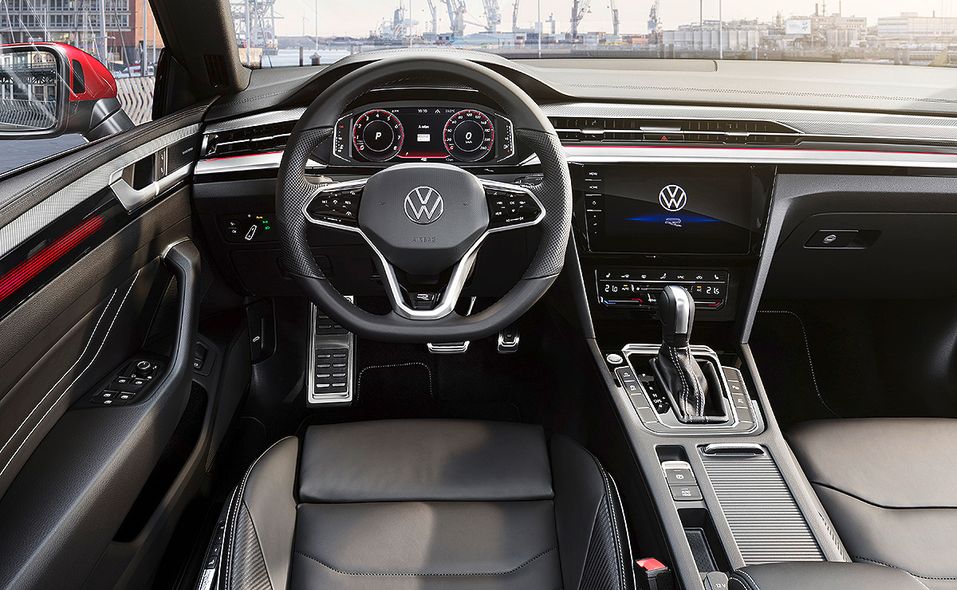 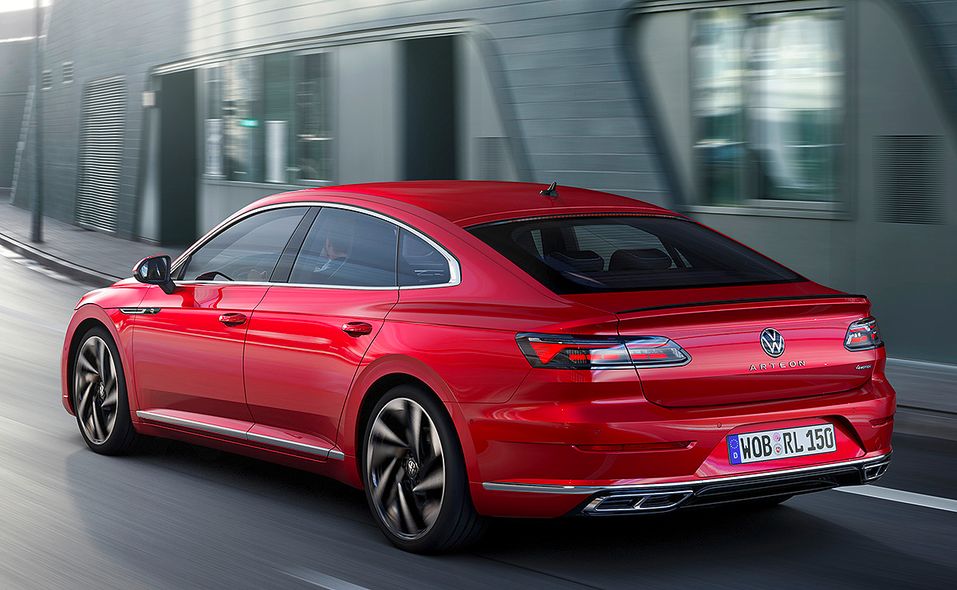 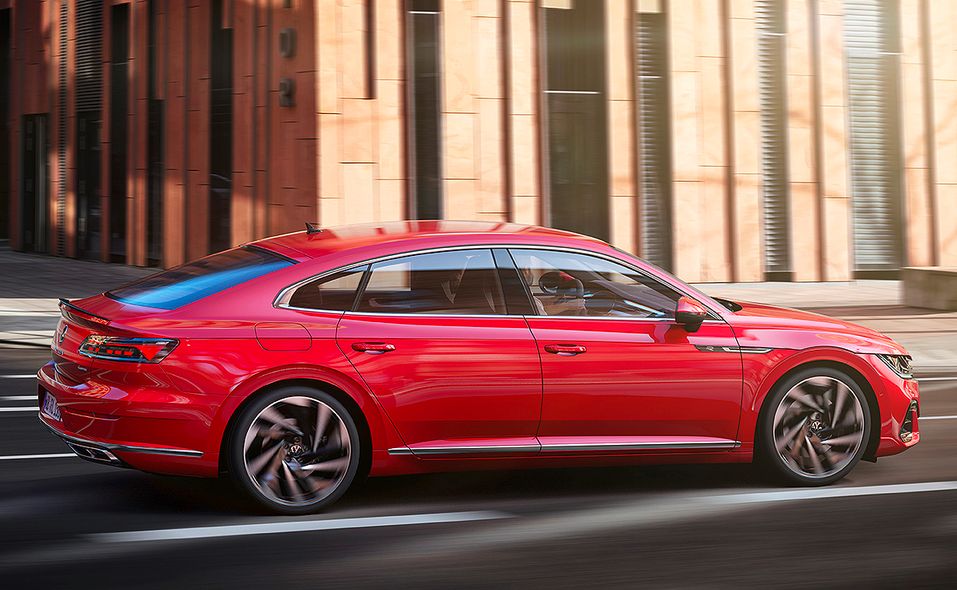 Dodge cuts to its performance core