Hyundai insists its new Santa Cruz is not a pickup. Think of that cargo bed as a crossover feature. 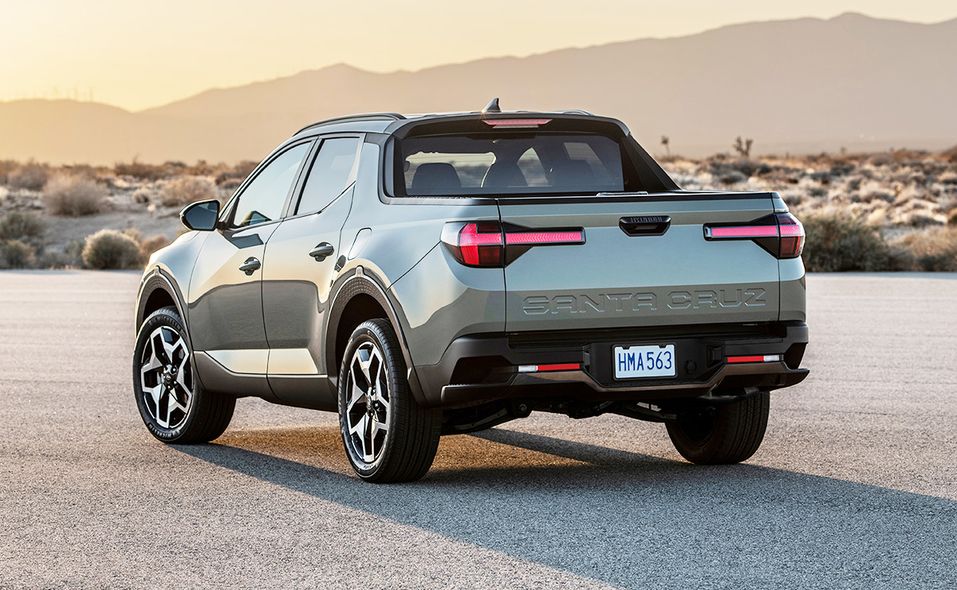 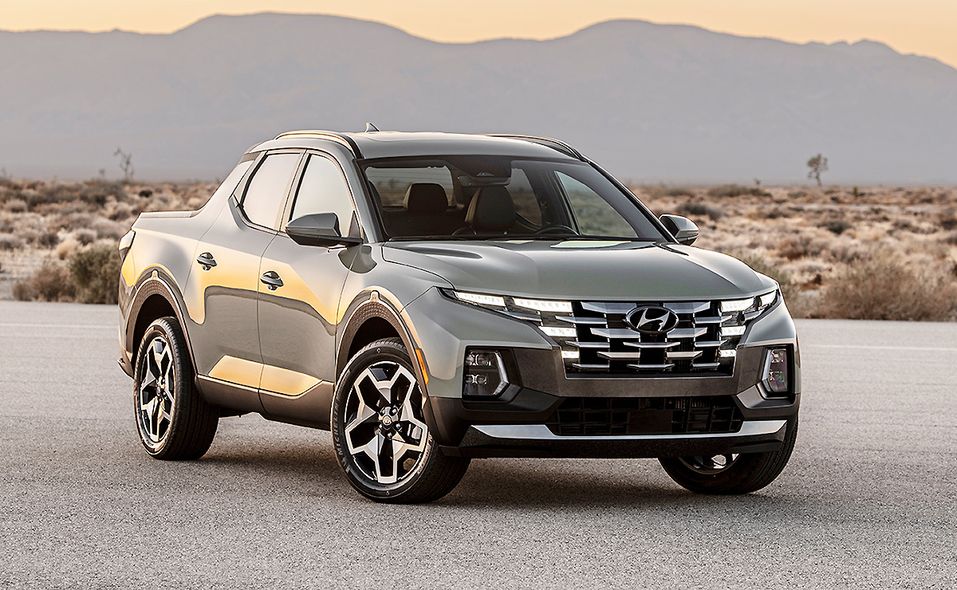 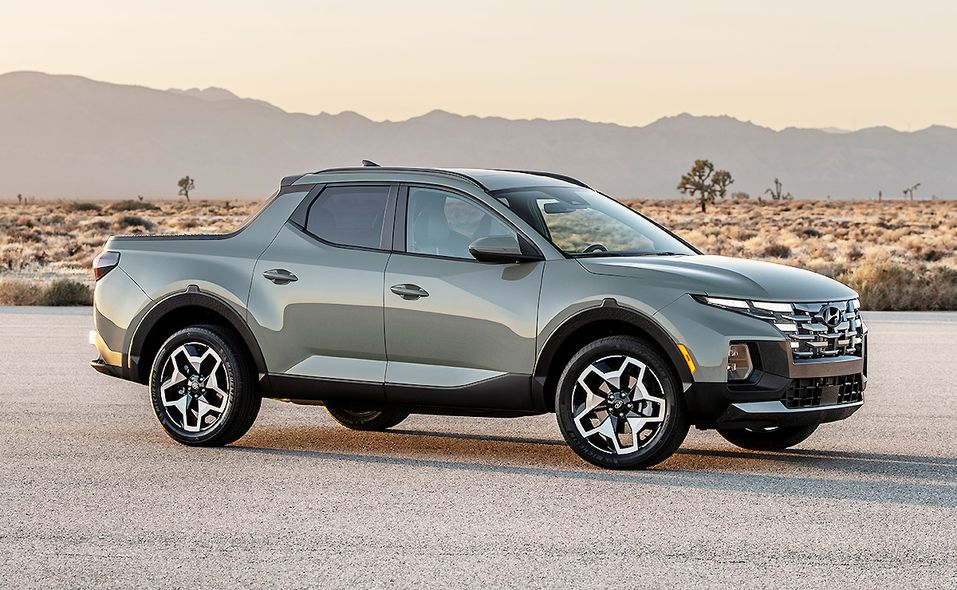 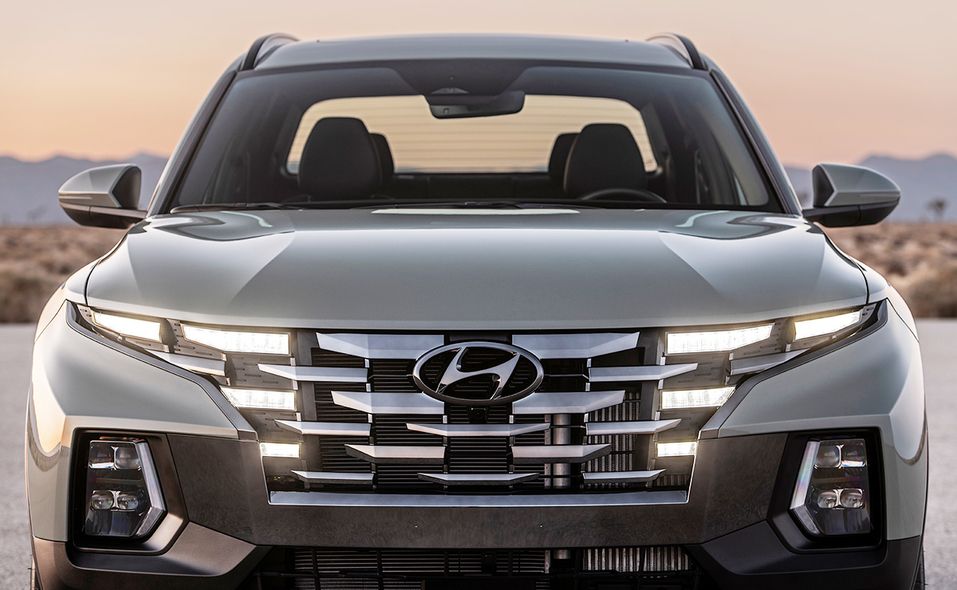 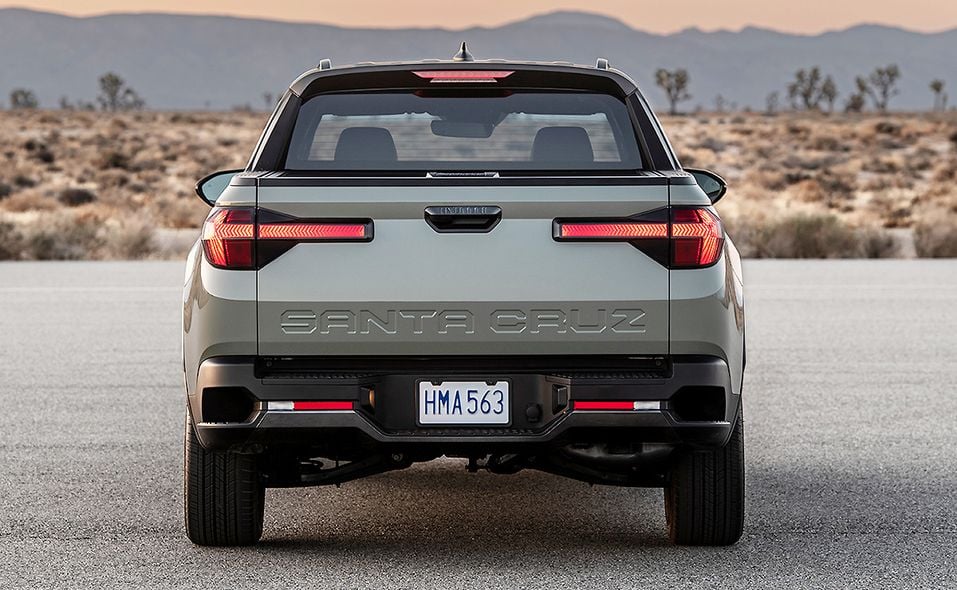 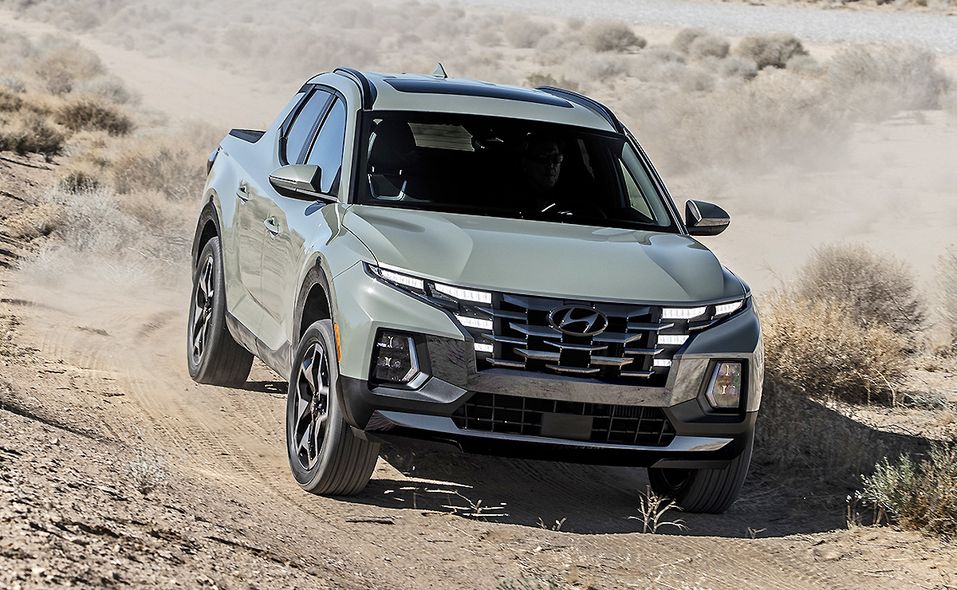 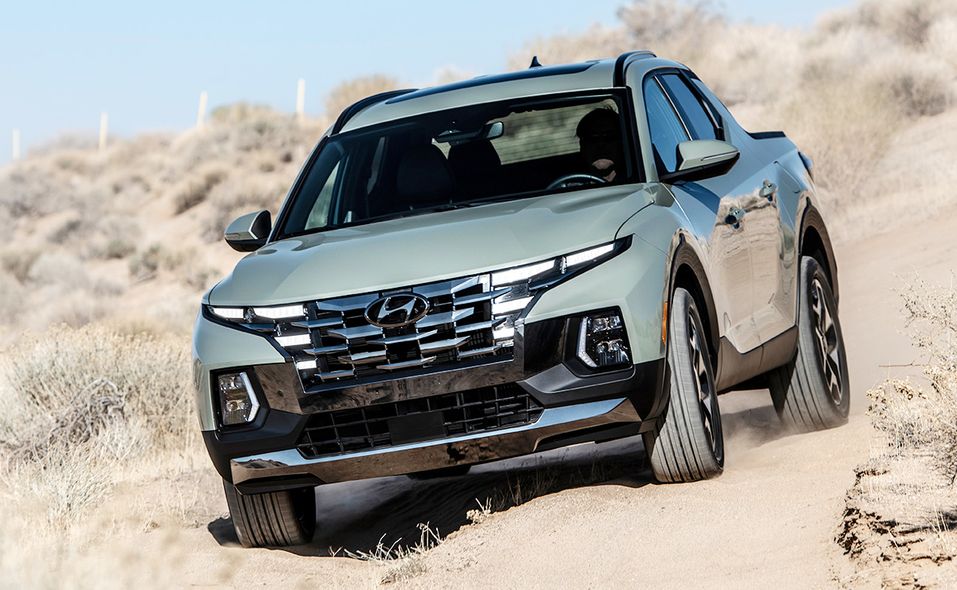 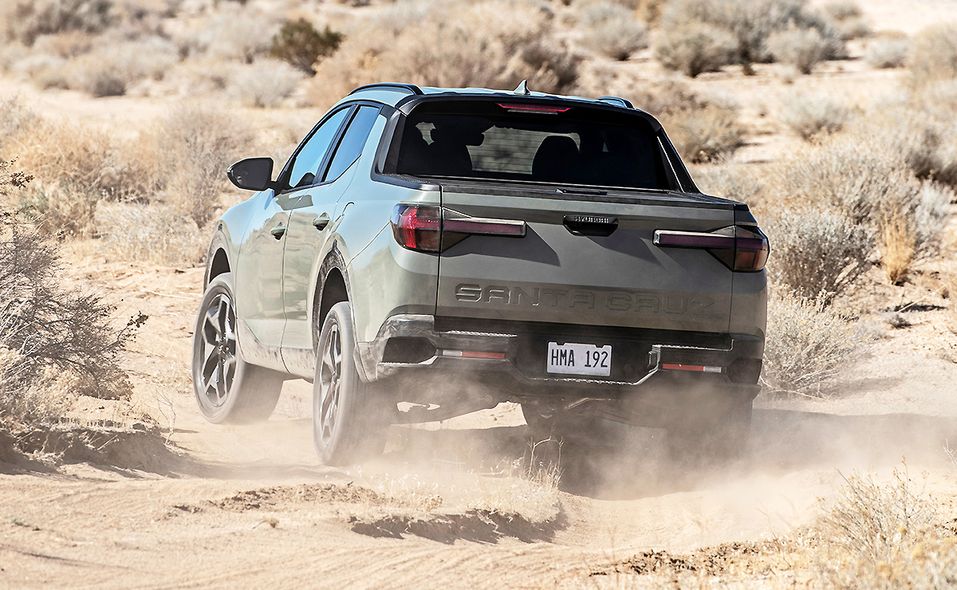 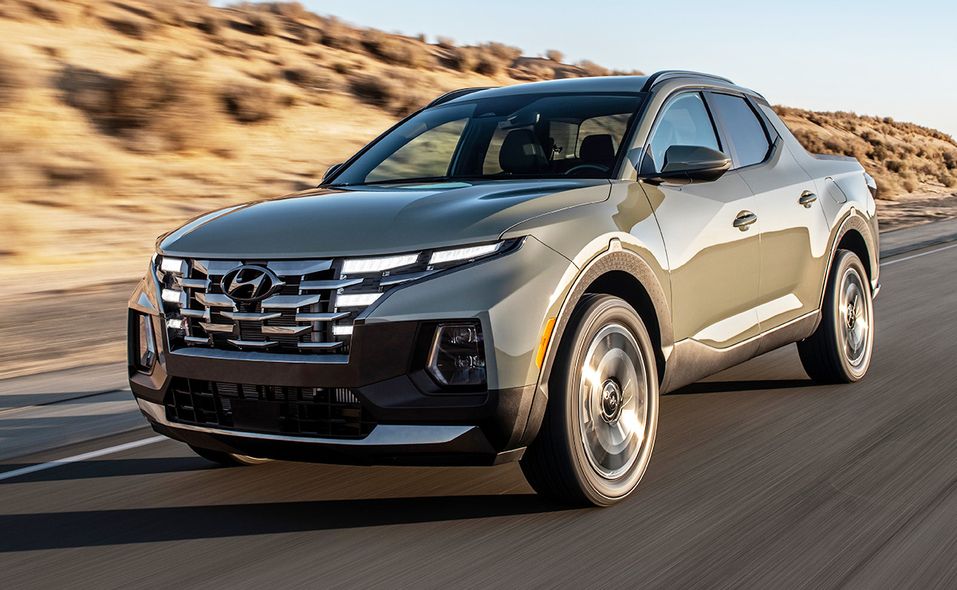 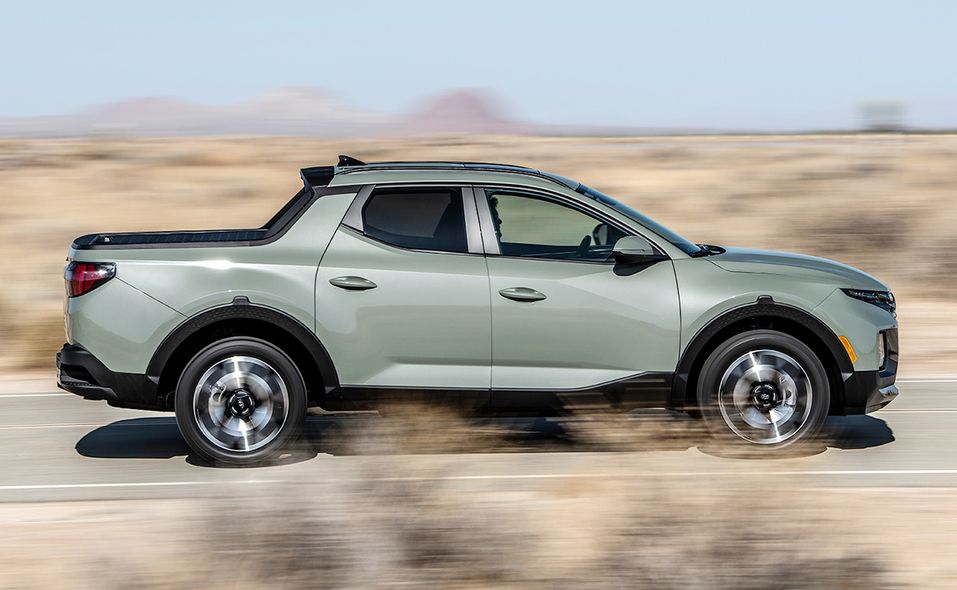 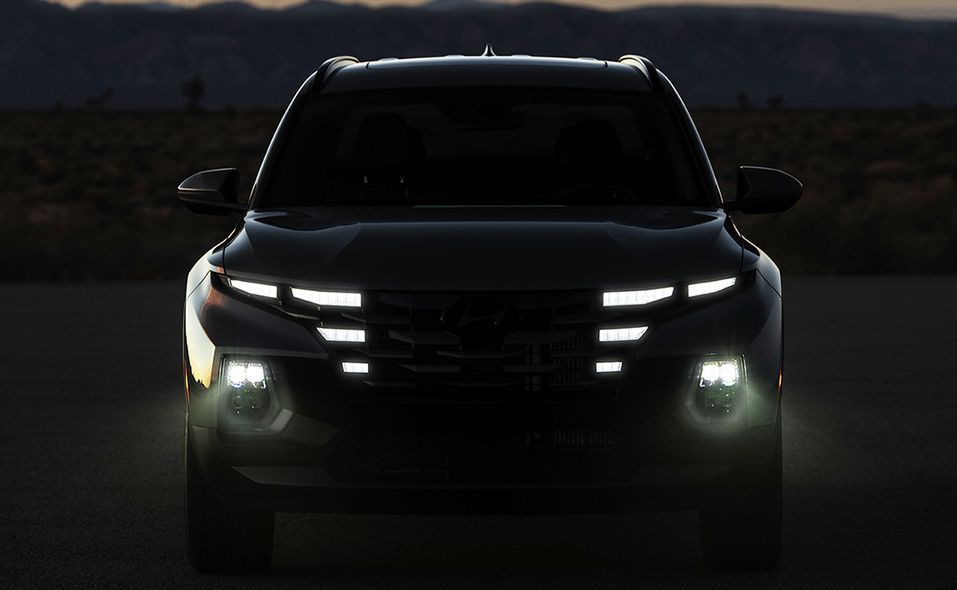 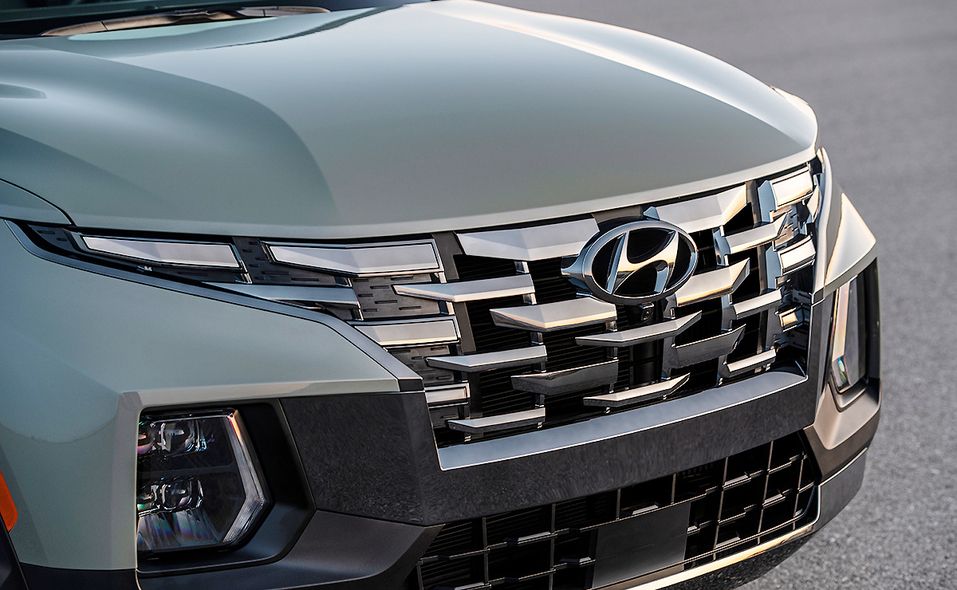 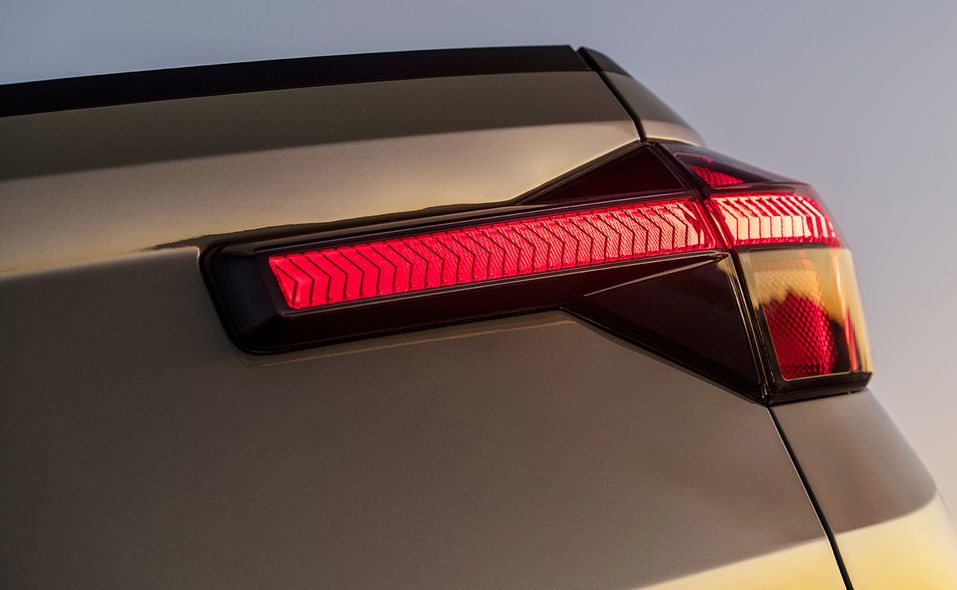 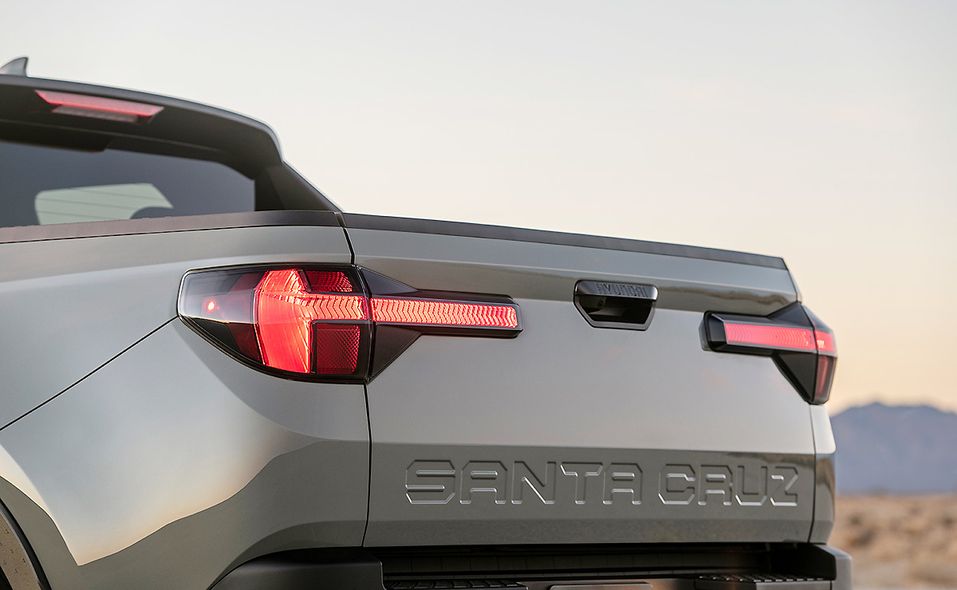 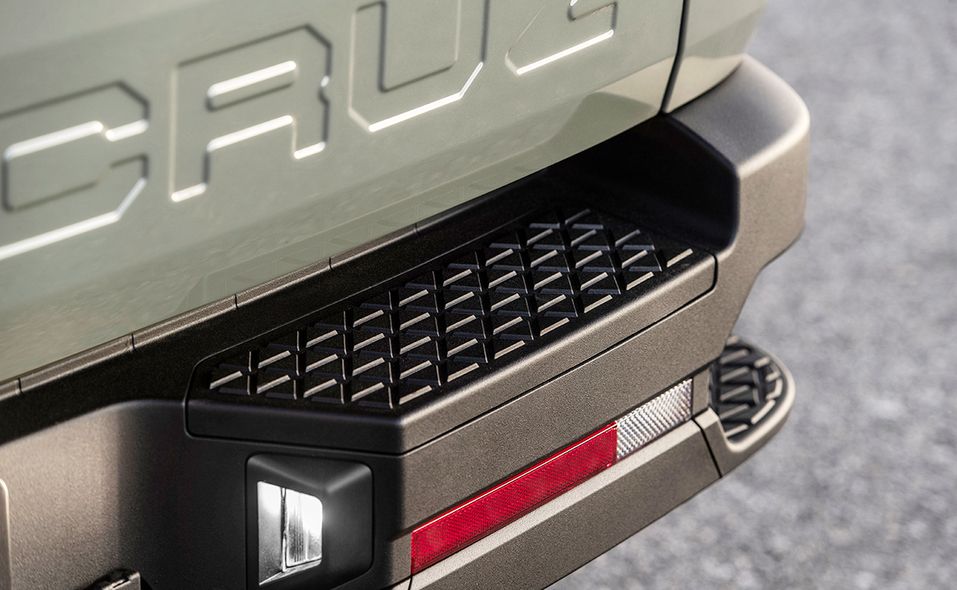 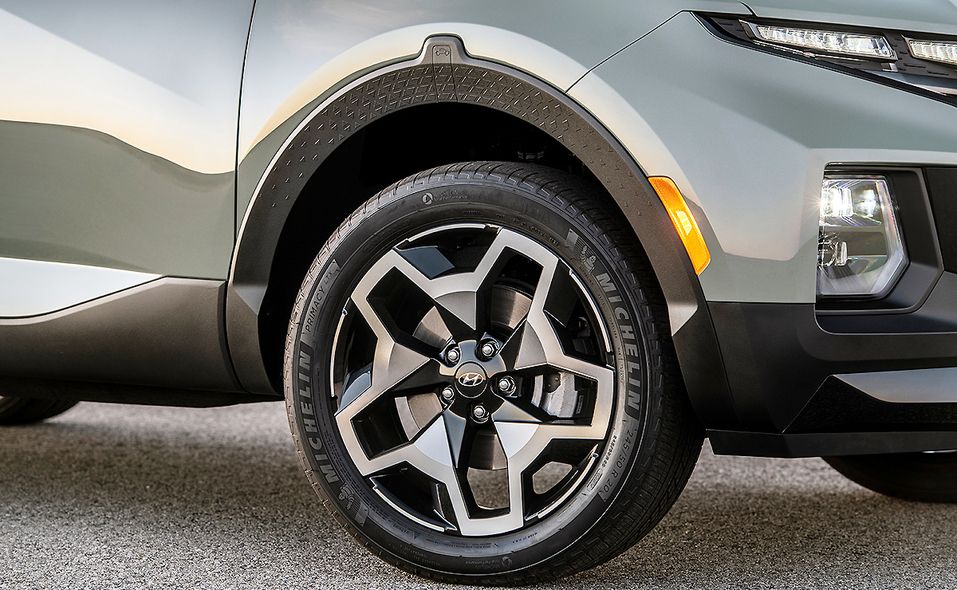 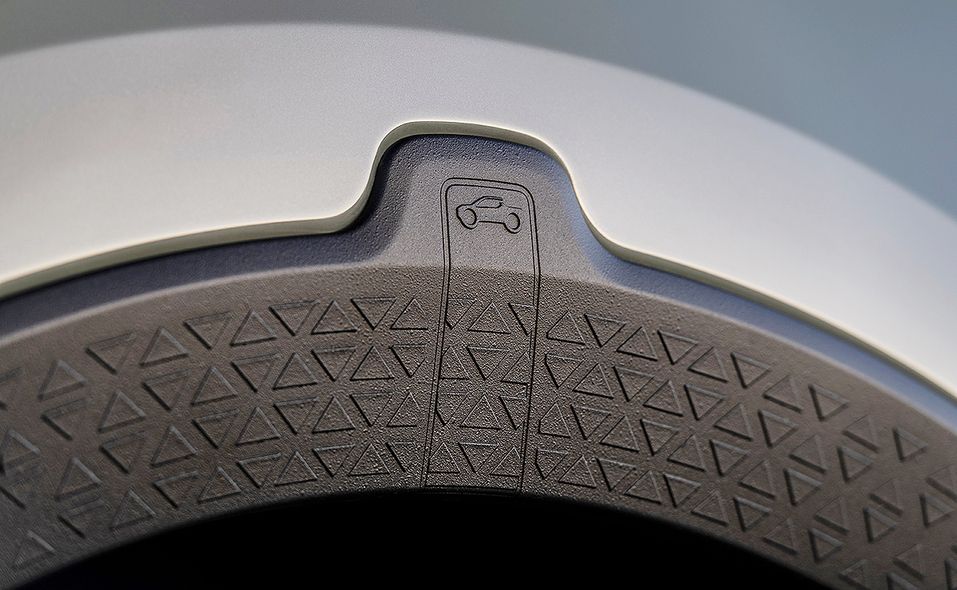 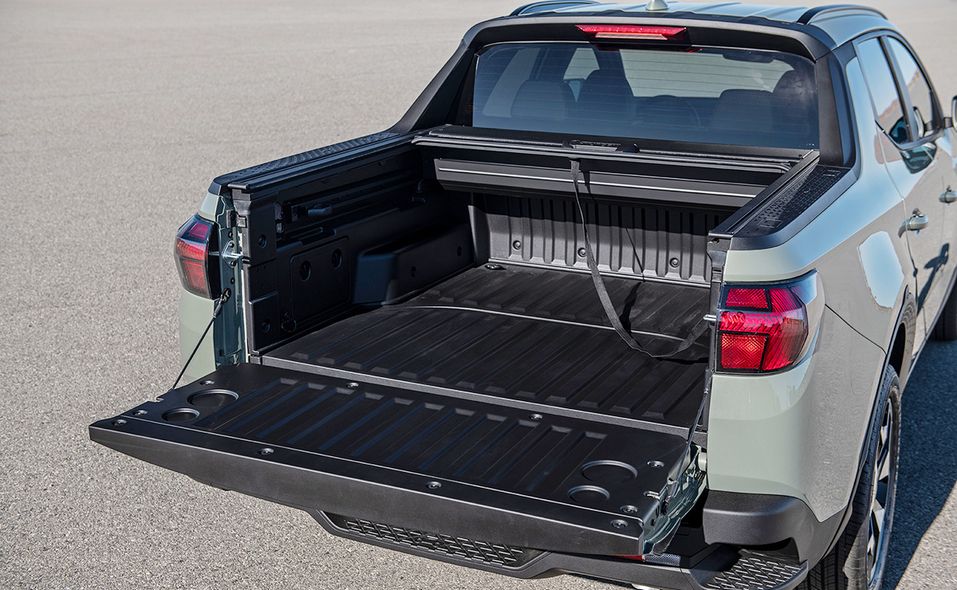 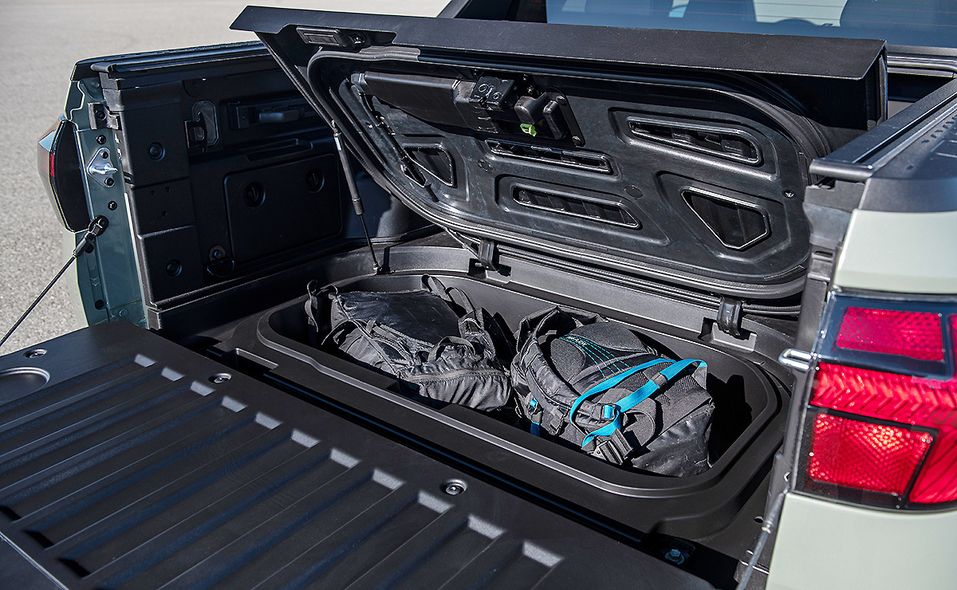 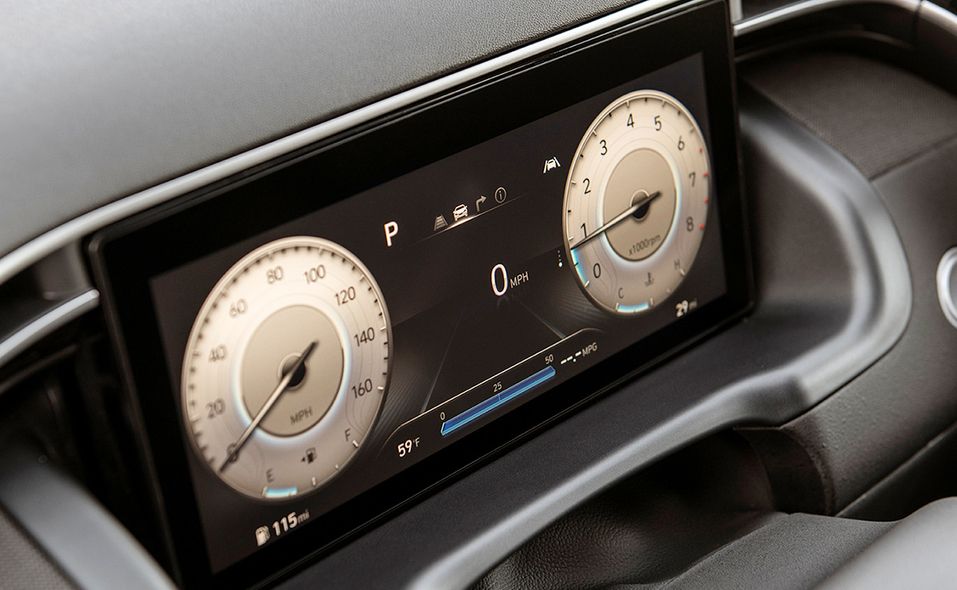 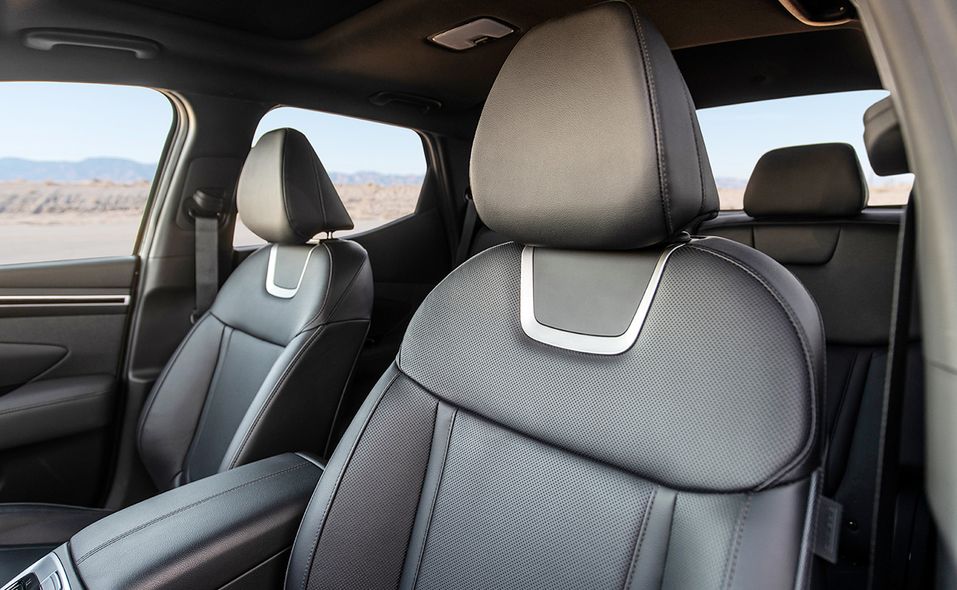 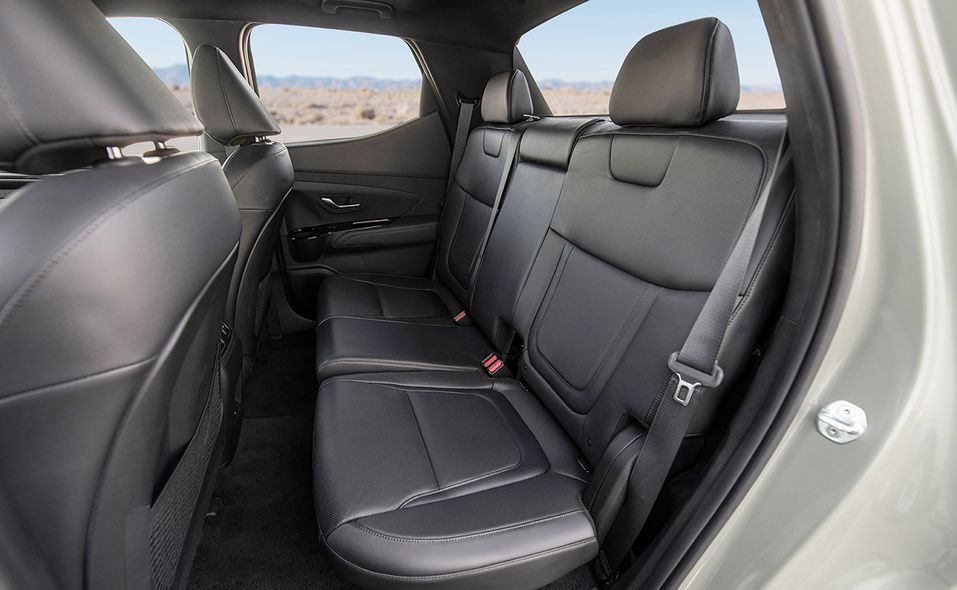 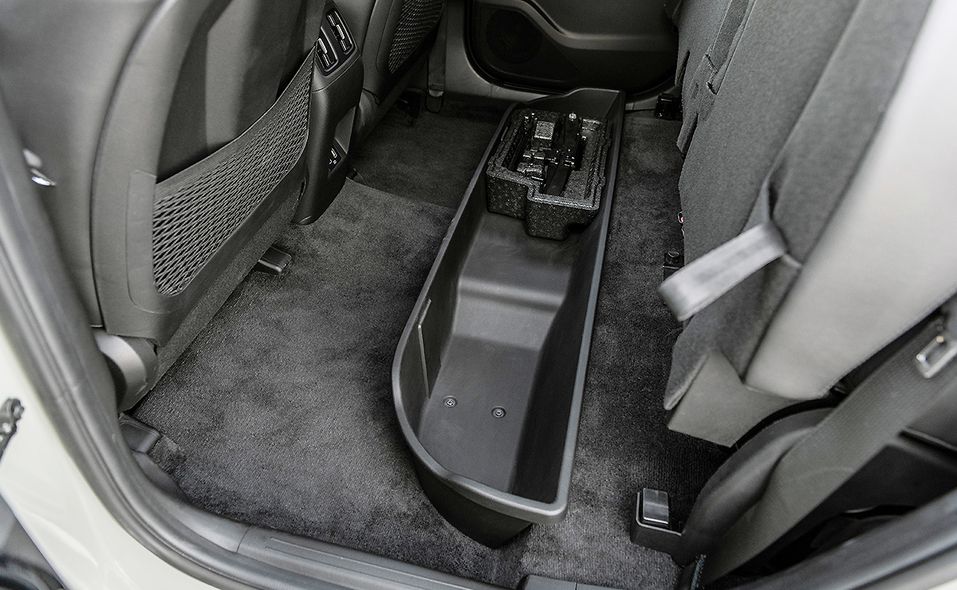 The beach town of Santa Cruz, Calif., is known for world-class surfing spots such as Steamer Lane and the picturesque mountains that separate it from Silicon Valley to the north. Biking and hiking are a way of life, as are long commutes "over the hill" to San Jose and beyond.

Hyundai's attempt to distill that moderately rugged lifestyle into a crossover-based pickup also carries the Santa Cruz name. It goes on sale this summer as a compact four-door with a smaller footprint and presumed price advantage over midsize pickups that have grown larger and more plush.

Car-based pickups have rarely spelled big sales. But Hyundai hopes to capture the growing market for light trucks that has heated up after a year of pandemic sheltering. Hyundai's plan is not so much to take on the pickup market as to lean into its crossover success.

"Especially now, as we're entering a post-pandemic phase, people really want to go out — back to nature, camping, biking," said Gilbert Castillo, Hyundai Motor North America's senior group manager of advanced vehicle strategy. He likened the Santa Cruz to a dual-personality vehicle that can excel at both weekday commuting and weekend-warrior duty with wet, dirty cargo.

"There are a lot of people, young and old, who don't necessarily want the full capability of a pickup truck and all the baggage that comes with it, in terms of rough ride, big size, gas guzzler," Castillo said. They also don't want the $30,000-plus price for most pickup models, he added.

The Korean automaker is wading into uncharted territory, but it also is being cautious. Rather than push the idea of a pickup, Hyundai is characterizing the Santa Cruz as an expansion of its growing crossover lineup, which now runs the gamut from the sub-$20,000 Venue to the three-row Palisade and zero-emission vehicles such as the Kona EV and Nexo fuel cell.

But Hyundai might not be alone in its plans. Recent spy photos indicate that Ford Motor Co. also may be planning a crossover-pickup vehicle, but it apparently is leaning more on its truck heritage while Hyundai is not.

At its heart, the Santa Cruz is a stretched version of the new-generation Tucson compact crossover, Hyundai's bestselling vehicle globally. The Santa Cruz's 4-foot pickup bed is essentially an alternative storage option for potted plants, boogie boards and mountain bikes.

"Santa Cruz is not intended for pickup truck owners," said Trevor Lai, manager of product planning at Hyundai Motor North America. "This has started from inception as a lifestyle vehicle targeted for CUV owners."

Lai noted that Hyundai may indeed conquest some truck buyers, but the main focus will be crossover shoppers who want open-bed flexibility.

Custom accessories can add to the usefulness of the Santa Cruz, such as a bed extender that stretches the usable area to six feet and a roof basket for additional storage. The bed has a factory cover that locks with the doors. An under-bed storage box can be used as a cooler.

The new model demonstrates Hyundai's creative thinking on broadening the appeal for its segment-bending utility vehicle. But the unconventional proposal may not resonate so well outside places such as the California coast with its progressive car culture, said Jessica Caldwell, executive director of insights at Edmunds.

The Santa Cruz is new to Hyundai's lineup but is based on the new-generation Tucson crossover. The 2022 Tucson just arrived in showrooms; the 2022 Santa Cruz arrives this summer. Some of their key differences:

"Although the Santa Cruz is a great example of Hyundai's admirable progress in plugging yet another hole in its lineup, this launch is certainly not risk-averse," Caldwell said.

"Bringing an all-new vehicle that will likely be described as 'quirky' to an already-crowded market is challenging in the U.S., where the majority of consumers outside the coastal cities aren't known to necessarily embrace eccentric vehicles," she added.

Sam Fiorani, vice president of global vehicle forecasting at AutoForecast Solutions, estimates sales for the Santa Cruz will come in at about 30,000 a year. That forecast might have been higher except for competition from Ford, which is expected to offer a compact crossover-based Maverick pickup.

"The market for nontraditional pickups has not really blossomed," Fiorani said. "Honda hasn't broken open the market with the Ridgeline, and all of the 'small' pickups have moved up to midsized, leaving a space for players such as Hyundai to take advantage of the void."

The Honda Ridgeline, a midsize pickup based on the Pilot crossover, competes with traditional body-on-frame rivals such as the Toyota Tacoma and Ford Ranger. The Ridgeline also starts at $37,665 with shipping and was recently restyled to look more like a conventional truck.

Hyundai hasn't announced pricing for the Santa Cruz, but it will be offered in a base trim with front-wheel drive. Pricing shouldn't be too far from its crossover sibling. The base 2022 Tucson starts at $29,654 with shipping, according to Hyundai Canada's website. The Santa Cruz is 13.4 inches longer and 1.6 inches wider.

Car-based pickups have a colorful but minor history in the United States and Canada, from the once-ubiquitous Chevrolet El Camino to the short-lived Dodge Rampage and niche Subaru Brat and Subaru Baja. But automakers such as Hyundai remain intrigued with the formula.

When the original Santa Cruz concept was presented at the 2015 Detroit auto show, it was embraced by an auto enthusiast community that tends to favor offbeat vehicles that never make it to production — or sell poorly when they do.

Hyundai wanted to avoid that trap.

The concept had an extended cab with doors that open backward and a very limited second row. But a fully functioning back seat was considered essential by product planners.

However, planners had to wait until the Tucson was redesigned on a bigger platform before developing the Santa Cruz alongside the crossover.

"When the concept was shown, the second row was significantly smaller than the vehicle you have before you now," Castillo said during a product presentation last week. "And it was through our research that we identified that if we continued down that path, we were significantly compromising the volume potential."

The Santa Cruz will come equipped with only the 2.5-litre turbo motor, estimated at 281 hp and 311 pound-feet of torque.

Hyundai Canada said in a statement that it was “keeping it simple and straightforward” when it came to the engine. The company said that based on a study of the Canadian market, it believes the 2.5-litre direct-injected turbocharged engine “will provide the power, efficiency, and increased towing capability this customer seeks.”

The base engine for the Santa Cruz in the United States is a 2.5-litre four-cylinder with 191 hp and 181 pound-feet of torque.

All-wheel drive will also be standard in Canada.

Hyundai's HTRAC all-wheel drive is available with both engines. Towing capacity for the base motor with fwd is rated at 3,500 pounds. That rises to 5,000 pounds for the turbocharged engine with awd.

In styling and specifications, the Santa Cruz shares much with the Tucson and even the midsize Santa Fe. But Hyundai whipped up the best elements of its popular crossover lineup, added an open bed and created yet another crossover variant to add to its stable.

"Instead," he added, "Hyundai will focus on active-lifestyle consumers seeking comfortable, easy-to-drive weekday transportation before they load up their bikes or kayaks or hiking gear for a weekend outing."