TUSTIN, Calif. -- One of the biggest challenges for the eighth-generation Corvette -- the first production model with the engine behind the driver -- doesn't have anything to do with how fast the car can reach 60 mph or carve up a corner.

The 2020 Corvette Stingray looks to be one of the most technically advanced vehicles General Motors has built since it tested the world's first fuel cell vehicle in 1966 and, five years later, built the propulsion and suspension system for the Lunar Rover that drove on the moon.

The new Corvette -- introduced here Thursday -- is a barometer of GM engineering in an era of rapidly changing technology. It will provide a strong test of GM's product development system, its testing and validation methods, and its quality control processes.

If the Corvette launches cleanly with no technical issues from adopting GM's new wire-reducing digital electrical architecture, its advanced lightweight, mixed-material chassis that uses die-cast aluminum parts made in an engine factory, the electric brakes and other innovations, it could bode well for GM as it pushes closer to production of fully autonomous vehicles, which will share some of the same technologies with the new Corvette.

And most important, the retooled Corvette's computer systems, and the speed at which they communicate internally and externally, will determine how seamlessly GM transitions to autonomous vehicles and the vast amount of data processing they require.

GM will begin producing the 2020 Corvette late this year at its Bowling Green, Ky., plant. Since 2015, GM has invested $439 million to retool the factory to build the midengine Corvette. In addition to new production equipment, the plant is equipped with a new paint shop and a low-volume engine production facility called the Performance Build Center, which was previously in suburban Detroit.

"Corvette has always represented the pinnacle of innovation and boundary pushing at GM," GM President Mark Reuss said in a statement. "The traditional front engine reached the limit of its performance, necessitating the new layout. In terms of comfort and fun, it still looks and feels like a Corvette, but it drives better than any vehicle in Corvette history." 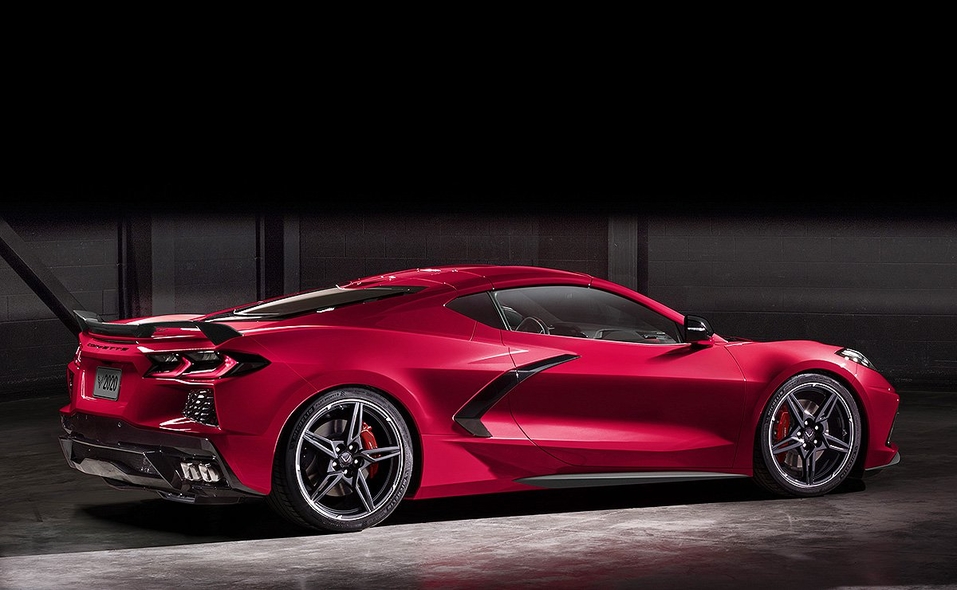 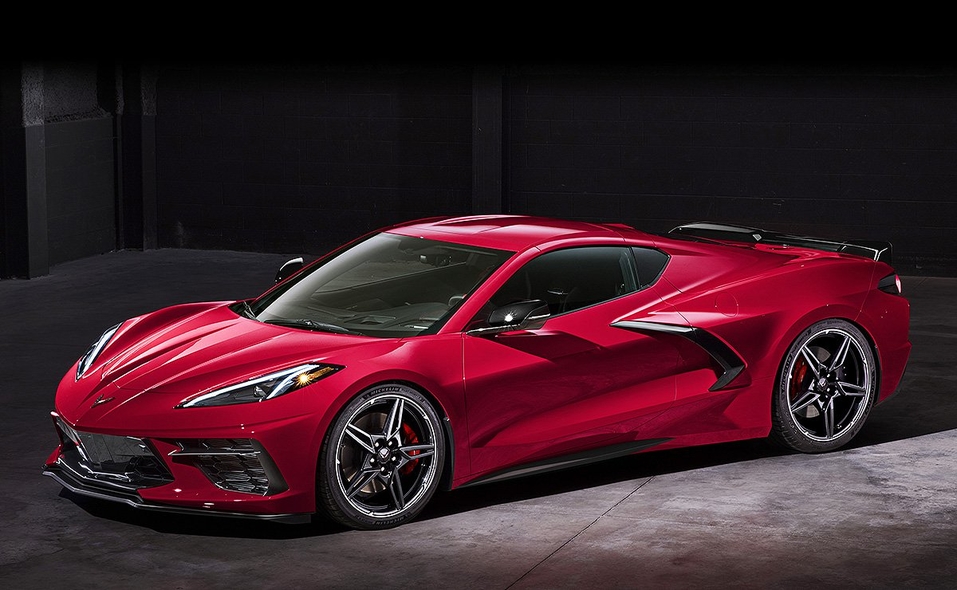 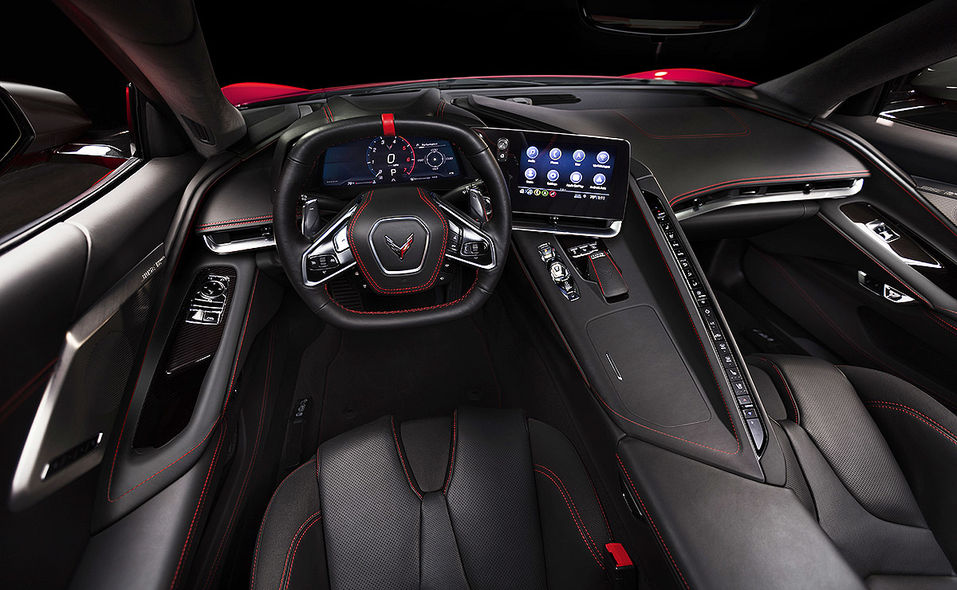 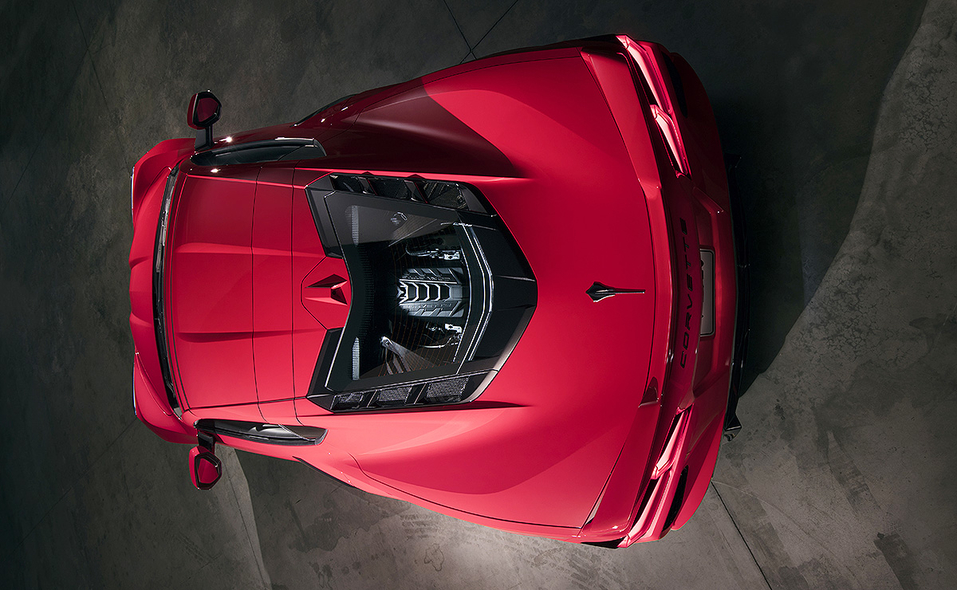 At the car's formal introduction late Thursday, at an old military aircraft hangar, Chevrolet officials ticked off a long list of high-tech items featured in the new Corvette.

The 2020 Stingray's midengine configuration gave GM design chief Mike Simcoe's team the opportunity to make the biggest changes to the Corvette -- inside and out -- since the car was introduced in 1953.

Simcoe says the new exterior design is inspired by fighter jets and Formula One race cars. But the car's aerodynamic shape also helped dictate the interior's styling. First, because there is no engine between the front wheels, the cockpit has been moved forward by 16.5 inches over the outgoing Corvette. Ultrathin air conditioning vents help lower the instrument cluster, which contains a 12-inch reconfigurable display.

A long strip of buttons, between the seats on the center console, controls the seats, HVAC system and other items. Customers can choose from three types of seats, those designed for street driving to full-on competition seats for track use. The interior is decked out in cut-and-sew leather, real metal inlays, stainless steel speaker grilles and optional carbon-fiber trim.Unlike many other two-seat cars, the new Corvette has what appears to be reasonable cargo room -- and that could prove to be a major advantage over cramped roadsters and coupes battling for sales in a market that is shifting to SUVs, pickups and crossovers. The car has two trunks and can transport two golf bags or luggage. Cargo room totals 12.6 cubic feet.

PHOTO GALLERY: Corvette through the years 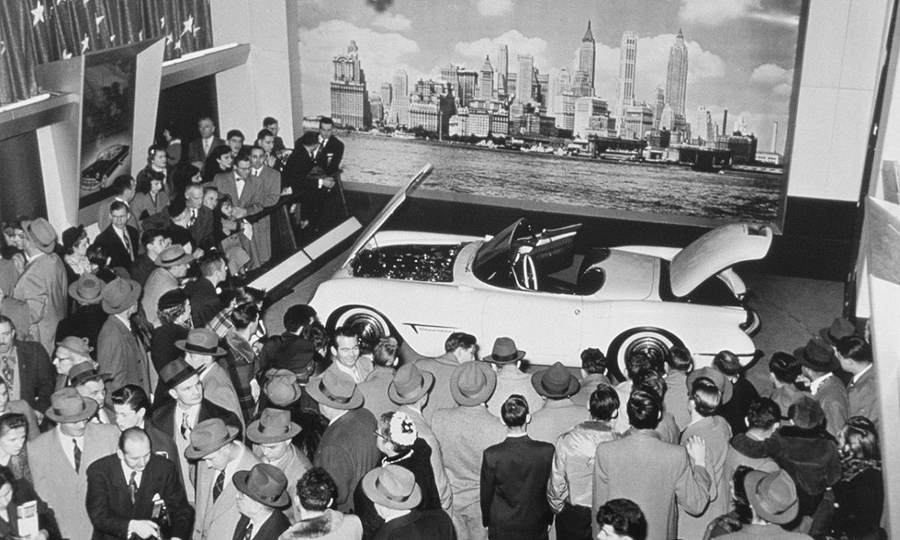 When the Corvette was introduced at the 1953 Motorama, GM rushed to get it into production. It set up a temporary factory in Flint, Mich., and built 300 for the 1953 model year. The cars were put in the hands of celebrities and executives to build word-of-mouth enthusiasm. 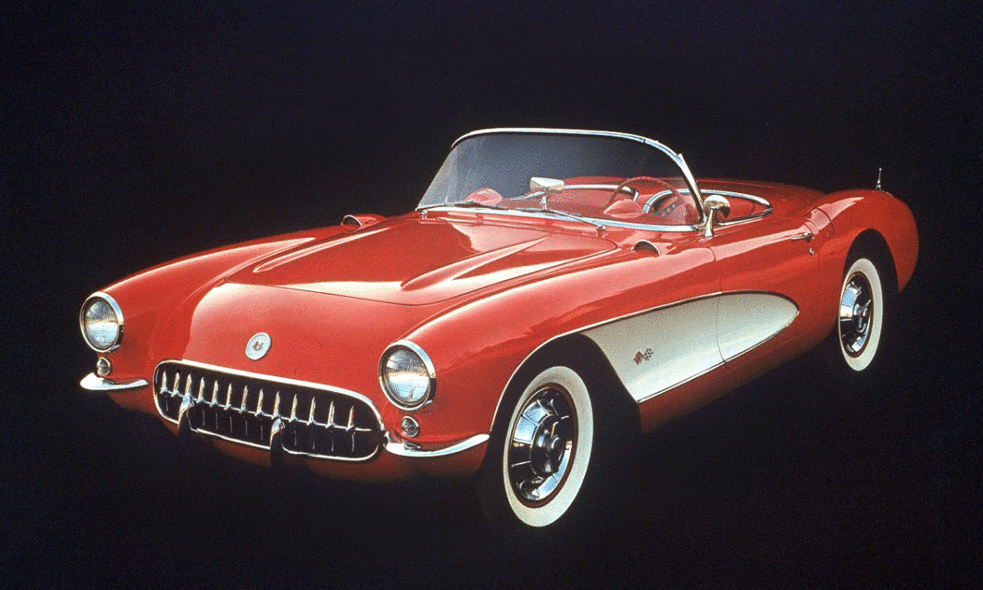 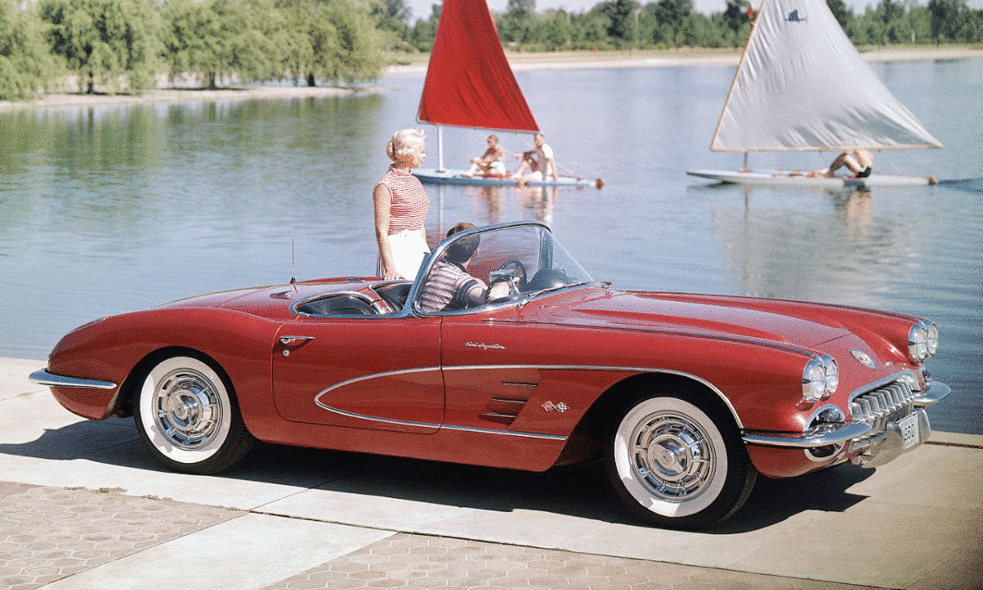 The 1960 Corvette. Styling evolved significantly during the first generation of the car but many design cues that would become synonymous with the Corvette were established, including the long dash-to-axle proportion, dual round taillamps and a dual-cockpit-style interior. All first-generation Corvettes were convertibles. 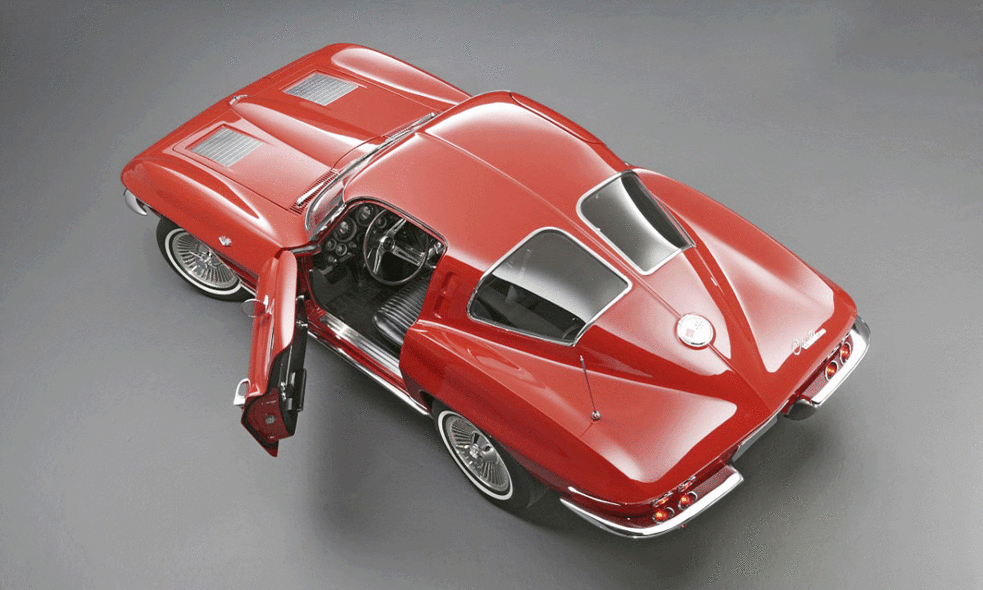 The 1963 Chevrolet Corvette. The second-generation Corvette – dubbed Sting Ray, after a concept race car that influenced its design – represented a revolution in design, engineering technology and performance. Where the first-generation Corvette was based on a modified passenger sedan platform, the second-generation was a clean-sheet redesign based on a dedicated architecture. It enabled a lower center of gravity and lower, sportier seating position, while supporting an all-new independent rear suspension that dramatically transformed the car's road-holding performance. 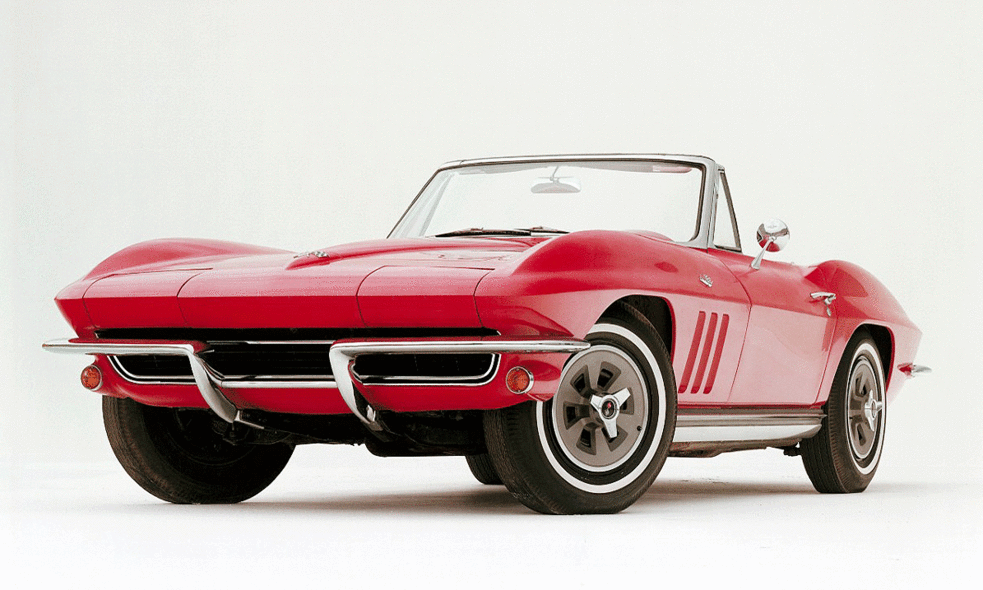 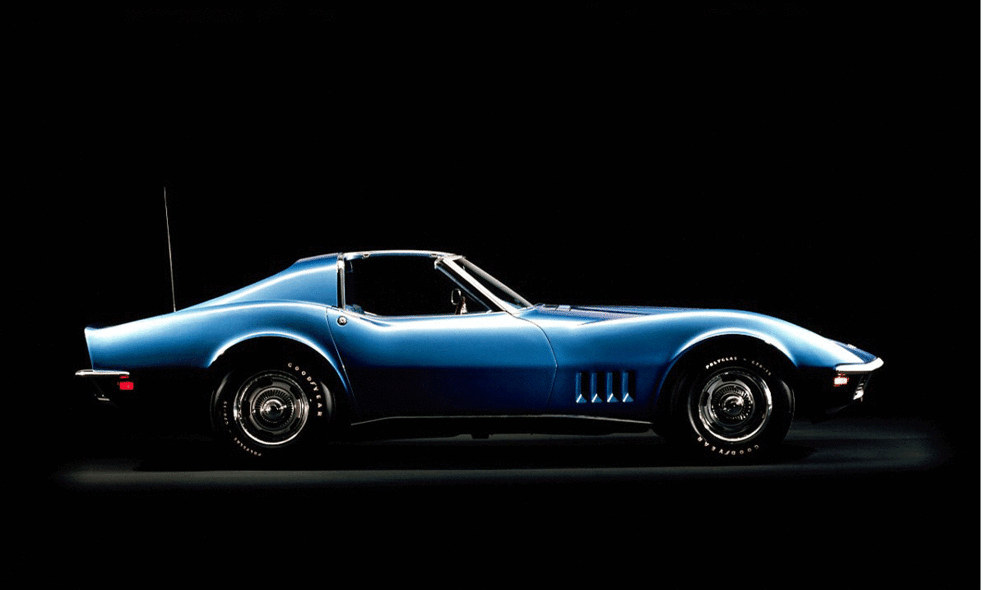 The third-generation Corvette -- beginning with the 1968 model -- was the longest and the car evolved significantly during an upheaval in the auto industry. It was introduced for 1968 as the Stingray -- one word vs. two words with the second generation. Aficionados generally call these cars “shark” models, for their aggressive styling. From a performance standpoint, the C3 generation was transitional. Big-block engines rated at 435 horsepower were initially popular but the auto industry's shift to unleaded fuel, tighter emissions standards and changing consumer attitudes affected output over time. In 1975, the standard 350 small-block was rated at only 165 horsepower -- about 20 percent less than the original 195-hp small-block from 1955. 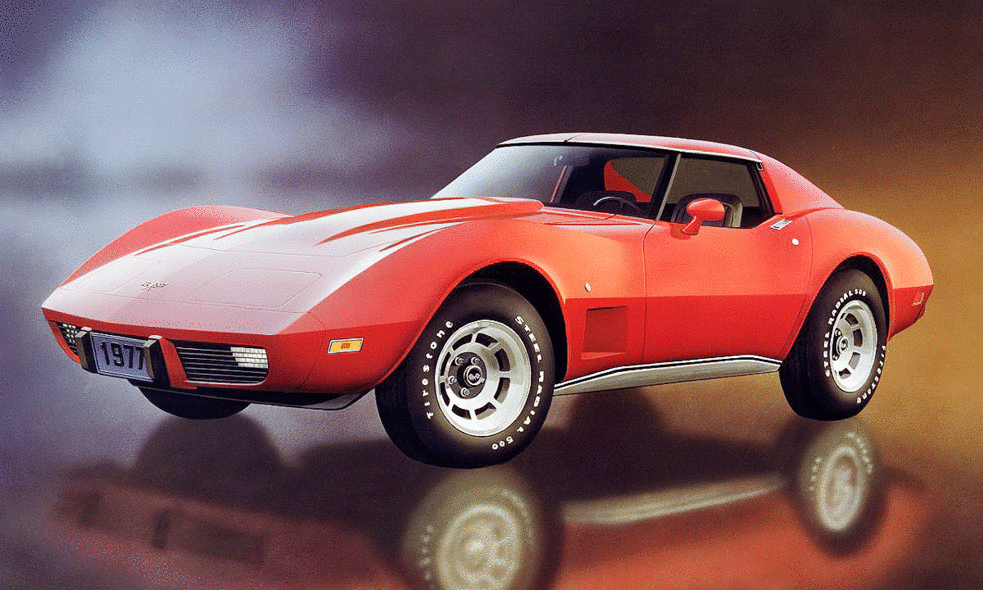 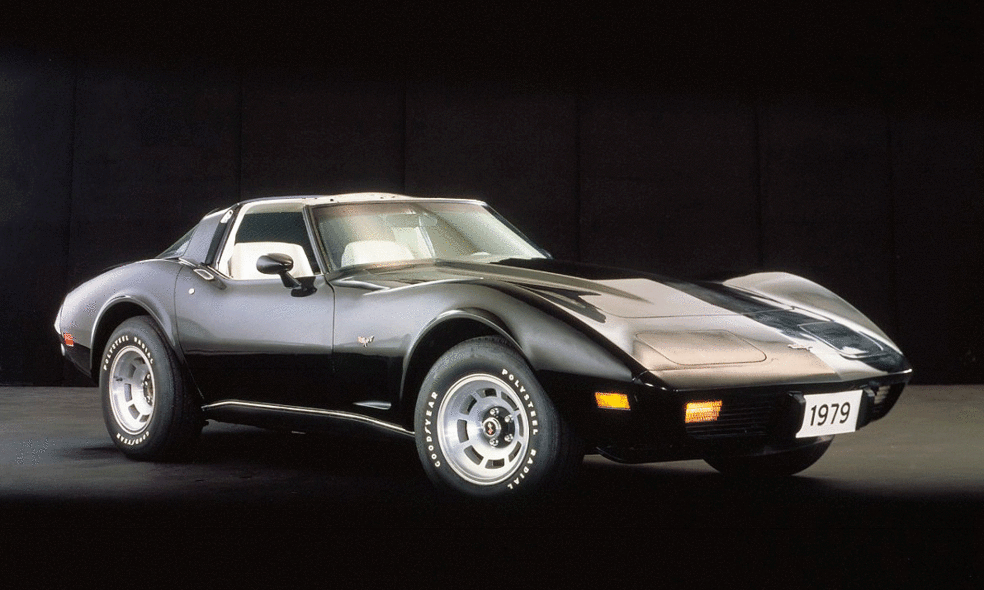 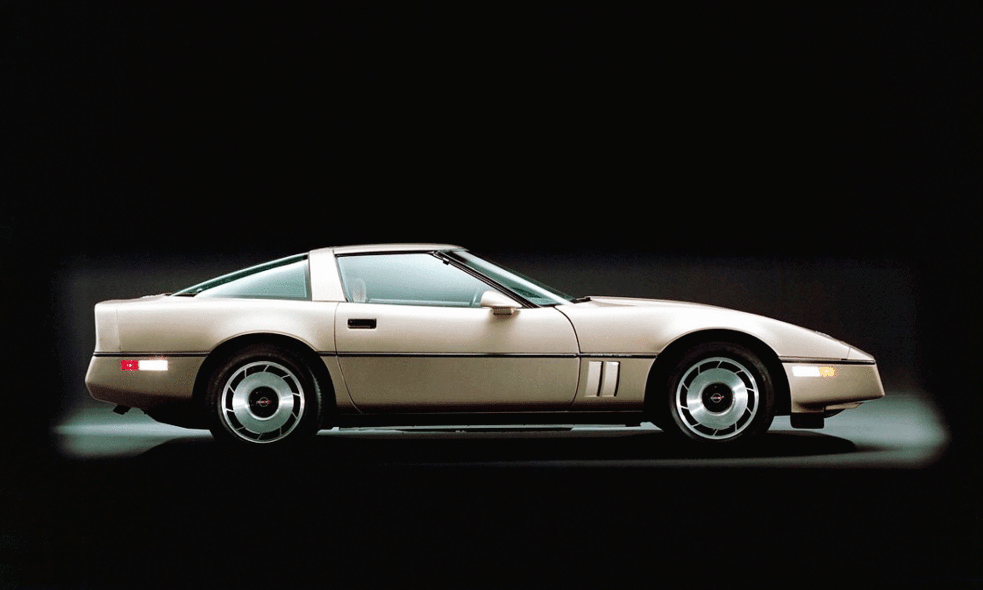 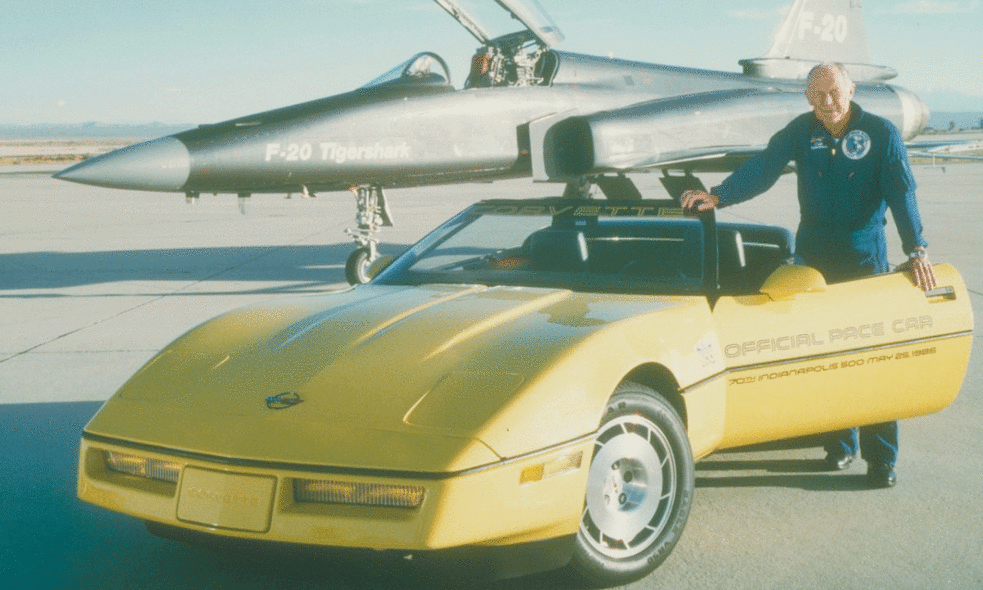 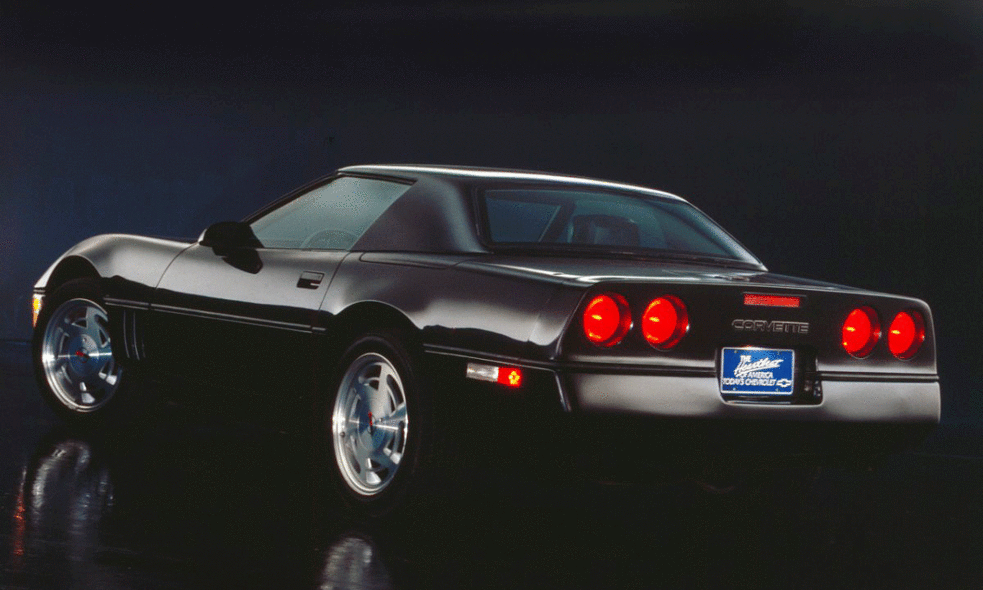 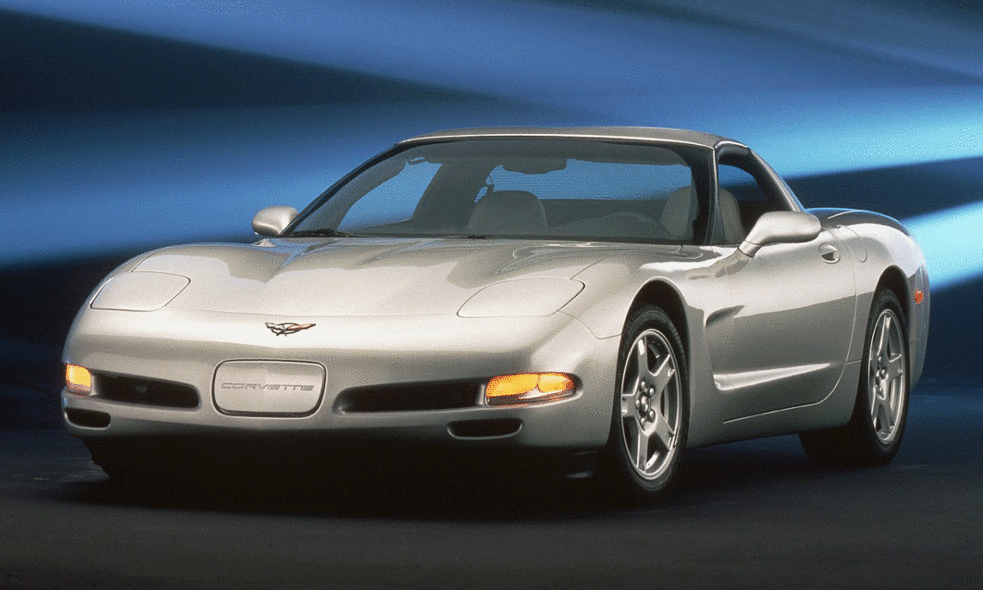 The all-new 1997 Corvette was larger overall than the outgoing C4 yet weighed nearly 100 pounds less. 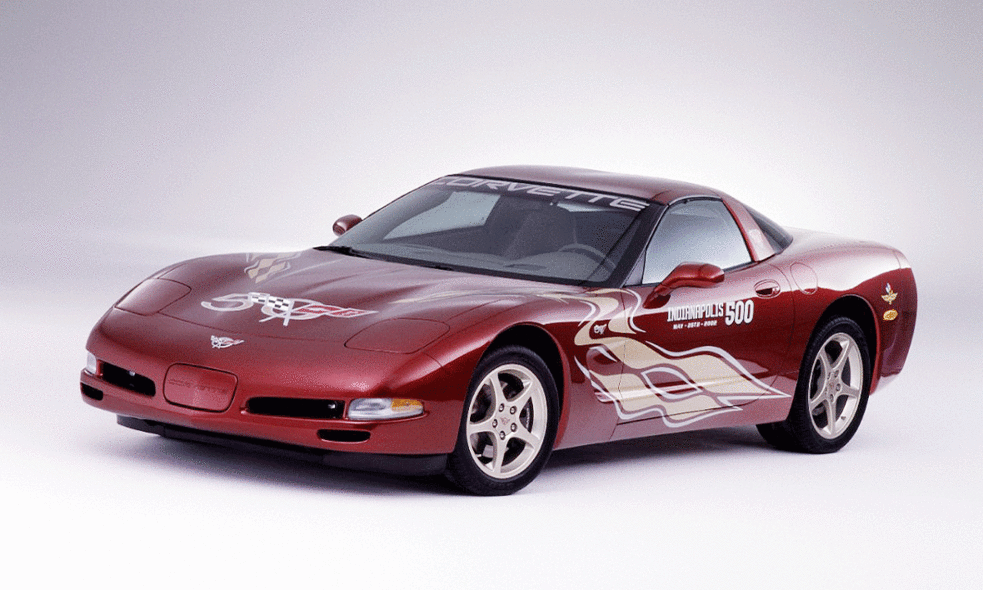 GM
The 2003 50th Anniversary Chevrolet Corvette C5 was featured as the official pace car of the Indy 500. 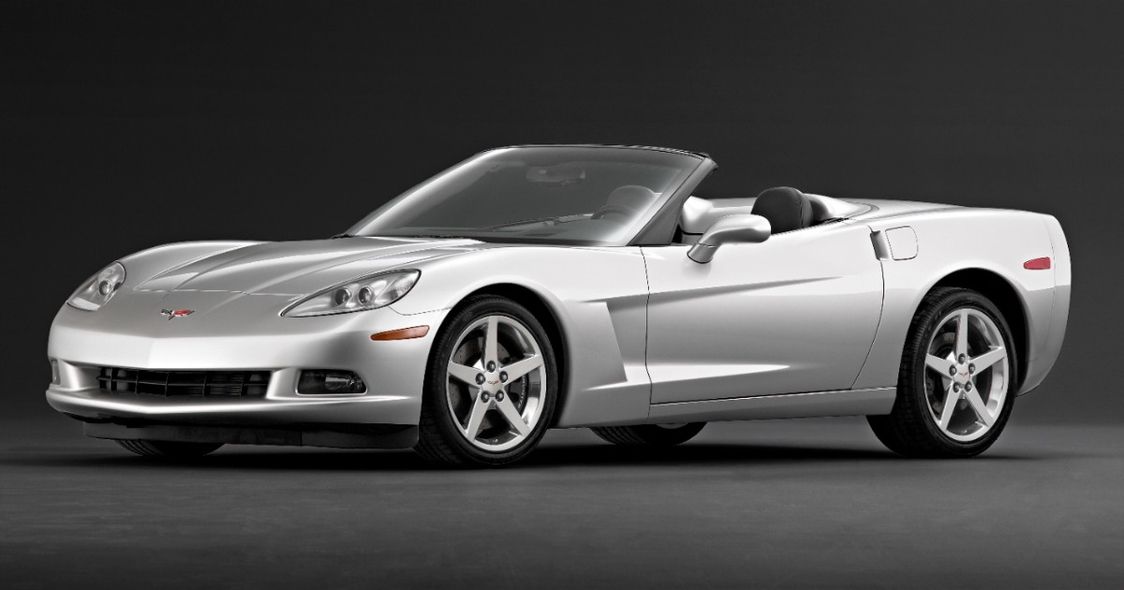 The 2005 Corvette featured a return to fixed headlamps. 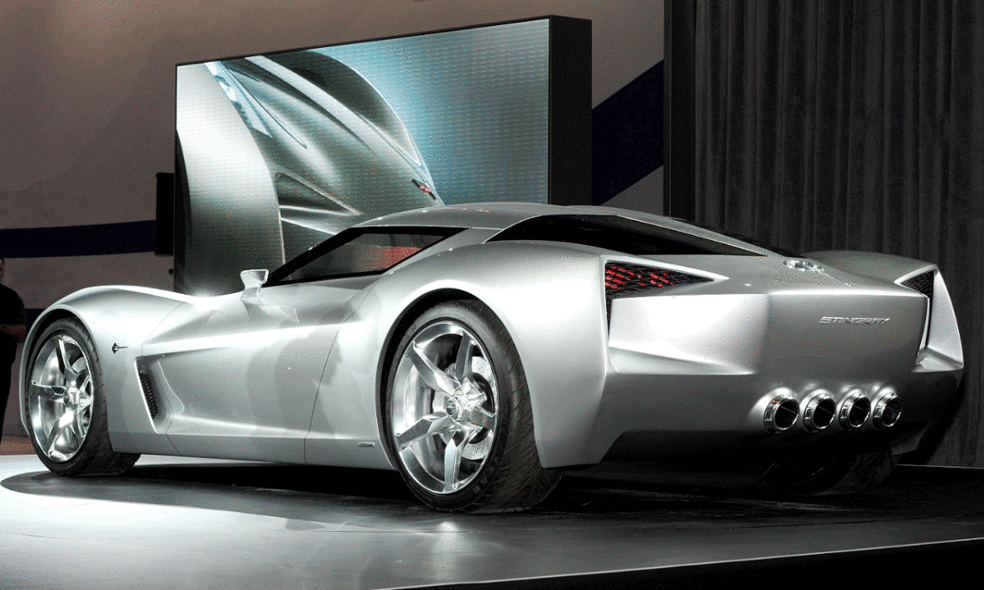 The Corvette vision concept was introduced at the Chicago Auto Show in 2009 and previewed the character Sideswipe in the movie "Transformers: Revenge of the Fallen." The concept was the creation of Corvette designers at GM and heavily influenced by the original Sting Ray race car introduced in 1959. 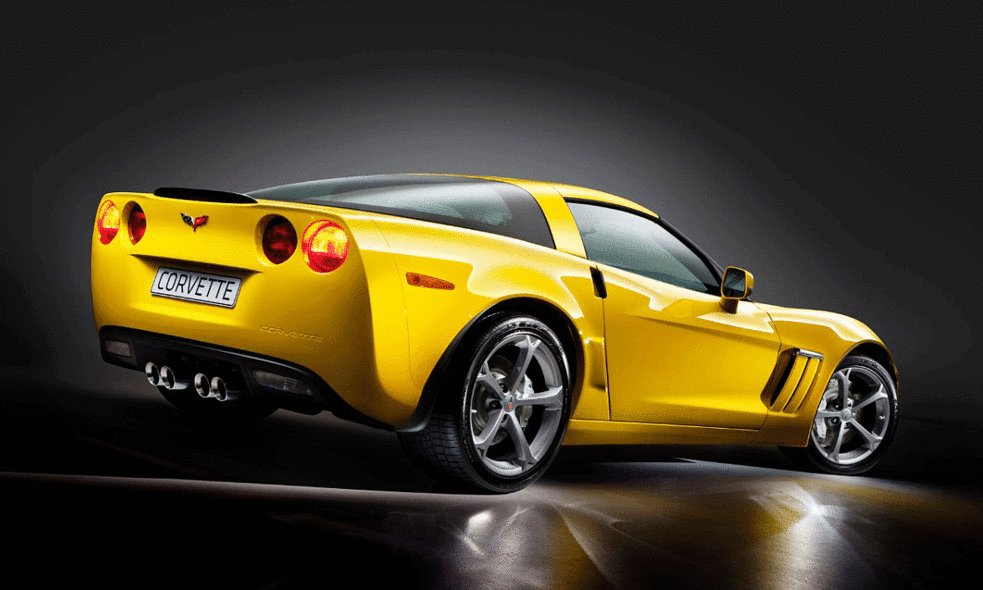 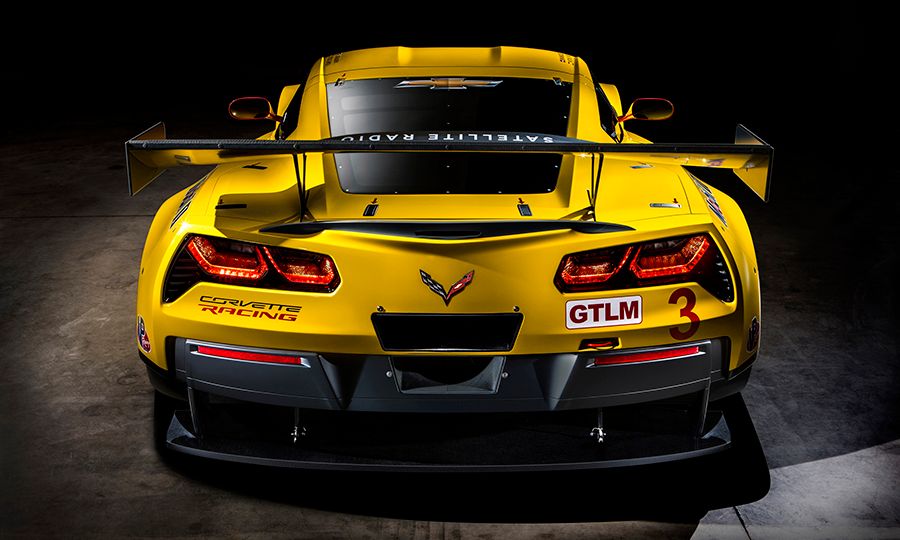 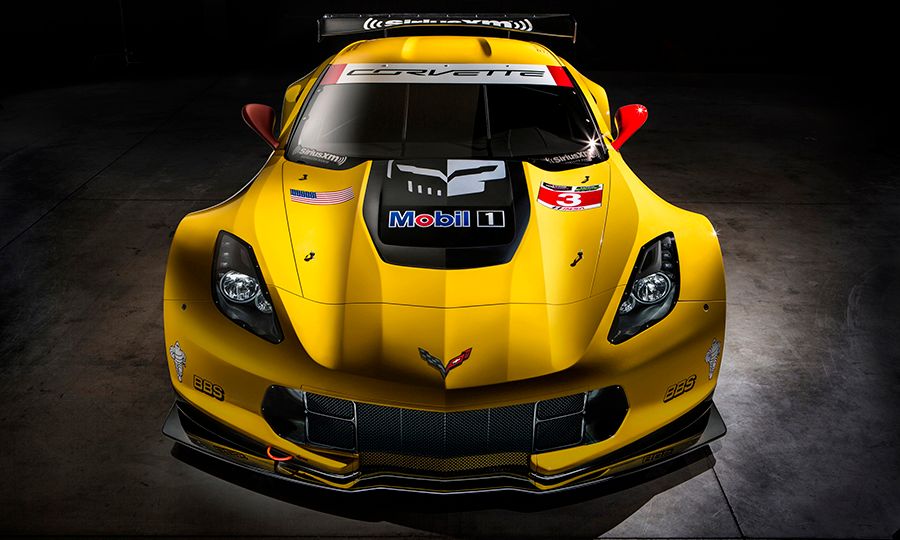 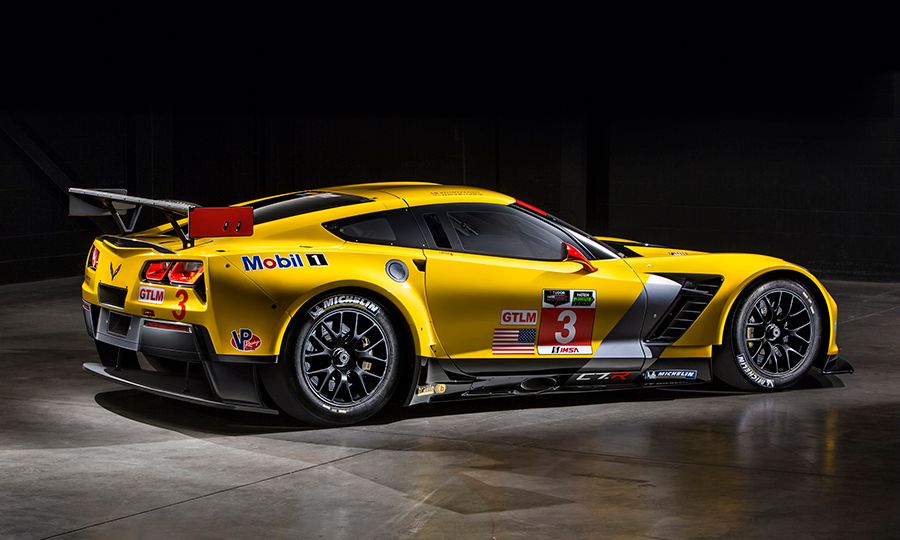 GM has standardized its information technology architecture at all of its plants worldwide, including the Chevrolet Corvette plant in Bowling Green, Ky. 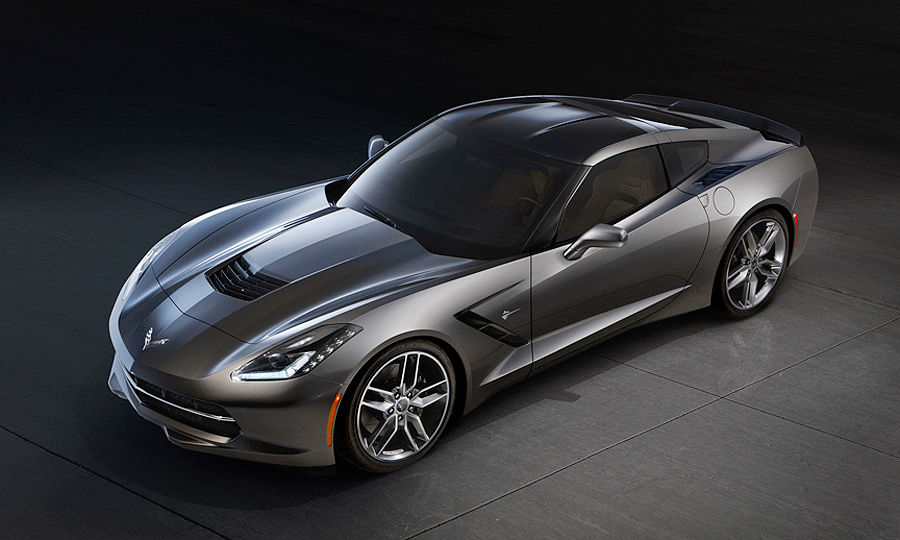 An all-new Corvette is rare. For 66 years the car has been built basically the same way --- with the engine up front, the transmission in the middle and drive axle in the rear -- and with the body mounted to the frame. There have been several iterations of the car's underpinnings over the years, and GM has tinkered a few times with a midengine layout, but none ever made production.

Despite the major technical changes, there's no guarantee the car will be a profit-making vehicle for GM. Sports car sales have collapsed. Even inexpensive two-seaters, such as the Mazda MX-5 Miata, have struggled. Through June, Porsche has sold just 4,620 911s in the U.S. The budget Porsche 718 has fared even worse with 2,155 sold through June. The highest-volume Porsche is a crossover, the Macan, with U.S. sales of 9,711 this year.

"Corvette mobilizes a passionate fan base but it's a small group and they don't necessarily represent the next generation of Chevrolet customers," said Jessica Caldwell, an analyst with Edmunds. "Moving to a midengine format shows Chevy isn't afraid to take risks to keep Corvette relevant, but you have to wonder if it will be enough to excite younger buyers."

Chevrolet dealers in the U.S. sold 9,731 Corvettes in the first half of the year, down roughly five per cent over the same 2018 period.

For the first time in Corvette history, the car will be manufactured in right-hand drive, opening up exports markets in such places as Japan, the United Kingdom and Australia. That tactic has worked well for Ford, which boosted volumes of the latest Mustang by adding right-hand drive versions.