Jeep is adding more power and capability to the Wrangler, the off-road brand's model that will be heading to showrooms about the same time as the Ford Bronco.

Fiat Chrysler Automobiles said it's the first time in nearly 40 years that a V-8 has been a factory option on the Wrangler. The Wrangler's predecessor, the CJ, was the last to have a V-8, in 1981. That model, FCA said, delivered 125 hp and 220 pound-feet of torque.

FCA Canada confirmed the Wrangler Rubicon 392 is bound for Canada, but that there is "no timing to be shared just yet."

The Wrangler Rubicon 392 will hit U.S. dealerships in the first quarter of 2021, right in time for the Bronco's spring debut. Jeep began teasing a 392 concept in July, appearing a few hours before the Bronco was unwrapped.

The Wrangler Rubicon 392 checks off another box on the Jeep fan wish-list, joining the diesel Wrangler, the Gladiator pickup and the upscale Grand Wagoneer that'll bolster the lineup next summer, said Scott Tallon, head of Jeep product marketing.

Pricing will be released closer to the sales launch.

Tallon said the V-8-powered Wrangler isn't a direct response to the Bronco, which won't have that option when it reaches stores next year. Rather, it's an example of Jeep being responsive to consumer feedback.

The social media buzz that followed the 392 concept's July reveal, Tallon said, affirmed that Jeep was making the right move.

Customers have "been asking for this for years," Tallon said. "That's really what's helped propel the Jeep brand over the last eight decades. Listen to your customers. It's amazing what they can help and then drive in terms of success.

"Quite frankly, this has been under development for a really long time, before we really knew anything about the Bronco," Tallon added. "It's just something we knew was the next evolution for capability in Wrangler."

The Rubicon 392 will be produced only as a four-door model. Half-doors are available to give occupants more of an open-air feel.

A secondary air path within the hood structure cools the engine in case the hood scoop becomes restricted by snow, mud or debris. This allows the Wrangler Rubicon 392 to achieve top speed "even with a fully blocked primary air path."

The Off-road Plus drive mode, the company said, allows drivers to lock the rear axle at high speeds while in 4 High.

The interior is highlighted by leather seats and a leather-wrapped, performance steering wheel that features wheel-mounted paddle shifters. 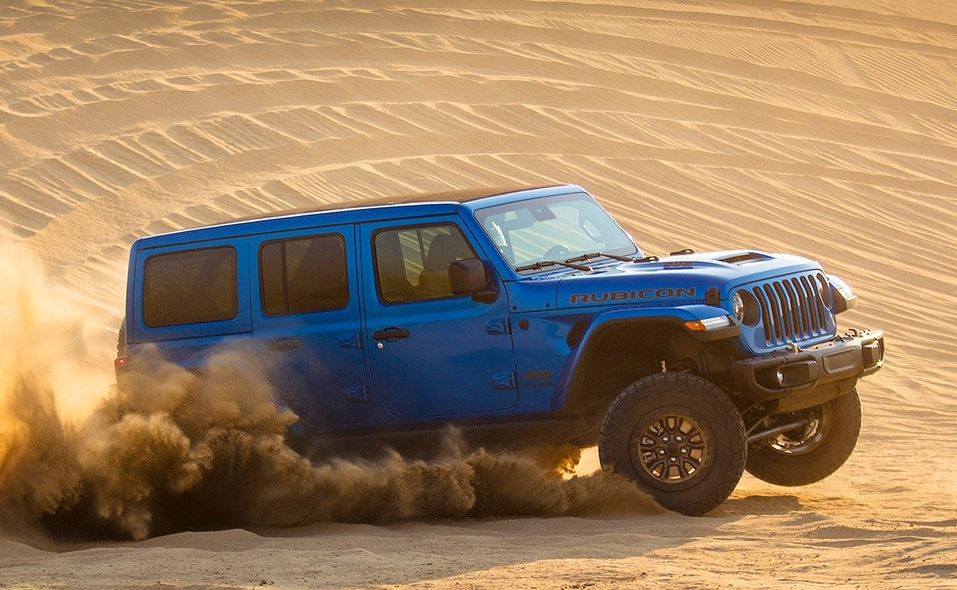 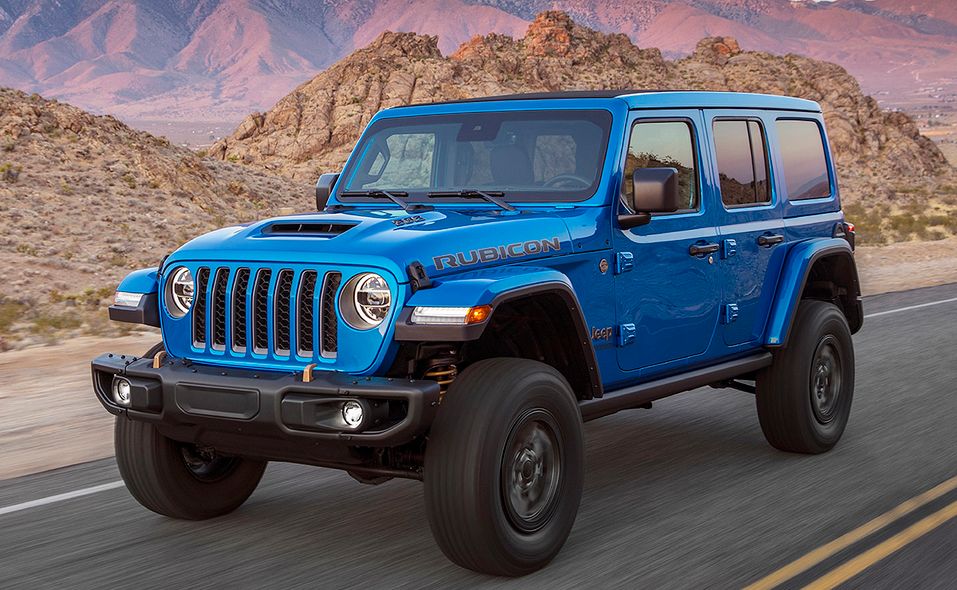 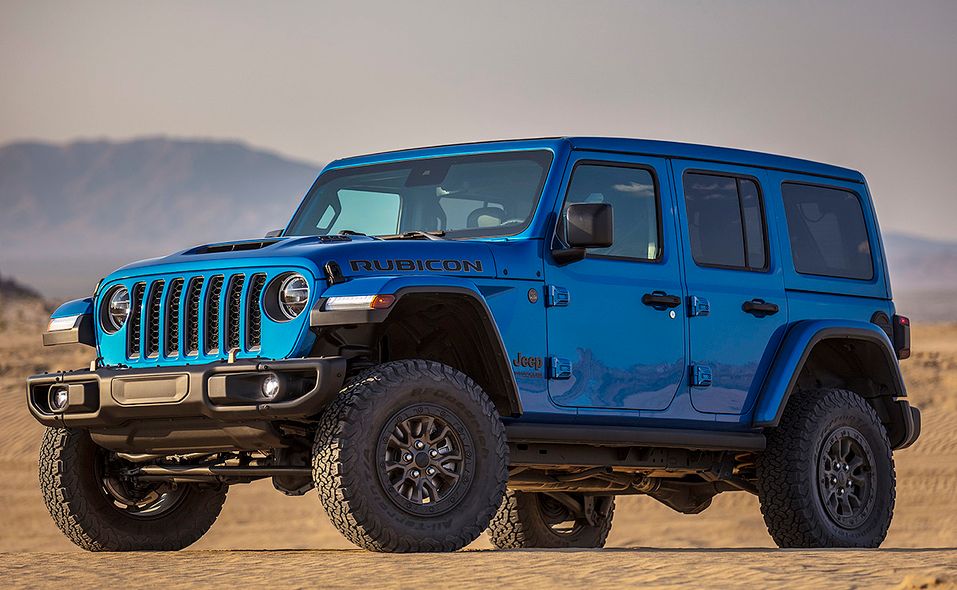 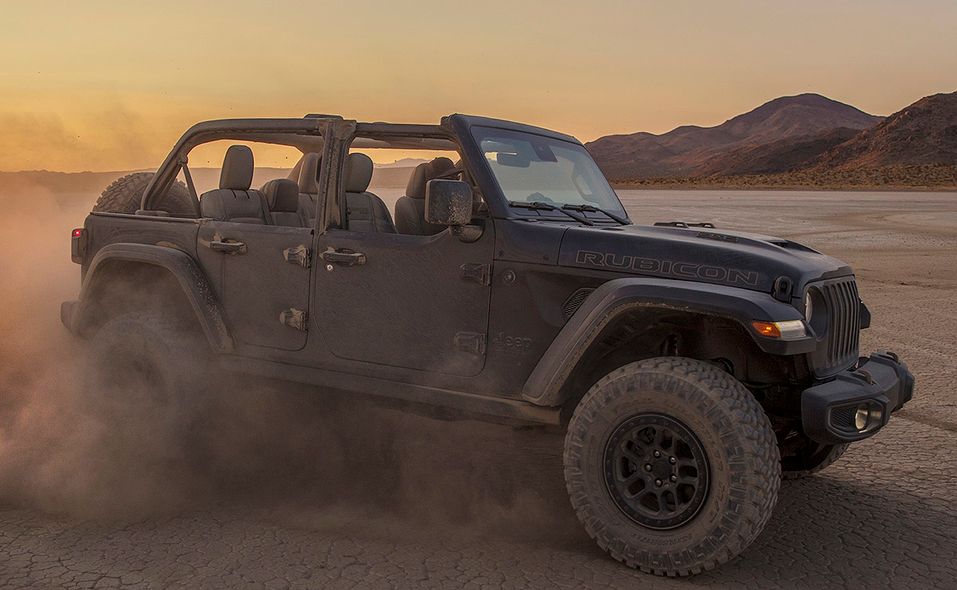