Mercedes says the new C-Class appears to be moving even when it's at a standstill, reflecting a short front overhang and a sporty hood with "power domes" that accentuate the appearance of forward motion. The windscreen and passenger compartment have been moved to the rear in a cab-backward design.

FRANKFURT -- Mercedes-Benz is positioning the redesigned C-Class as a smaller, sportier version of the recently launched S-Class flagship sedan.

The latest C-Class will "raise the bar as the most sophisticated offering in its segment," Mercedes said Tuesday, reflecting extensive customization, a more luxurious interior with greater space, as well as better handling and lower fuel consumption.

"The letters C and S sit at opposite ends of the alphabet. However, in our portfolio they are now moving closer together," Daimler CEO Ola Kallenius said in a statement on Tuesday. "I am certain our new C-Class will excite even more customers with a wide range of high-tech features derived from our flagship S-Class."

The C-Class borrows heavily from the S-Class top-of-the-line sedan, including the cockpit and the latest version of the MBUX infotainment system complete with over-the-air software updates.

The new C-Class offers Mercedes the first opportunity to move downmarket some of the advanced high-tech from the S-Class. Normally, the larger E-Class would get the features before the C-Class but the E-Class sedan, which analysts say generates the bulk of Mercedes profits from a healthy mix of strong volume and pricing, was just refreshed last year and is not scheduled for a replacement until 2023.

The C-Class was the top-selling Mercedes-Benz sedan in Canada in 2020, with sales of 3,971, down nearly 42 per cent, due mainly to pandemic-induced lockdowns almost nationwide.

The C-Class's latest, second-generation MBUX has a Smart Home function that allows users to control the heating, lights, and other electrical appliances in their home through WiFi, as well as use motion detectors to see who is in the home.

To cut CO2 emissions and improve fuel economy, the C-Class drops six- and eight-cylinder engines, and will offer only four-cylinder gasoline and diesel engines with fuel-saving hybrid technology.

The C-Class's fourth-generation plug-in hybrid drivetrain has an electric-only range of 100 km (62 miles) under WLTP tests, which Mercedes says is the longest range of any plug-in on the market. The mild hybrid versions will have a 48-volt on-board electrical system. The output of the 1.5-litre and 2.0-litre four-cylinder gasoline and diesel engine paired with a nine-speed gearbox ranges from 168 hp to 262 hp.

To give the vehicle greater agility, the C-Class can also be upgraded to include rear-axle steering. At speeds below 60 km/h (37 mph), the rear wheels steer in the opposite direction to the front wheels and at speeds above 60 km/h, the rear wheels steer in the same direction as the front wheels. Both features virtually shorten the wheelbase and make the vehicle sportier and more responsive.

The C-Class's wheelbase has increased by 25 mm to 2865 mm, giving front and rear passengers more room.

The C-Class is Mercedes' best-selling vehicle globally, with China its largest market since 2016.

Both the sedan and wagon versions can be ordered from March 30 and will arrive in European showrooms in the summer. 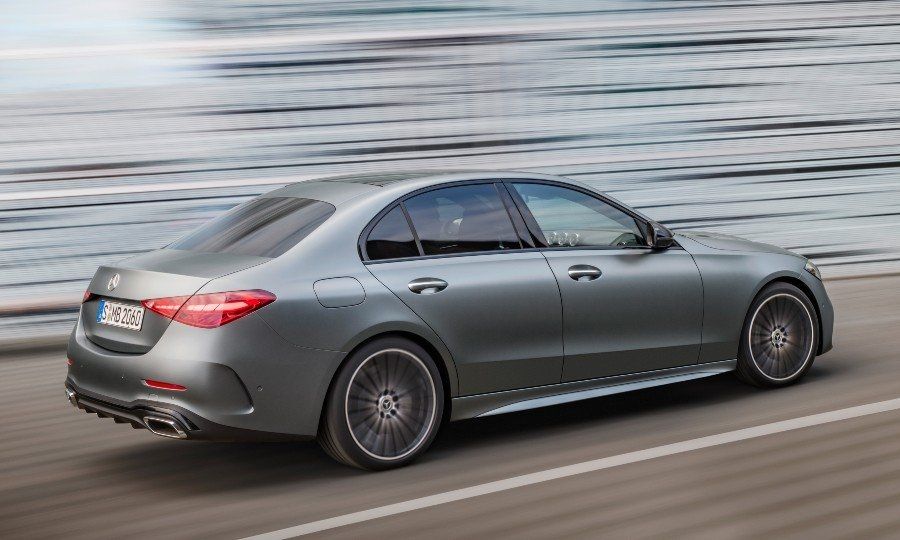 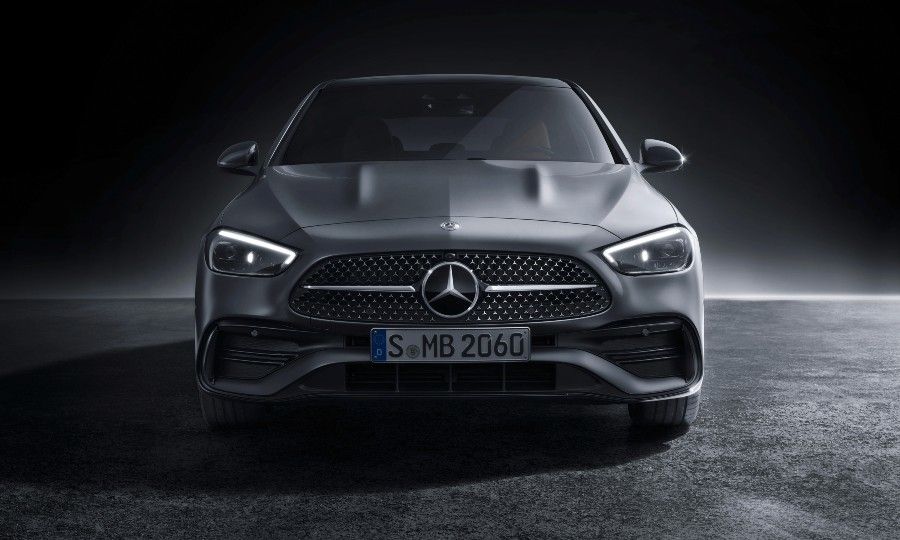 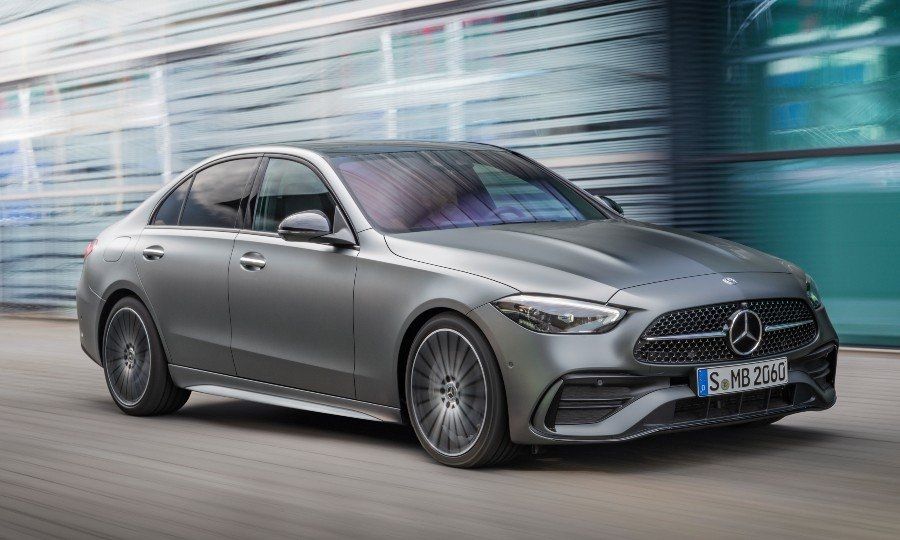 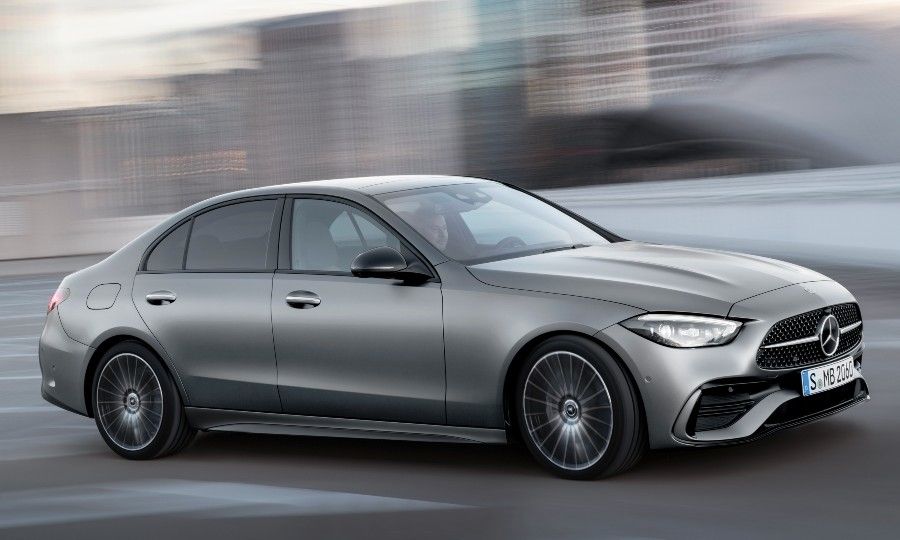 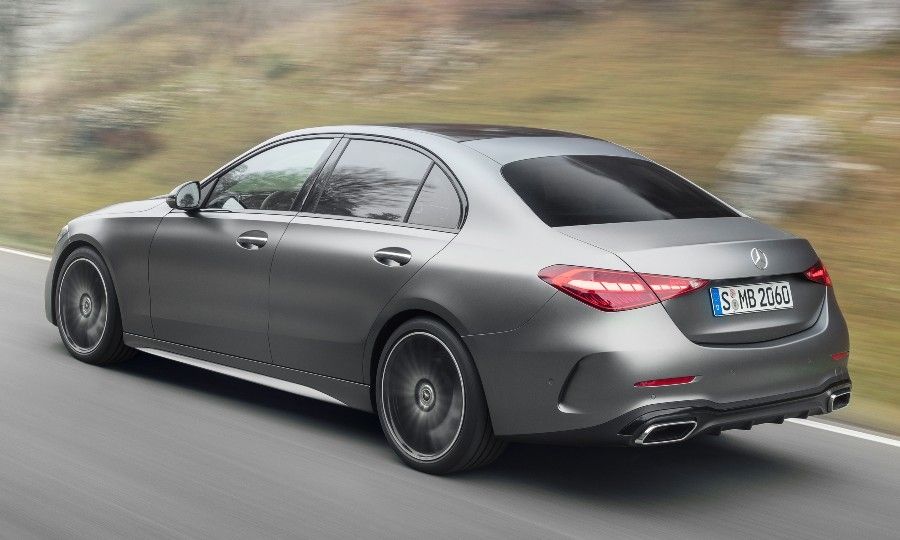 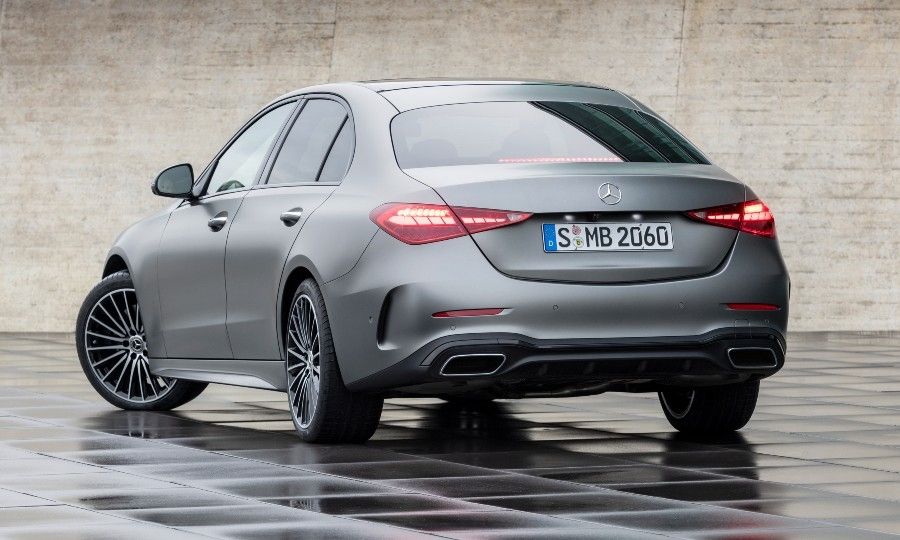 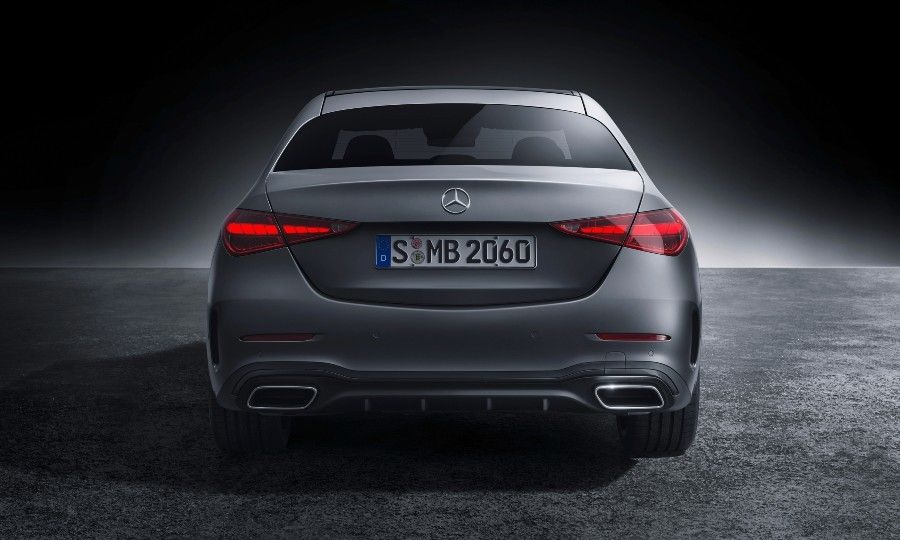 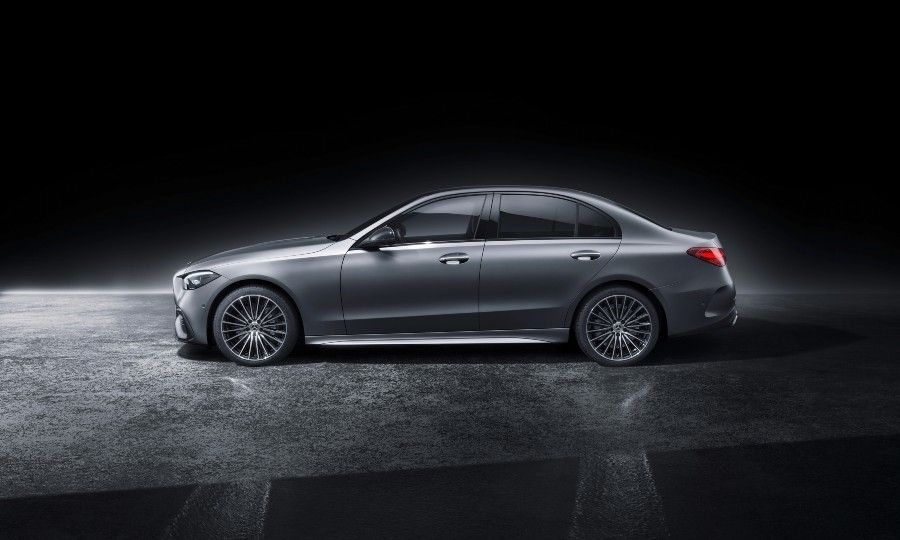 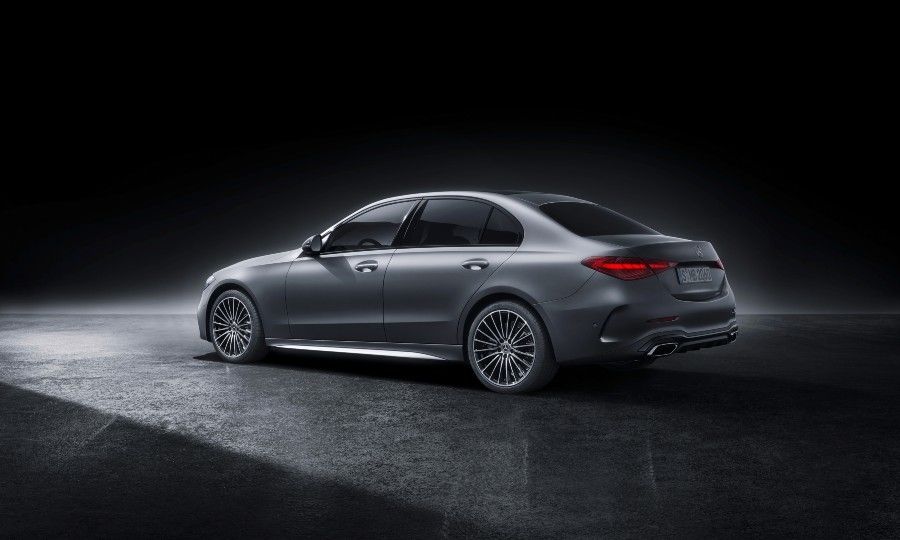 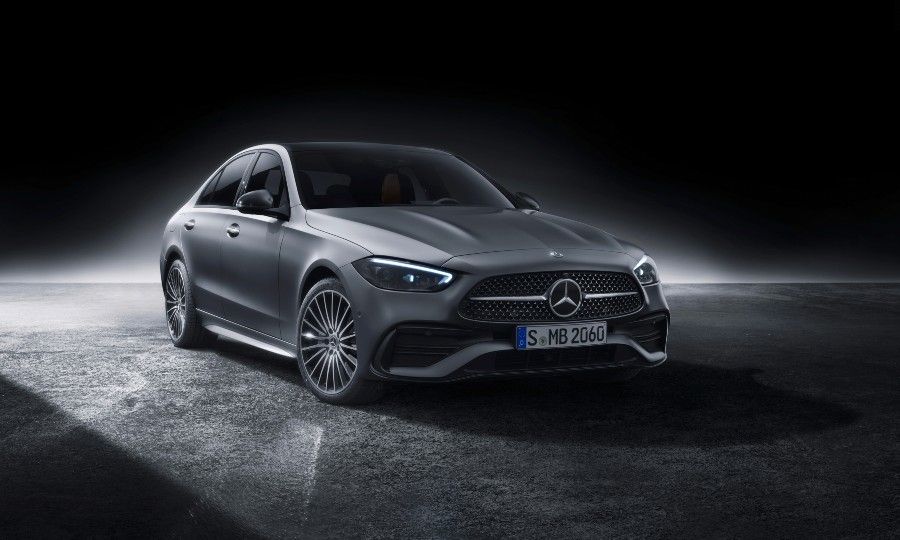 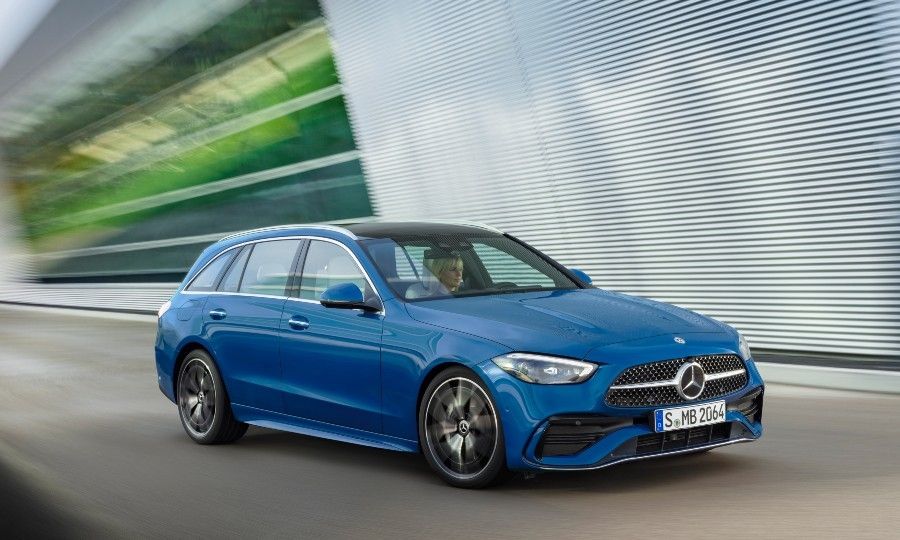 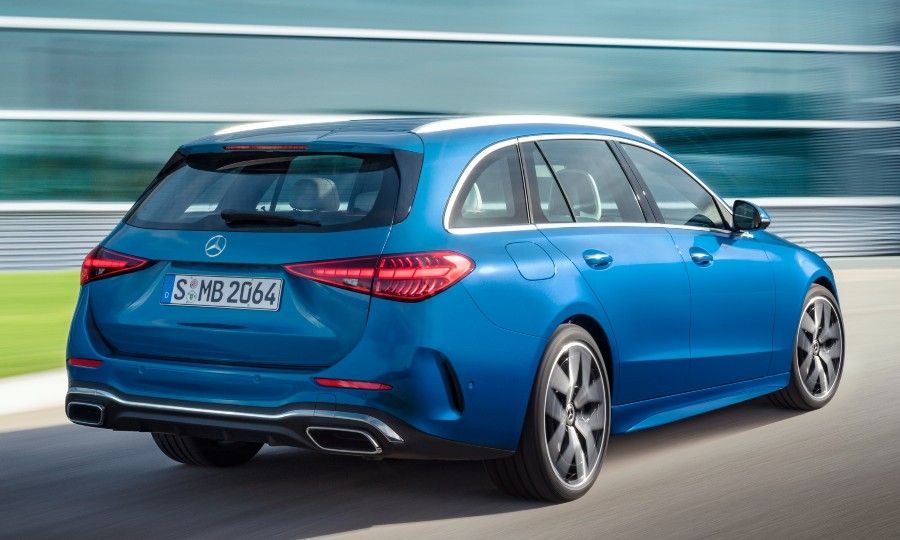 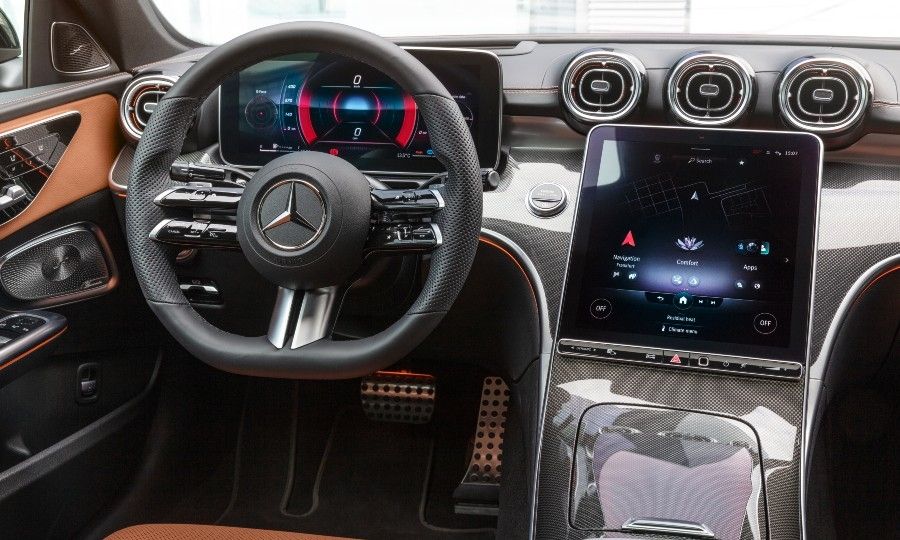 Breakthrough vehicles: Automakers kept delivering despite what the universe threw at them