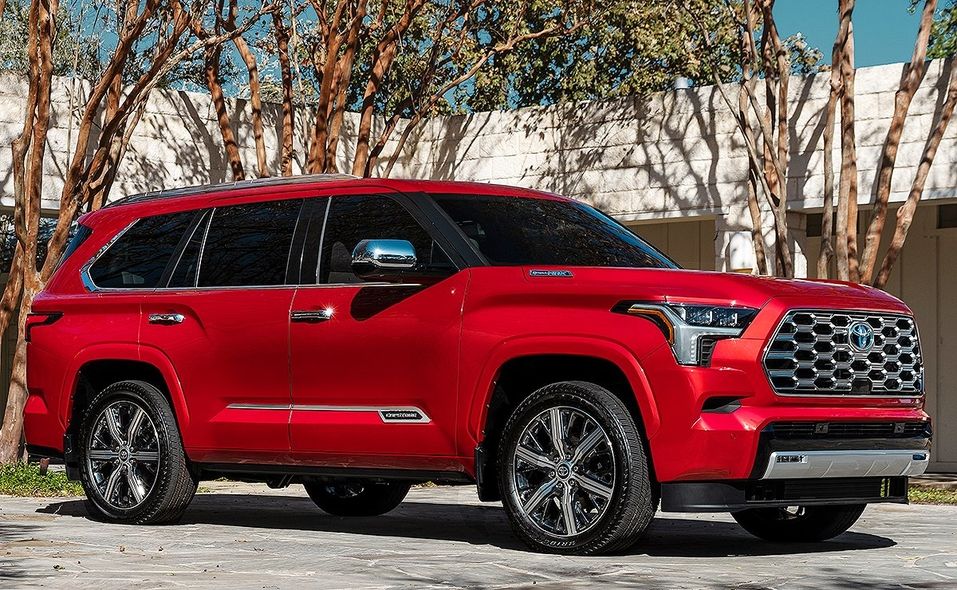 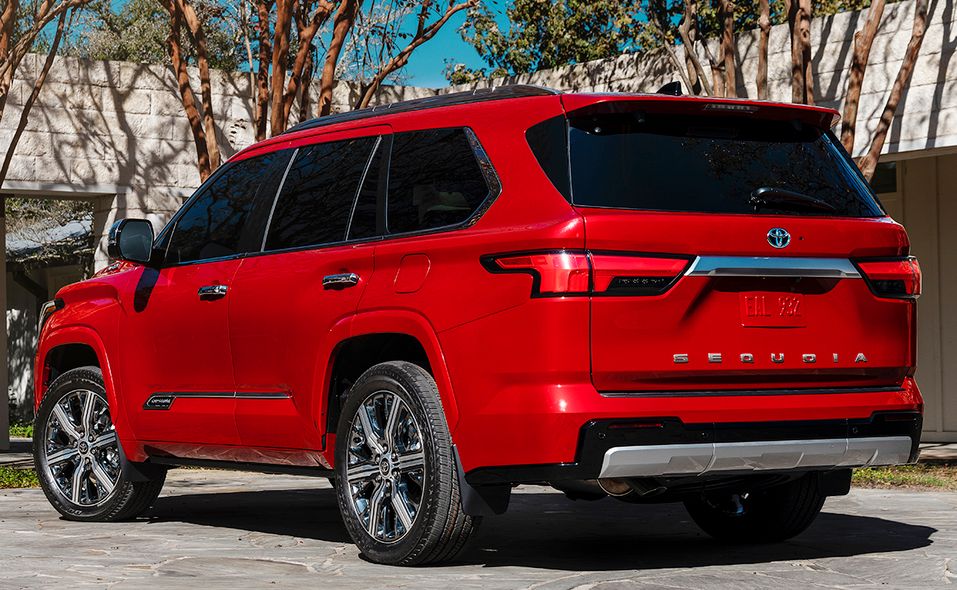 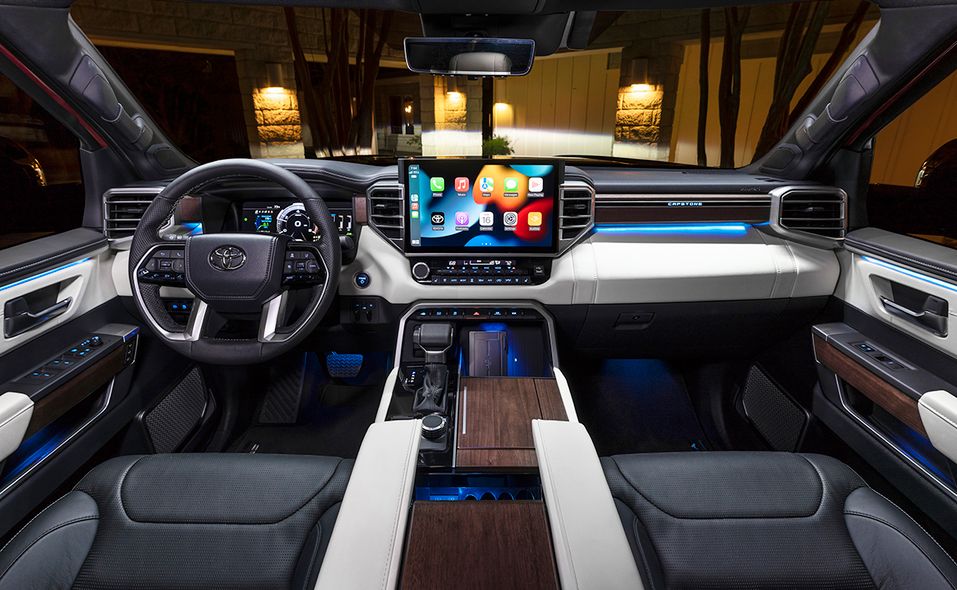 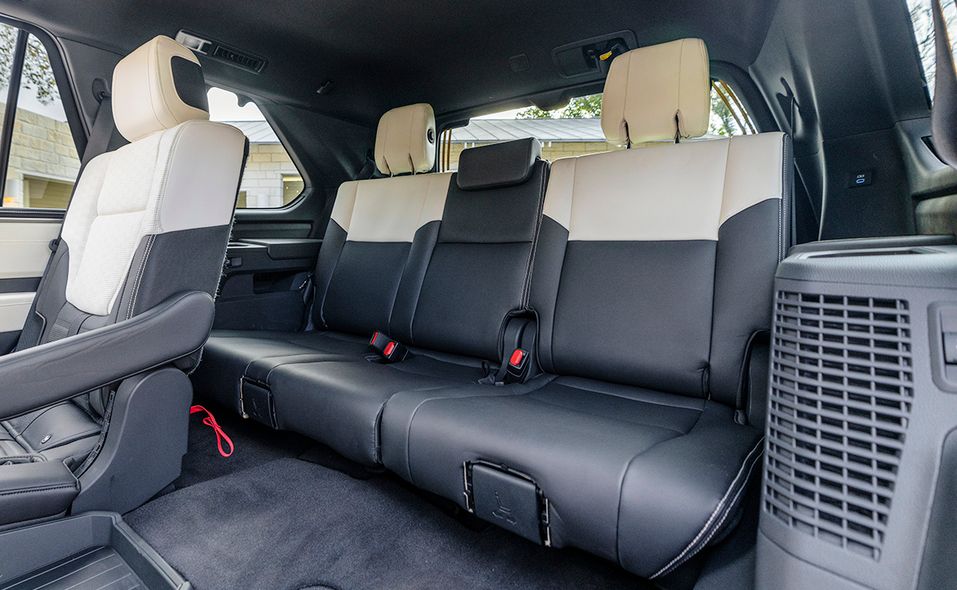 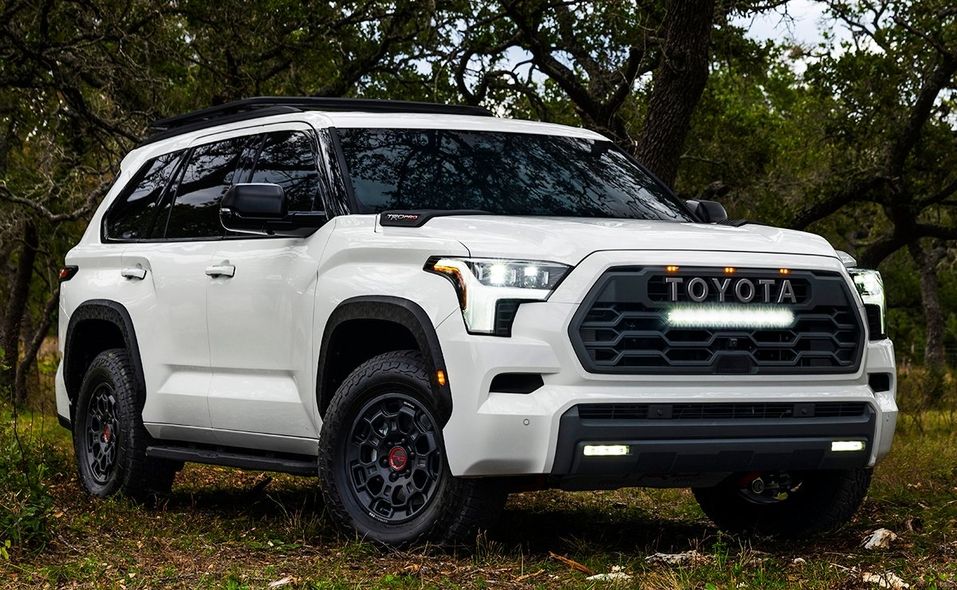 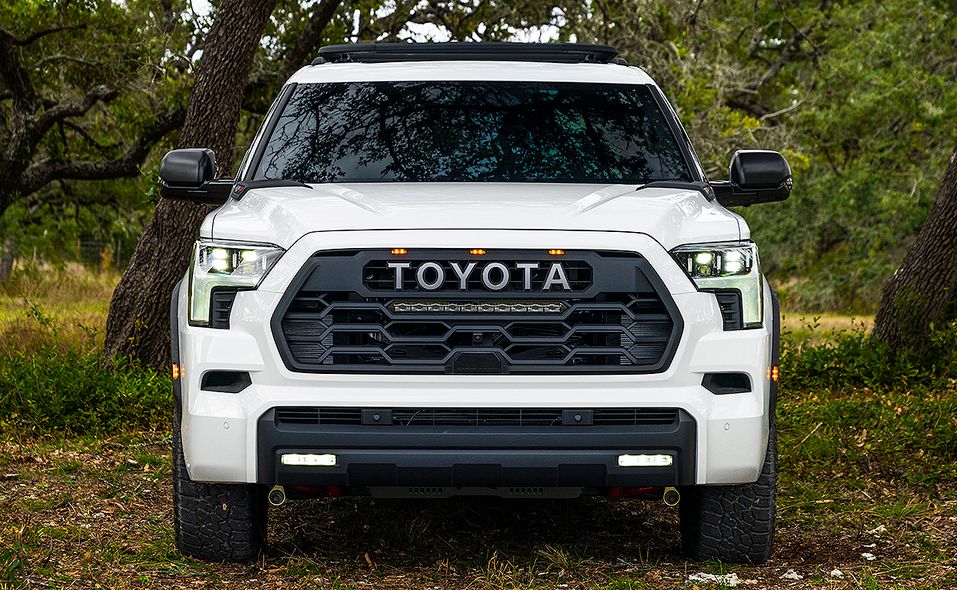 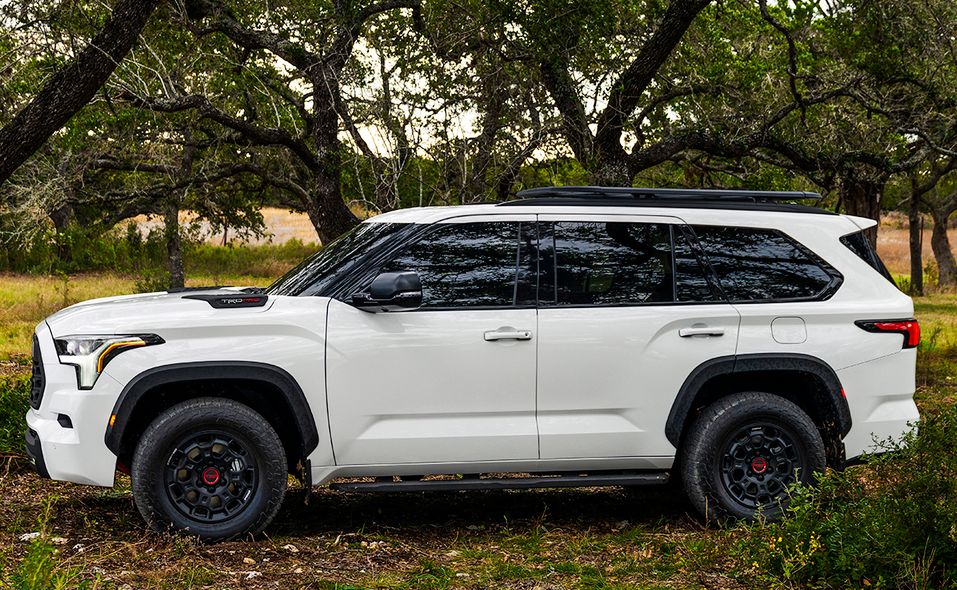 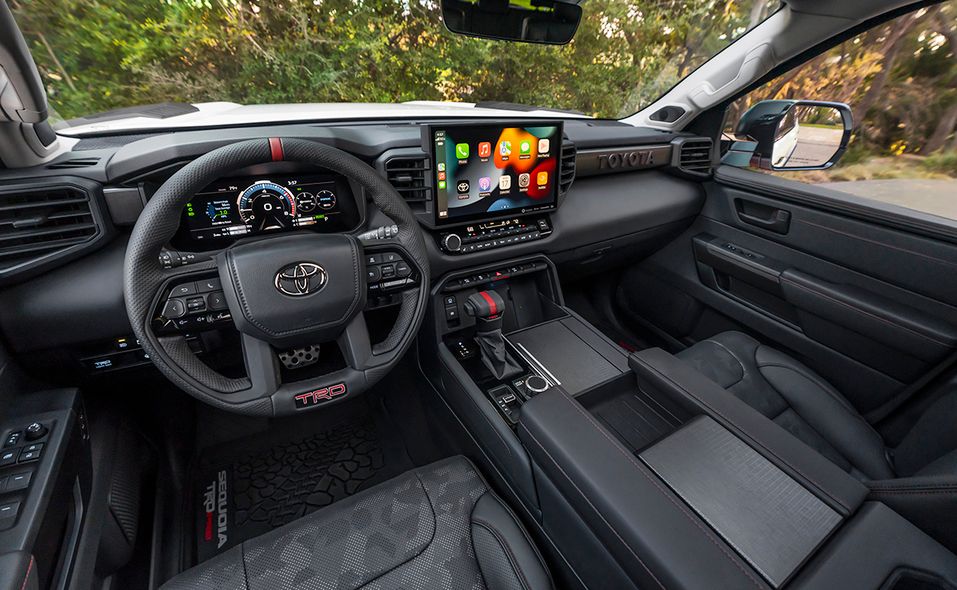 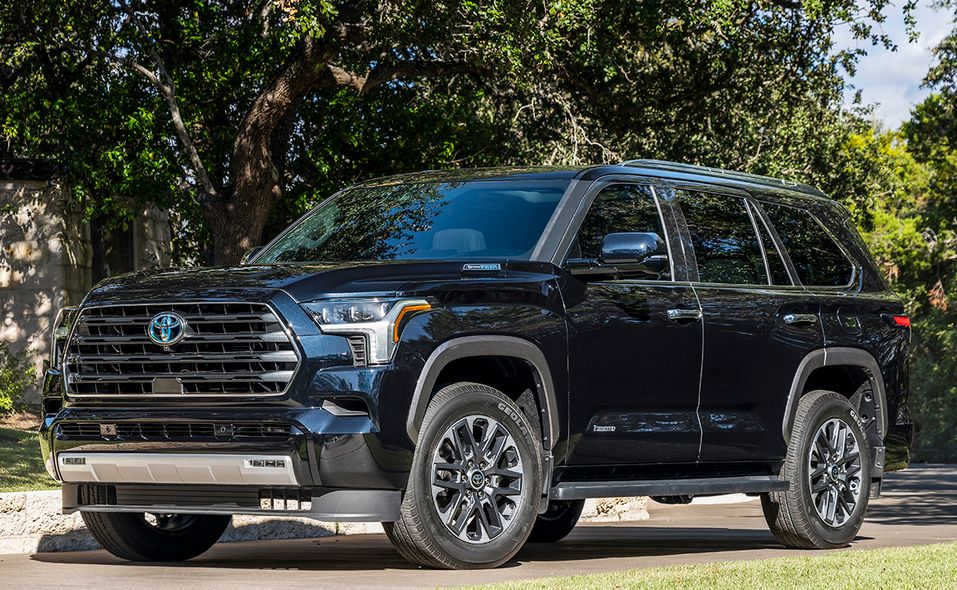 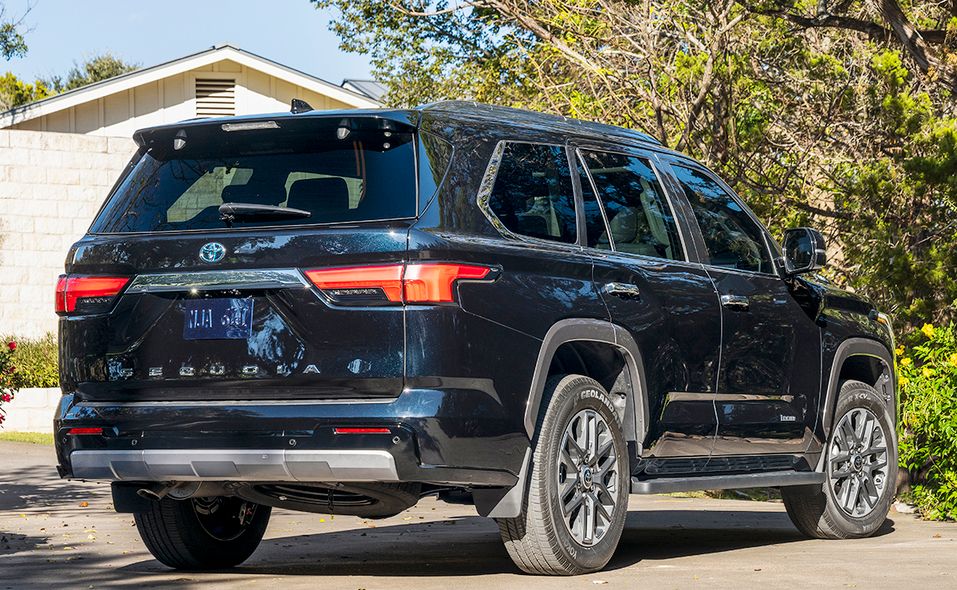 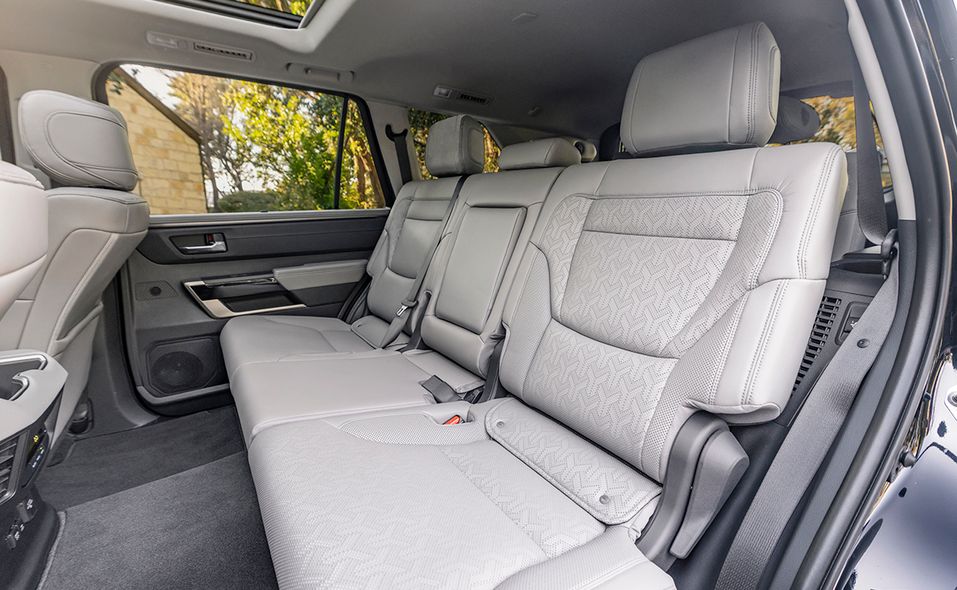 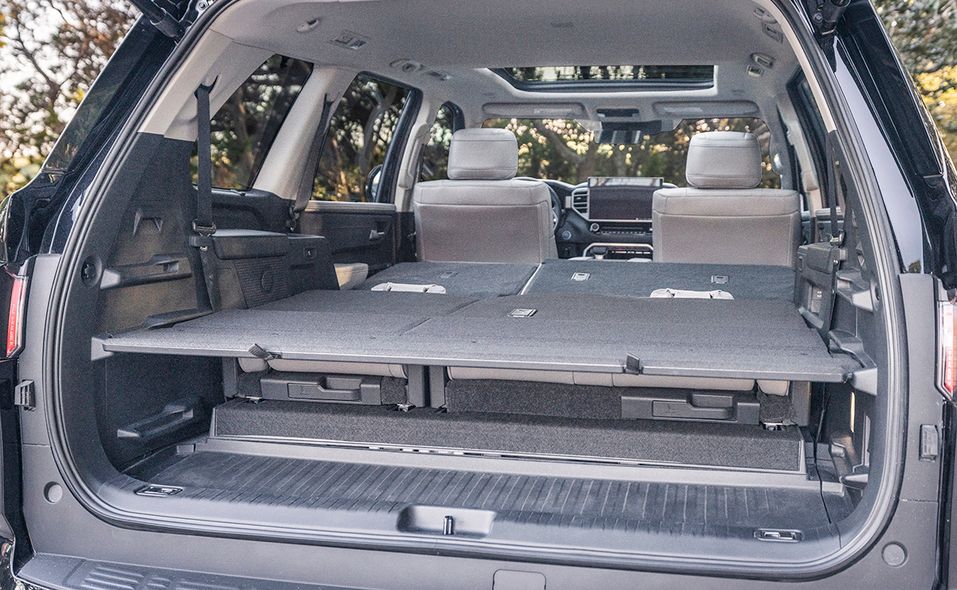 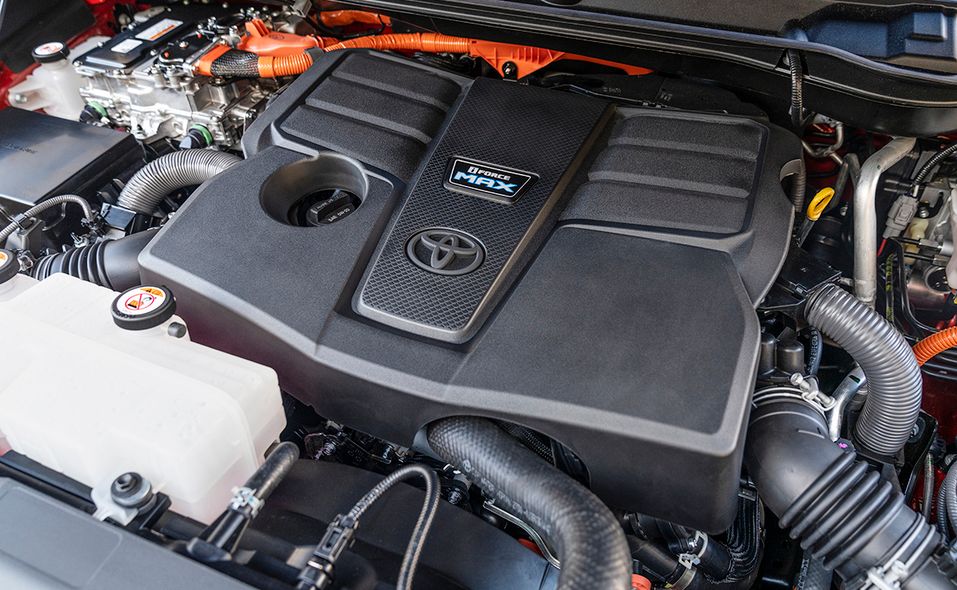 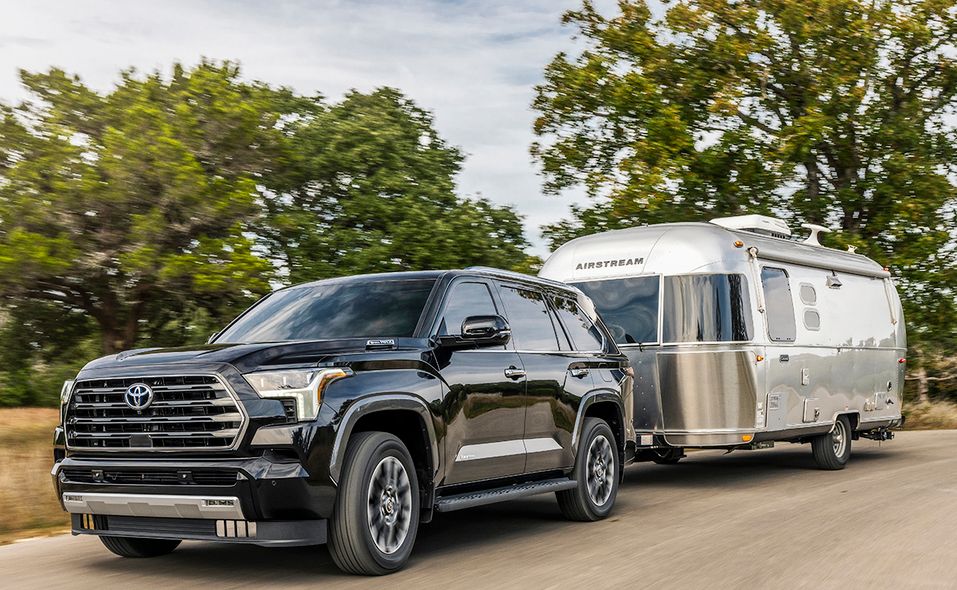 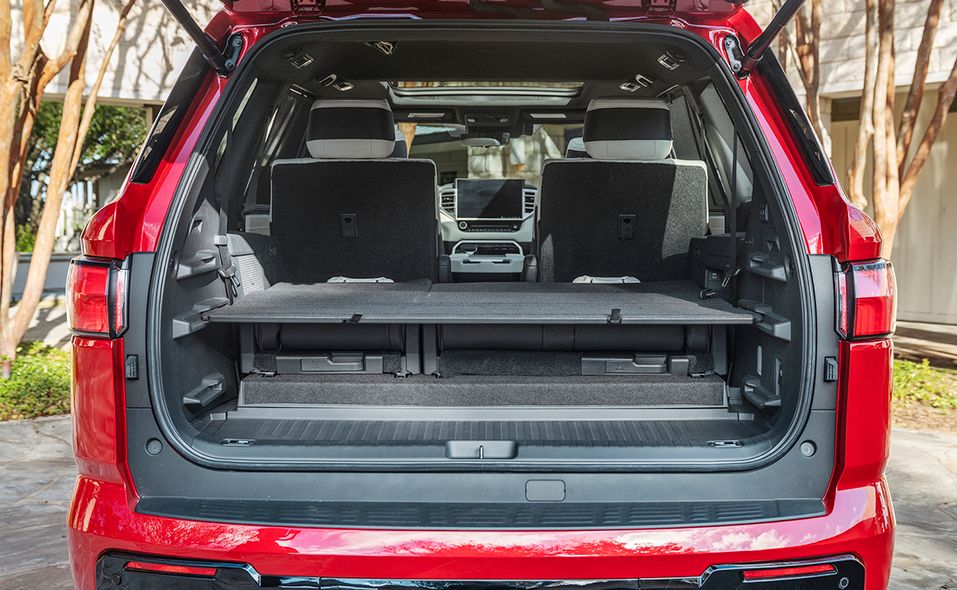 The makeover, its first in more than a decade, should allow the Sequoia to better compete against large body-on-frame SUVs such as the GMC Yukon, Jeep Wagoneer and Ford Expedition.

The redesigned 2023 Toyota Sequoia, set to arrive in dealerships late this summer, was shown late Tuesday to journalists in Carmel-by-the-Sea, Calif. The three-row, body-on-frame SUV will come standard with the brand's new iForce Max hybridized powertrain — debuting this year on the Tundra full-size pickup and engineered specifically to improve power and torque instead of just fuel economy.

The iForce Max powertrain produces a maximum 437 hp and 583 pound-feet of torque from its twin-turbo V-6 engine and 10-speed automatic transmission, and the new combination will give the Sequoia an improved maximum towing rating of 9,000 pounds, up 22 per cent from the current version.

Though fuel-economy ratings for the 2023 Sequoia won't be available for months, Toyota promises they will be greatly improved from the current 4x4 version's 14 mpg — or roughly 16.8 litres per 100 kilometres — combined figure and be more competitive with segment leaders, including the GMC Yukon (17 mpg or 13.8 l/100 km combined) and Ford Expedition (19 mpg or 12.4 l/100 km combined).

Inside the cabin, the 2023 Sequoia receives major upgrades, highlighted by the inclusion of a standard 8-inch or optional 14-inch infotainment touch screen that runs the new Toyota Audio Multimedia system, developed in-house in Texas and being rolled out across the brand over the next several years.

Toyota also paid close attention to the Sequoia's third-row seating, adding a recline feature as well as a sliding function that allows the third-row seats to move fore or aft up to six inches.

Toyota also is introducing what it's calling an adjustable cargo shelf system to the 2023 Sequoia. With the third-row seats folded down, a removable shelf can be set in a variety of storage positions depending upon the situation, the brand explained. The shelf also gives the Sequoia a flat, if raised, load floor behind the first-row seats that provides additional utility when not carrying passengers.

Toyota is recalibrating the Sequoia's trim walk in part to fill some of the void left in the lineup by the Land Cruiser's departure this year. Toyota will offer TRD Off-Road, Limited, Platinum, TRD Pro and the new Capstone, which slots above the previous Platinum top grade. Capstone will ride on standard 22-inch chrome rims and feature Walnut interior inlays and multiple exterior chrome accents, as well as standard power running boards.

The interior of the 2023 Toyota Sequoia Capstone

"Our primary design goal for Sequoia was to create a sophisticated yet tough and active lifestyle SUV that looks capable of handling a diversity of big adventure needs," Kevin Hunter, president of Toyota Motor Corp.'s North American design studio, Calty Design Research, said in a written statement. "That holds true whether it's a night out on the town with friends, towing a boat to the lake with family or taking a more extreme off-road adventure."

The redesign allows Sequoia to boost its towing chops. An optional Tow Tech package, which includes electronic aids to back up a trailer, is available across all trims and standard on TRD Pro and Capstone versions.

Pricing details for the 2023 Sequoia were not announced. Sequoia production is being moved this year from Toyota's assembly plant in Princeton, Ind., to a Texas truck plant in San Antonio, where it will share an assembly line with the Tundra.