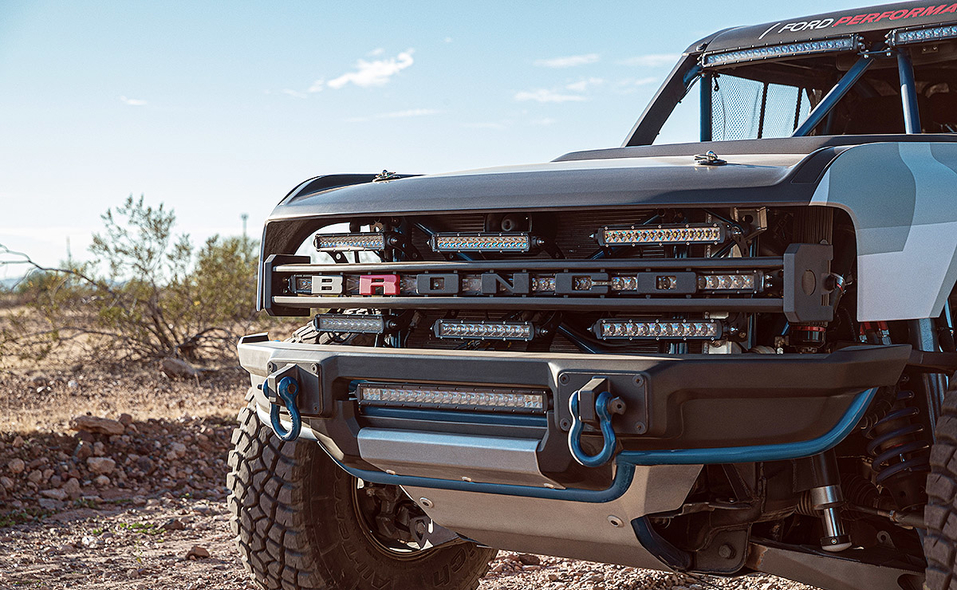 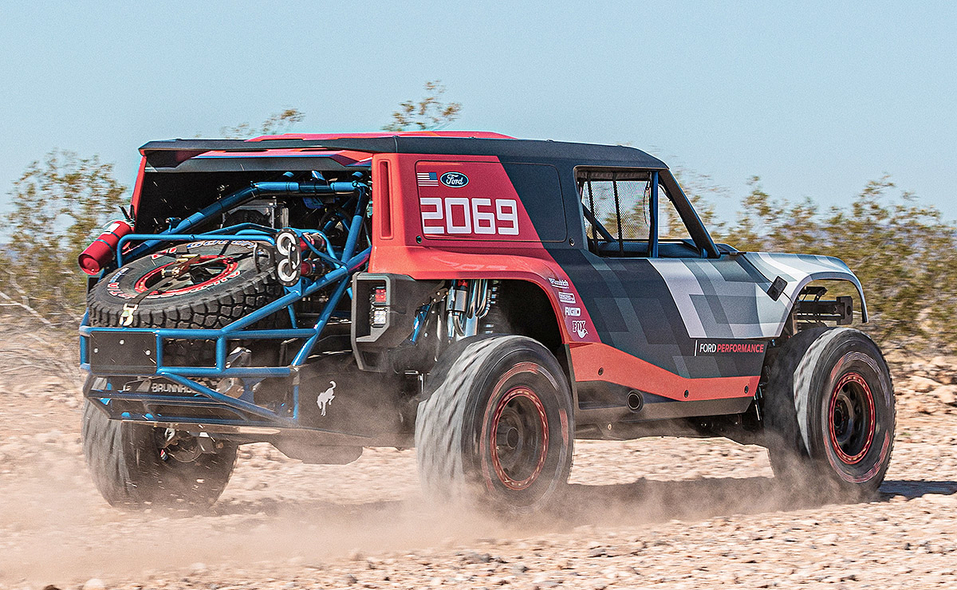 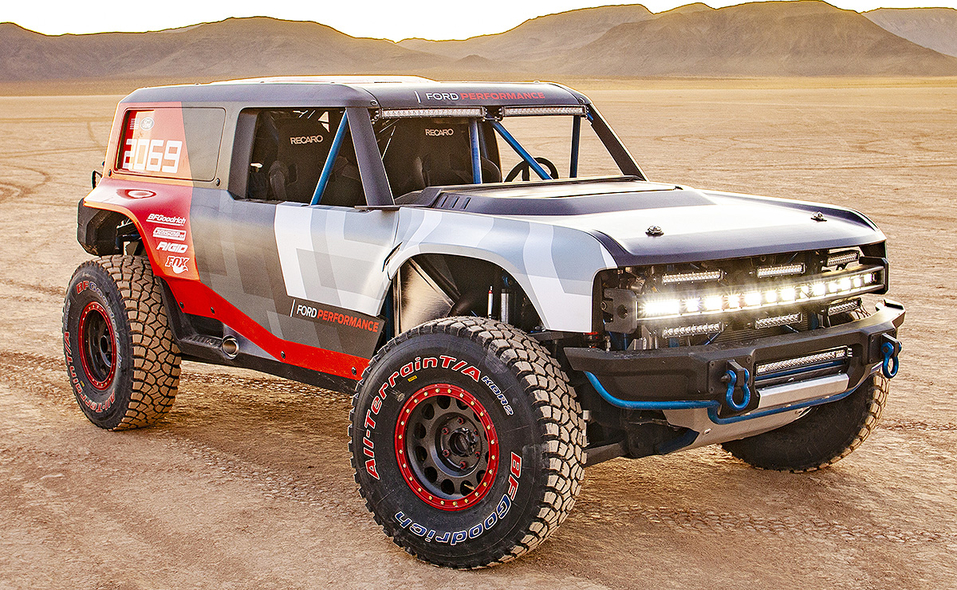 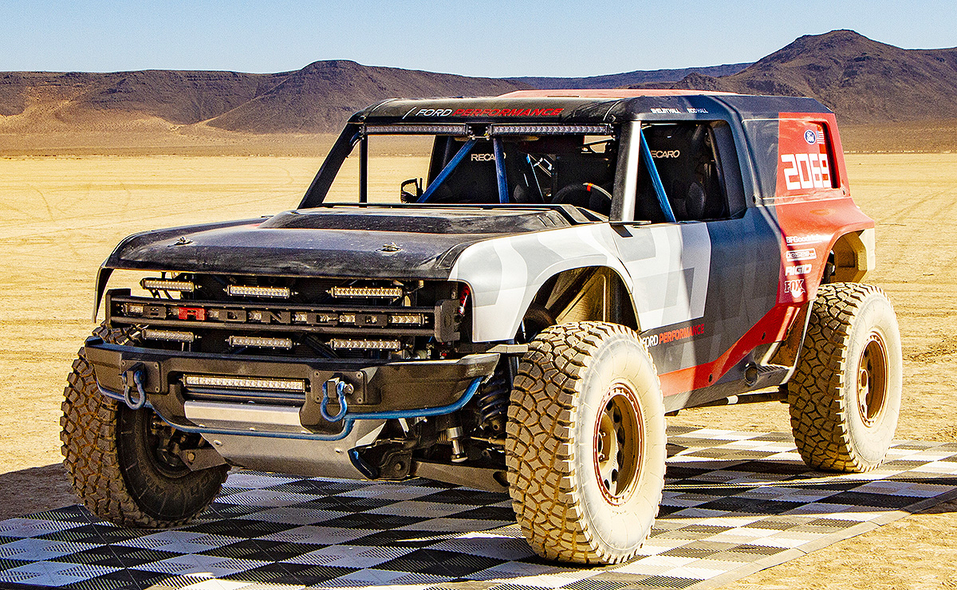 Ford is hinting at the production version of the Bronco SUV by teaming up with Geiser Bros Design and Development and Cameron Steele, a Baja 1000 Trophy Truck champion, to create the Bronco R race prototype. Developed by Ford Performance, the Bronco R “drops heritage-inspired design and proportion hints of what enthusiasts can expect to see when the future Bronco makes its world premiere next spring,” Ford says. It was created by a small team led by Paul Wraith, chief designer of the new Bronco. The wide-body prototype’s lightweight composite body features a clamshell hood and roof, clean body panels that pay homage to the first-generation Bronco, 15 LED lightbars and a cut roof that allows rear seat passengers to use a second-row hatch for access.