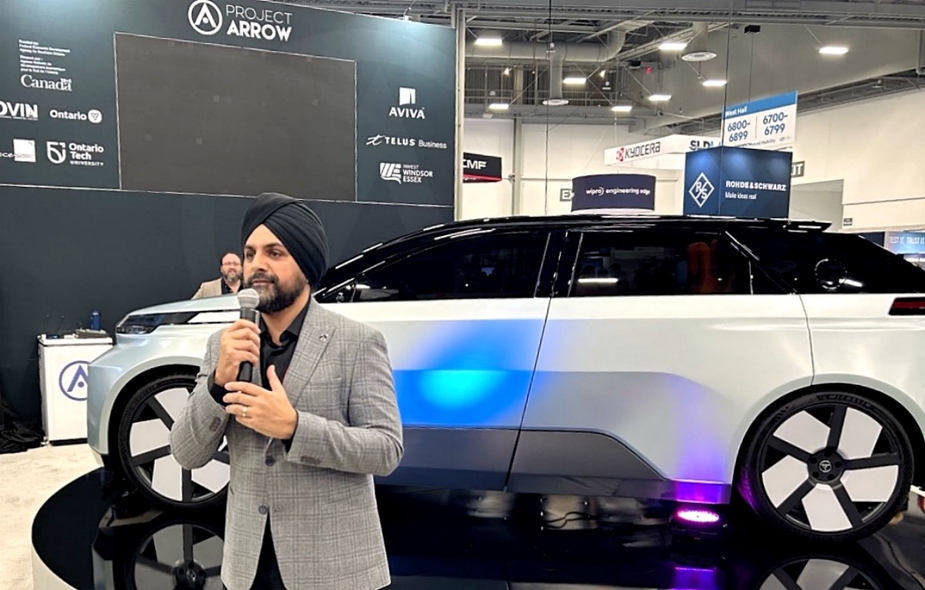 Project Arrow from behind 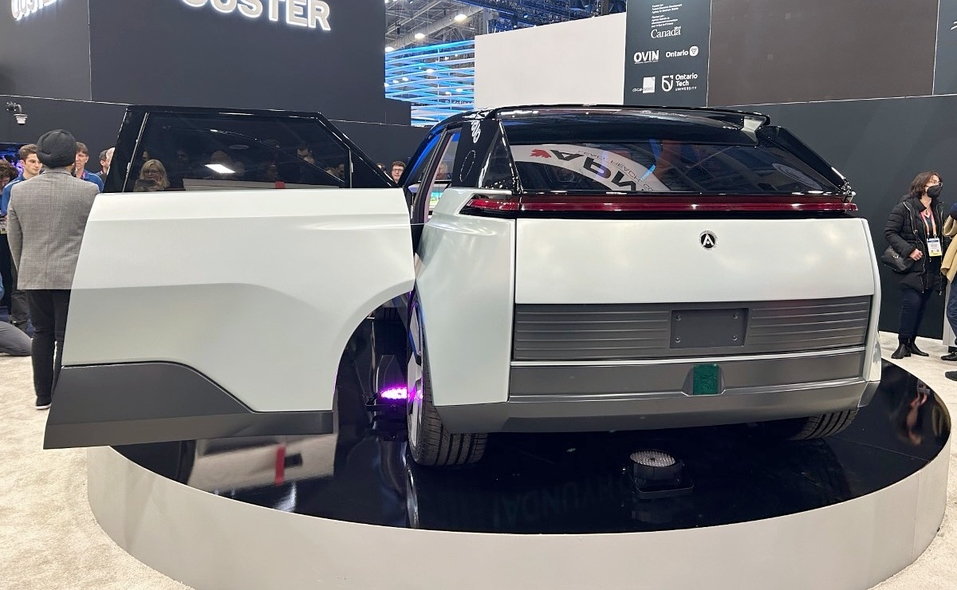 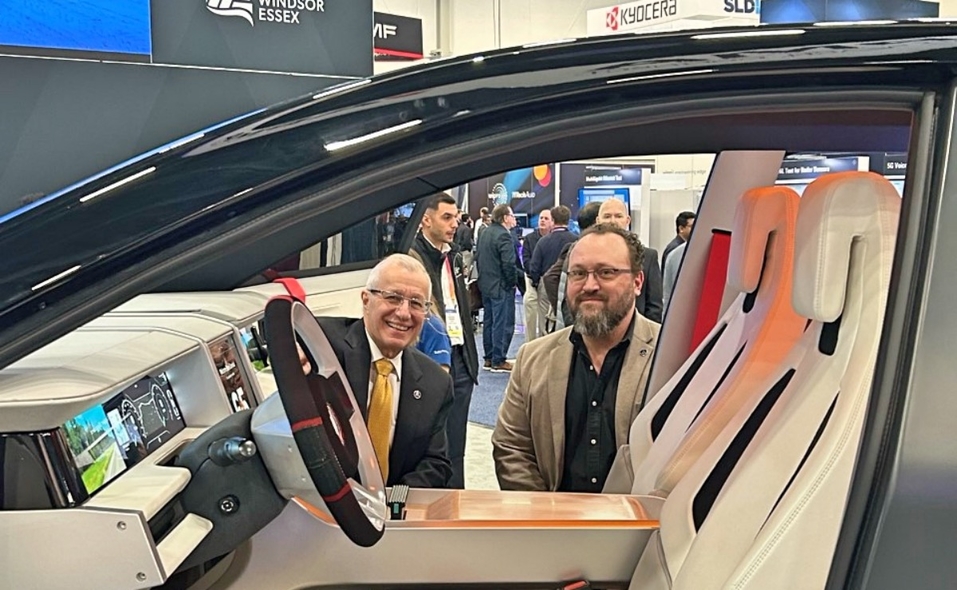 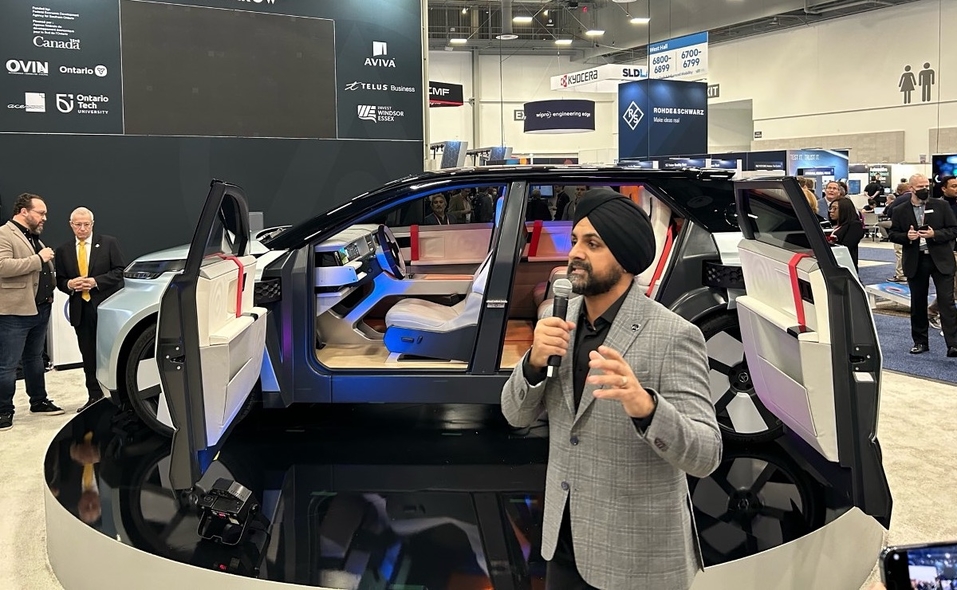 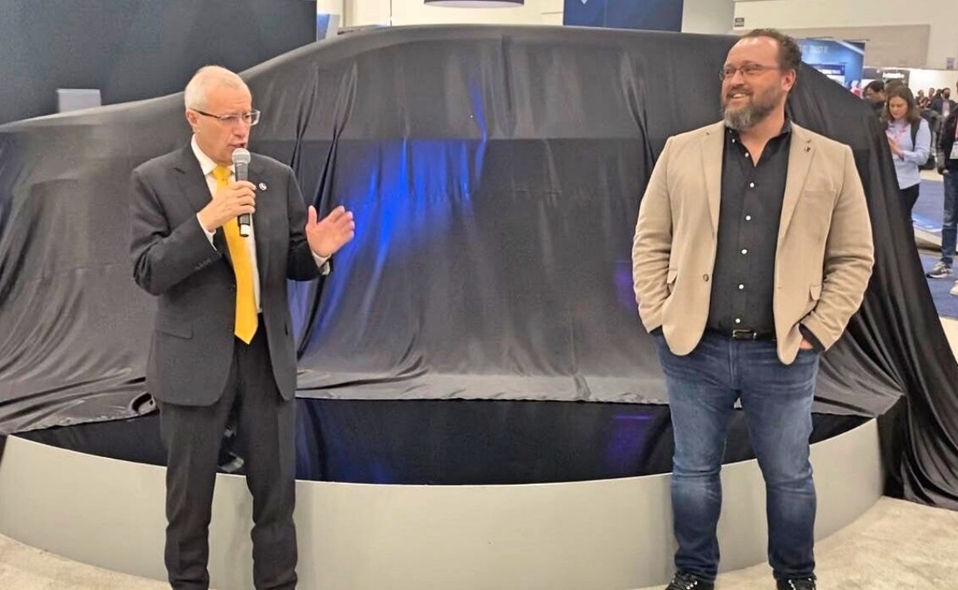 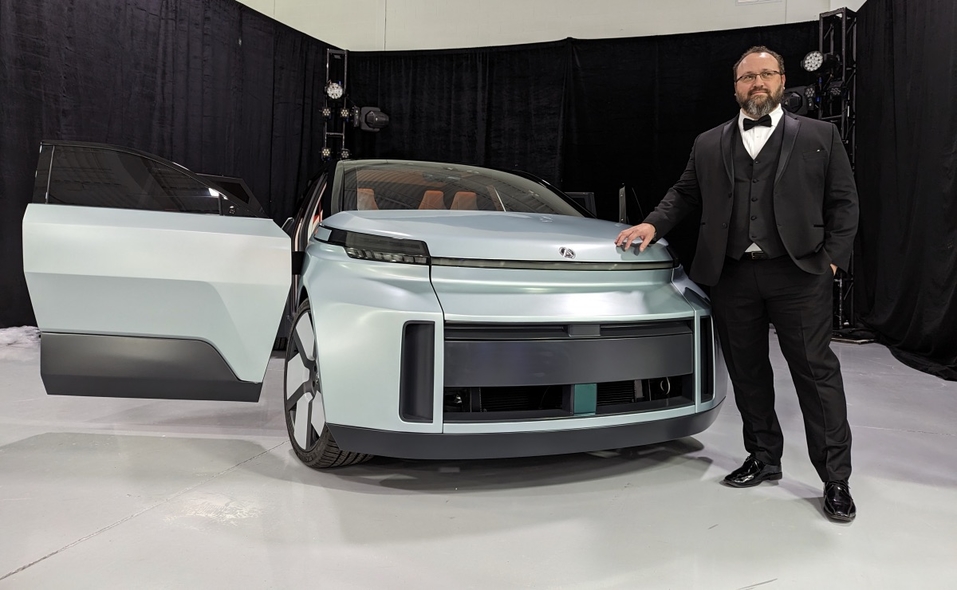 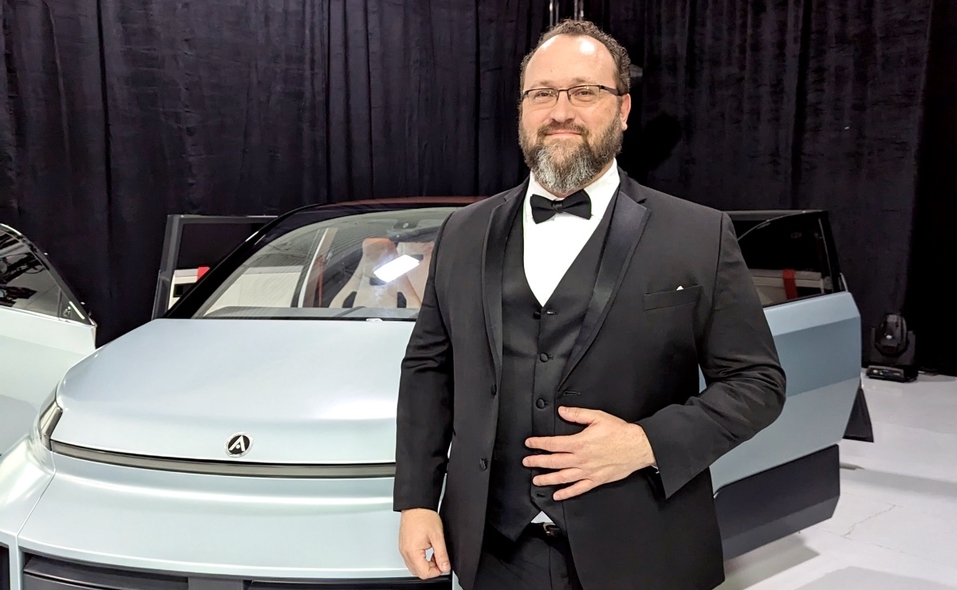 An unconventional electric vehicle prototype, with suicide doors splayed open and an unfamiliar badge emblazoned on the hood, made its global debut at CES in Las Vegas Jan. 5.

Built not by an automaker but by a trade association, Project Arrow is the eye-catching culmination of three years of collaborative work by nearly 60 Canadian parts suppliers. It will serve as a rolling showpiece for the country’s automotive know-how, according to the Automotive Parts Manufacturers’ Association (APMA), the driving force behind the project.

“The prime minister dared us to imagine Canada’s net zero mobility future and the premier of Ontario challenged us to build it. Today … we reveal Project Arrow to the world, with 25 new technologies,” APMA President Flavio Volpe said in a release.

#ProjectArrow unveiled! Proud to be recognized by @APMACanada as the Official eXtended Reality Partner. @TownofTecumseh's mobility company @ettractive played a large role in the development of the vehicle as a key integration partner for the software & controls of the systems. pic.twitter.com/B5oyBJsLWf

With a single exception, every component on the driveable, four-seat crossover SUV was built in Canada.

A suite of technology providers, such as software bill of materials company Cybeats Technologies Inc. and cybersecurity firms Akimbo and Autocrypt are also represented.

The nearly five dozen suppliers to see their products on the assembled prototype come from a pool of 534 companies that originally expressed interest in participating in Project Arrow. Volpe said the APMA qualified 230 of the original list as capable of delivering, but the trade association could not include them all.

The unveiling at CES follows a soft launch for suppliers and other key partners in Markham, Ont. Dec. 20.

The sole non-Canadian part on the Arrow is the vehicle’s in-cab touchscreen, which was built by China-based Lenovo. An exhaustive search, Volpe said, concluded that no screen manufacturers operate in Canada.

Project Arrow, which takes its name from the ill-fated Canadian-made Avro Arrow supersonic jet of the late 1950s, is built to 2025 model year motor vehicle safety specifications. The APMA said the collaborative initiative was the “biggest industrial collaboration project in Canadian automotive history.”

The trade association has not disclosed the total cost of the project, but the federal government and two provinces helped bring the project to life. Ottawa awarded the APMA $5 million for work on the vehicle through FedDev Ontario; the Ontario government granted the trade association $1.8 million in backing; and the government of Quebec committed $1.4 million to directly support several Quebec-based companies involved in the project.

The unveiling at CES follows a soft launch for suppliers and other key partners in Markham, Ont. Dec. 20.

At the event, Volpe told Automotive News Canada that Project Arrow’s main purpose is to give the innovative components and software companies a platform to highlight their automotive expertise. Ultimately, he said he wants to see “every one of these companies to get business directly from this showcase.”

“CES is the beginning,” Volpe said. “This is going to be on a two-year tour — auto shows, tech demonstration centres, but also direct visits to OEMs.”

While drumming up business for suppliers has always been the main goal of Project Arrow, Volpe said throughout the three-year design and build process that the APMA has fielded calls from unnamed automotive players interested in taking the concept into production. Volpe admits it would require a backer with “deep pockets,” but refuses to rule out building more than one Arrow.

“If someone makes a bet on it, and that is a sustainable bet, we’d work with them,” he said.

This report will be updated with photos from Las Vegas.

Below is a video of a tightly guarded reveal that happened in December for suppliers and politicians: